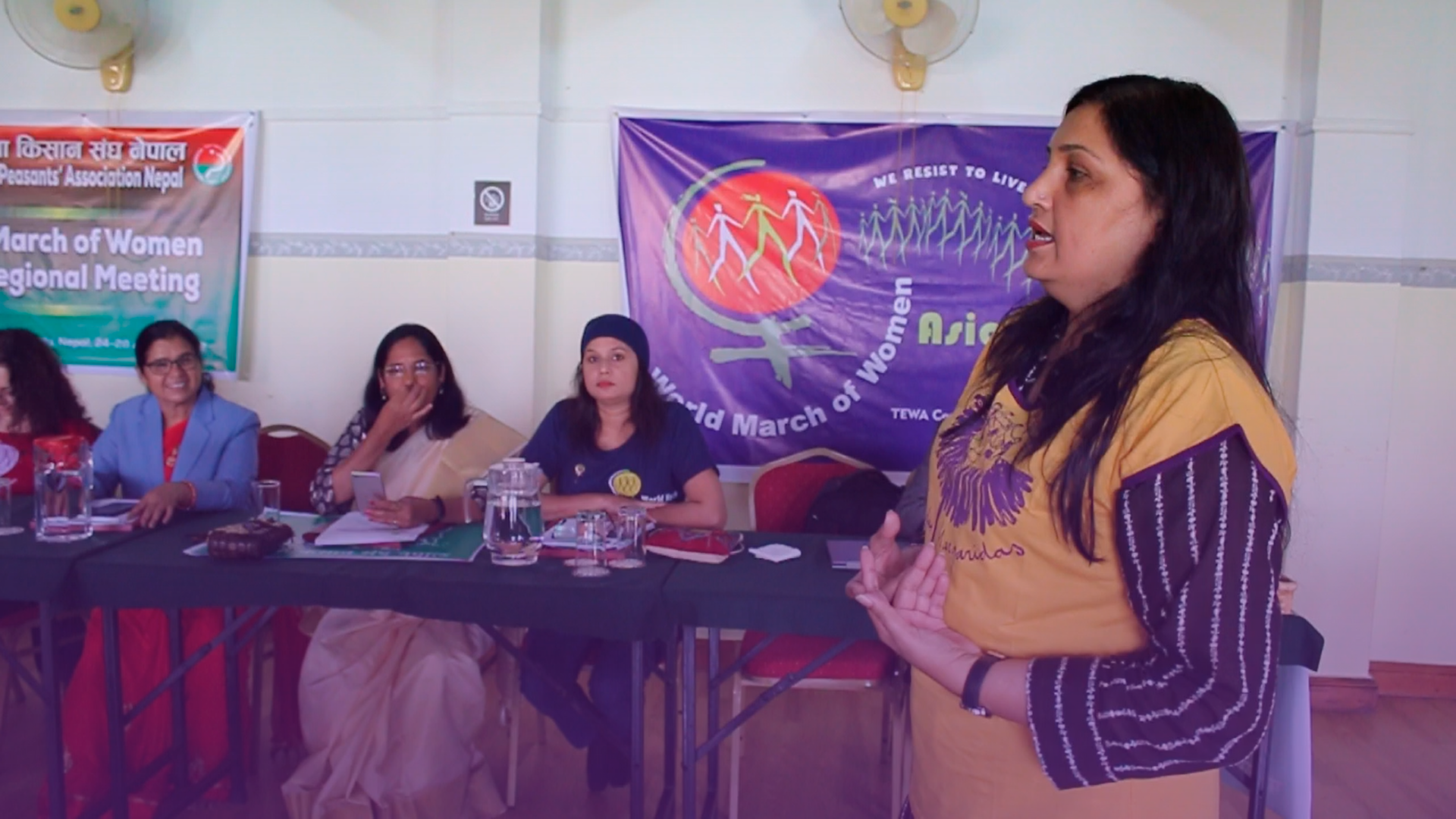 In South Asia, maybe the strategies and approaches regarding feminism can be different from one country to the other, but the main goal of the feminist agenda here is the same. On the situation in Afghanistan, the Taliban ruling have restricted women’s basic rights. Pakistan and Afghanistan share borders, so we know how much the political interference from the United States imperialism, and the involvement of NATO in there, affects people’s rights. Actually, it impacts every aspect of life. We have been trying to demonstrate solidarity with our Afghan sisters by listening to them about what is happening over there, and what are they doing to challenge and criticize this oppressive regime. This article will briefly analyze the situation in some Asian countries and its relation to feminist organizing.

In Sri Lanka, the authoritarian regime that rules the country for decades has poorly managed to deal with different issues regarding the maintenance of the country, which culminated in the collapse of their economy. The people’s day-to-day lives has been more miserable than ever, with families struggling to have access to food because of the country’s high inflation. Women, students, and other social groups are protesting every day. According to the reading made by our sisters from Sri Lanka, the long history of ethnic conflict and communal violence could be potentialized by this political uprising and economic crisis. And of course, women are at the tip of this violence.

The feminist movement in India, has been very strong. There is a big diversity in ways of mobilizing people into the movements there. They face the deep rooted patriarchal and class based structures, annexed with religious fundamentalism. The issue of the Dalit women has been mobilized by themselves and allies. In the actions, they are not behind, but on the forefront, struggling for equality. In Pakistan, a new wave of a more inclusive and diverse feminism has been growing for the last five years. On the other hand, there’s a big backlash and reaction from different States and non-state actors, including State institutions and religious extremists. Still, we are really proud to say that the feminist movement in Pakistan is promising.

The conflicts and brutal regimes’ impacts on the economy and on people’s lives in these countries are heartrending, and it demands global solidarity from the institutions. People are not only struggling for their lives, but challenging the regimes and calling for peoples’ democracy and good governance in their countries. Peasant and farmers are very active and women farmers are also on the fore front. They are at the forefront, taking the lead and reclaiming the governance structures. At the grassroots, their role in managing communities is very powerful.

In South Asia, we have very young democracies. In case of Nepal, after the revolution in 2006, we had a growth with more and more women at the leadership, more participation and representation at the assemblies. The feminist movement continues struggling for more space for women in politics.

The slogan of the World March of Women “we will keep marching until all women are free” means to be free from poverty, from violence, and any kind of discrimination and oppression. This is the bottom line of our understanding: wherever we are struggling, we have to be connected and extend our solidarity with the others that are struggling too.

The impacts of religious fundamentalism

The nexus between capitalism, authoritarianism, and fundamentalism is lethal, specially for women. The militarization in this region has created a lot of problems that have been seen more intensely in Afghanistan, but also impacted the neighboring countries. In Pakistan, the religious fundamentalism has been increased on our daily lives because of this “talibanization”.

The USA imperialism has made everything worse in the region, politically, financially and socially. There are a lot of humans rights violations in here, but these are not the concerns of the war masters in Europe, Russia, and in the US. Their way of resolving conflicts and issues is through militarization, and it only brings misery for people’s lives wherever they are. These conflicts have impacts on the feminist movements in our region, but we believe in the peoples’ resistance movement. That is what makes us powerful: to extend our solidarity with women from affected areas in South Asia or everywhere in the world. For example, during our regional meeting that happened with sisters from the World March of Women in September, in Nepal, we were debating the situation of our Afghan sisters in every moment possible, even though they couldn’t attend. That was an effort to do not let them behind.

It’s pertinent to mention what is happening in Iran now. Mahsa Amini was arrested and killed for not wearing the hijab according to what was considered appropriate by the fundamentalists or the “moral policing”, as they call in the country. After her killing, there was a huge Local & international mobilization in the social media and on the news to denounce the absurdity of this situation. In the country, a lot of people went to the streets, specially women of every age, not wearing the traditional clothes, headscarves, and hijabs. Young girls, students, teachers, peasants and older women came together and protested, deliberately showing their hair and heads, even cutting their hair. All of these actions were made to show that women’s bodies are not under men’s, religion’s or State’s control.

There was also a huge participation of men showing solidarity. This is the first time this happens in Iran: people of all kinds are showing solidarity on the roads, in public places, denouncing this discrimination and oppression imposed by the religious fundamentalism. In some of these Islamic countries, the government and even the Constitution has a history of islamization of every aspect of life. However, what we are seeing with these recent events is a peoples uprising, up to open new debates, and creating confronting strategies against fundamentalism.

The regional meeting of the WMW South Asia

In September 2022, sisters from India, Pakistan, Bangladesh, Sri Lanka, and Nepal joined together in a regional meeting with a main purpose to understand the patriarchal and authoritarian regimes in these countries and its impacts on women lives and on the women’s rights movements in the South Asia. These sisters from different countries strategized on how is possible to connect the women struggles from the grassroots level to the global and international movements.

The World March of Women is a global feminist movement allied with other networks and organizations that have common agendas. These connections allowed us to reflect and expose the ugly development of capitalism and the role of transnational companies in shaping our economies. The discussion also mentioned the far rights and authoritarian regimes, and how these governments have increased in this territory. Besides, we discussed the global challenge that is the impact of climate change, and the relation between it and the exploration of labor and natural resources from big corporations on South countries.

The space of WMW, with its own decision-making structures, is an opportunity to roll out the political agendas and values of the movement with new sisters and organizations. That was done in the sense to expand our organization in the region and to provide a common feminist reading of the political conjectures of South Asia. That was a good opportunity to gather the old and the new with our history, our long term participants, but also with young activists, new National Coordination Bodies (NCBs) of the WMW, and new allied organizations.

We observed that the women joining us now are very much inspired by the spirit behind creating this space for women’s actions. They were curious about the functioning and the structures of the WMW throughout the world. They were committed to stay in touch with the regional NCBs, the International Committee Members, and to be part of the movement in the future actions. It was a big opportunity to connect, learn and synergize strengths and struggles to challenge oppressive institutions in South Asia.

Bushra Khaliq is a member of the International Committee of the World March of Women, representing Asia. She is also the executive director of the feminist organization Women in Struggle for Empowerment – WISE.