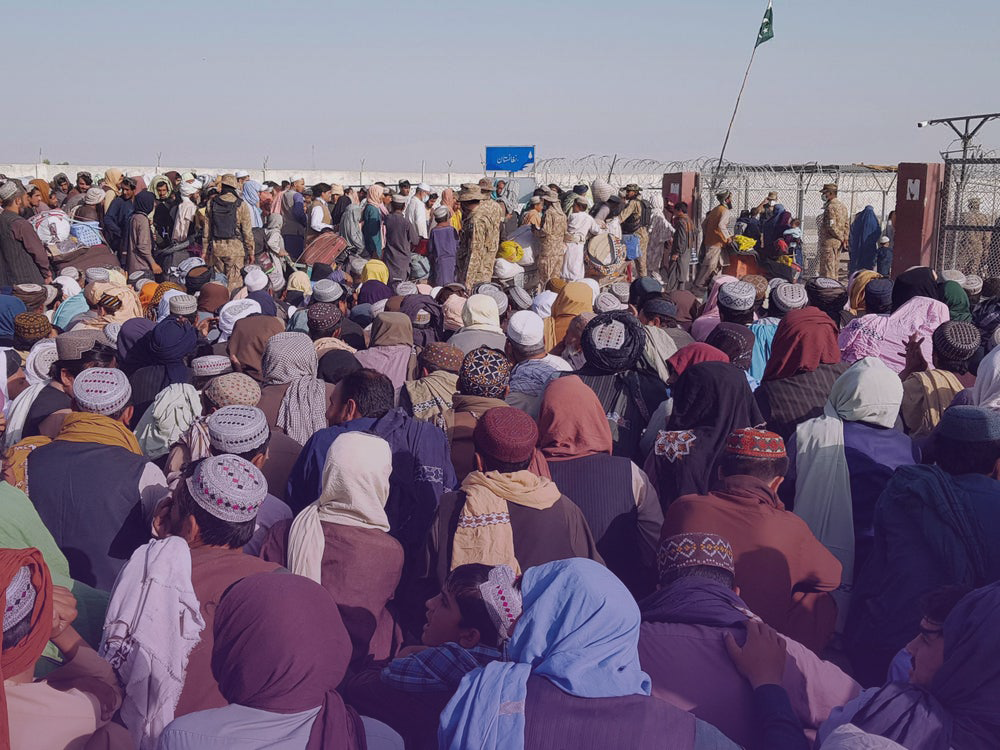 The Taliban and the Occupation Affect the Entire Region: Pakistani Women Against Authoritarianism

Read and listen to Bushra Khaliq’s contribution during the “Feminist Struggles To Bring Down Authoritarianism” webinar.

This is an edited version of a contribution by Bushra Khaliq, of the World March of Women Pakistan, during the “Feminist Struggles To Bring Down Authoritarianism” webinar. The World March of Women has declared it will stand in continuing solidarity with the women from Afghanistan and is calling women from all over the world to stand in feminist solidarity for 24 hours on September 1st.

About the authoritarian regimes in our region, we have more reason to react to adverse situations than to celebrate. The government’s policies regarding the protection of women and human rights in our countries are under attack. Our political leaders and our prime minister have been making statements such as “woman can be raped based on what she is wearing.” After that, there was a huge criticism on one side, but the patriarchal mindset speaks louder. They are showing their hatred and their misogyny against women’s visibility and participation in public affairs.

Women are being attacked, raped, beaten, and even murdered in different parts of the country. It’s a huge crisis, there is so much anger. We are concerned about the behaviors, the mindset of those people who are in power and who are enjoying the privileges. How do they see, analyze, and identify the causes of the rise of violence against women?

The rights of the religious minorities are also being threatened. There have been several incidents where people attacked worship places of religious minorities. This intolerant mindset prevails not only in the society, but also among the parliamentarians, the head of the parliament, and the head of the state. Their bigotry and discriminatory statements  cause more violent behaviors in the society.

During this two years period, we have been experiencing a huge crisis in the health sector. It is a failure of the state when they are unable to respond to the pandemic of covid-19. Thousands of women have lost their jobs, the health sector collapsed, the implementation of the standard operating procedures was not followed by the people, and the government failed to make sure that the pandemic has been addressed properly. The issue of supplies, specially the vaccine, and the fallout of the economy are very critical realities.

Relations between Pakistan and Afghanistan

Pakistan has a long border with Afghanistan. In the face of socialist influence in Afghanistan since 1979, Pakistan provided a lot of support to the US imperialist intervention. Pakistan has also been adversely affected because of its policy for Afghanistan in coalition with the imperialistic forces. The country has been suffering because of the opening of borders. More than three million Afghan refugees came into Pakistan on foot because we share the longest border with the country, on the North and East sides.

Pakistan hasn’t recognized or ratified policies for refugees. This is why, for the last 40 years, we don’t have comprehensive policies or laws to accommodate the refugees and to provide their human rights. Even though it’s important to welcome the refugees and to open the borders when people are in crisis and want refuge, if you don’t have any infrastructure, policies, or laws for the protection of refugees, it can be a disaster.

On August 15th of this year, Kabul was captured by the Taliban, the fundamentalist group who ruled the country from 1996 to 2001. At that time, the government of Pakistan recognized the Taliban leadership, being the first out of three countries that supported them. The Taliban have a very brutal history of governance, and now for the second time they have occupied the whole country of Afghanistan. The US forces have started evacuating from this region. The way they left Afghanistan has brought the country to the brink of civil war. The whole system has collapsed.

During the first regime of Taliban, the destruction was unimaginable. Women’s rights, the protection of religious minorities, and the economy of the country were in very bad shape. During the 20 years of the imperialist American intervention in the country, the new generation, especially the women, were getting education. The schools were open. We might have seen women artists who were travelling into other countries and portraying a positive image of Afghanistan. Even so, they were not able to manage things, to empower the people, and to translate the whole Taliban regime to the people of Afghanistan.

Now it’s all a threat. The journalist community is under strike because they have been beaten and humiliated because they are broadcasting different videos of protests on the Independence Day of Afghanistan. They were exposing how the Afghan people are showing their resistance to the Taliban government and how the women are marching outside and demanding for political change. The artists are also under threat, because Taliban does not recognize any cultural expression. Women who were in politics and in public life are being threatened too.

The Taliban has a long criminal history with murders, killing and authoritarian behaviors. They have their own dress and ethics code. We are concerned about the safety and protection of women in general, who are very much afraid of not knowing if they will be able to go back to their offices or not. The Taliban have announced amnesty to everyone, but the people of Afghanistan, especially the women and former government officials, are afraid to continue their work.

We and other World March of Women’s sisters are already in touch withAfghan women’s activists. As a feminist movement, we have to think about how we can extend our solidarity to more than statements. We must make our governments realize that the recognition of the Taliban as a government could be another disaster for for the people of Afghanistan and for the region where they are at. Let’s get united to support women’s rights in Afghanistan. They have been suffering for the last 45 years. It’s time to show our solidarity with creative and concrete actions.

Bushra Khaliq is the executive director of Women in Struggle for Empowerment (WISE) and member of the International Committee of the World March of Women representing Asia and Oceania.