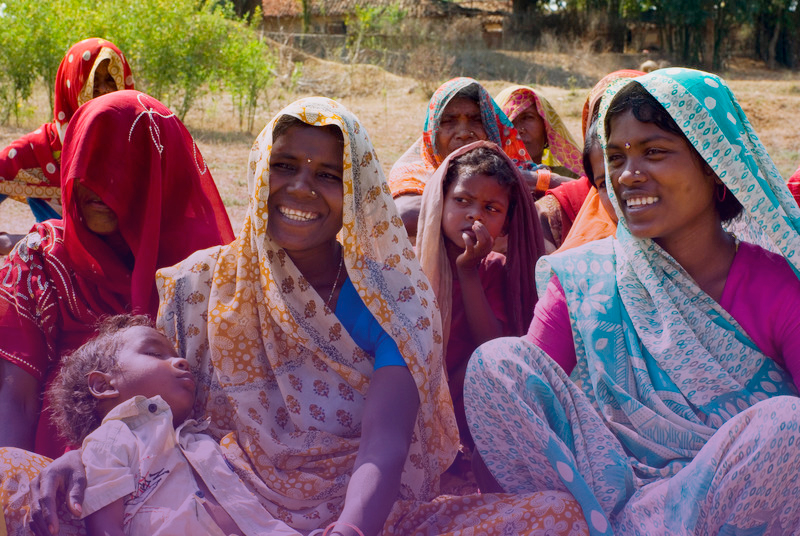 We remember the words and struggles of the activist Shashi Sail about her experience fighting for women’s autonomy.

Shashi Sail was a feminist activist and one of the founders of the World March of Women, who, unfortunately, passed away on July 2021. Shashi was crucial in the internationalisation of the World March of Women when she took up the challenge of organising the first International Meeting outside Montreal. Her contributions to the debate on violence against women in the South Asia region have marked the history of the movement.

This is a speech by Shashi about her experience defending the freedom, bodies, territories, and knowledges of women threatened and controlled by witch hunts in India. She delivered this speech at the symposium “Witch Hunting In India: A Scandalizing Reality,” organised by the Human Rights Defense India (HRDI) at the Indian Law Institute, New Delhi, on 30th May, 2013. By rekindling her voice and her words, we want to contribute to keeping alive the memory and the struggle of Shashi Sail for women’s freedom.

I will share with you my past experience, way back in 1982, when I read in the newspaper that a woman in Abhanpur was witch hunted by the entire village. She was beaten and all kinds of atrocities were being committed on her. So a delegation of our women’s organisation went to that village the next morning and we wanted to meet that woman. She was about in her late 50s, a widow and mother of three sons. She had come to this village as a child bride. The story she told us was that now it is her sons who have raised the first finger against her and called her a witch and said she was practising witchcraft. But the real reason was that they wanted her house and her land, which she inherited from her husband.

We wanted to have a meeting in the village with the women to discuss the issue. We spent the entire day in the village knocking at every door, asking the women and the girls to come for a meeting. We sat there almost 5 o’clock in the evening. Nobody came for the meeting. We were waiting in the panchayat[1] cabin and, finally, in the evening, panchayat leaders of the village came with a group of young boys and their crew. The women were standing on the periphery, quiet, their heads covered, their mouths covered. The panchayat leaders told us to leave the village and said they would take no guarantee for our safety.

I was stumped because my organisation and members were new to the village, we did not know anyone there. So I said, “Yes, we are ready to leave the village, but I would like to ask this woman as to what she would like to do.” Then I asked her in front of everyone. I told her the purpose of our visit and asked her what she would like us to do. Without saying a word, she followed me outside the village. She walked with me. She decided that she was going to leave the village with a complete stranger. Honestly, I was stumped, because I didn’t know that woman, I didn’t know what to do with her, we had not planned anything like that. But I was forced to reflect that here is this woman who is ready to walk out of the village which she called her home for so many years. This was one of my first experiences.

Of course, we took the legal action and legal powers that were open to us. We registered a complaint with the police, who initially refused to do it. But because it was an organisational effort, they were forced to register. Then, we realised that more than 20 days have passed and they have taken no action. We sent them reminders. We telephoned them, but the whole attitude of the police was ridiculing us, as to “why are you pursuing a case like that?” Finally, we decided to take matters into our own hands. We gathered all the police panels in Abhanpur and said, “We are going to sit here unless you conduct an inquiry, you take action of what is possible under the law.” It is only with this drastic action by about 50 or 55 women that the policemen moved themselves and took any action at all.

We contacted the press media. They were interested in the issue. They wrote about it. But I felt that it was not as seriously taken as it should have been reflected in the media. It was most trivialised and sensationalised. There was no law related to witch hunting at that time. So I must admit that, way back in 1982, we were in doubt as to what action we should take, so we consulted lawyers and they fought her case. Then, the problems that we faced by dealing with her case and with subsequent cases of witch hunting – in Chhattisgarh, basically, in Raipur district and Mahasamund district, where I am based – are that women were afraid to talk about it, to express sympathy or their opinion about the woman who has been accused of practicing witchcraft. They are afraid because this is like the Damocles sword that hangs about every woman. No woman is free from this threat. If she deserts the beaten path, if she walks a new path, if she raises her voice on these questions, she might be the next woman targeted as one practising witchcraft. That kept the women away from us. We could tell, from their body language, that they were in sympathy, but they would not come out openly.

Of course the men in the village initially refused to believe that we, women from the city, would be interested in such a case and would like to do anything about it. They refused to believe and took us very lightly. But once when they realised that we were serious, they began to make fun of us and ridicule us. It was an unspoken boycott of us in the village. People would not offer any information.

In this case, it was the woman’s sons who were accusing her of practising witchcraft, so it was not a case of ill health or somebody falling sick or dying or one particular accusation. Then we talked to the sons and they absolutely refused to address our question and to accept that they were doing this out of their greed, because they wanted to deny her that.

We came across a similar case only recently, when a grandmother, a widow, was attacked by her own sons because she owned the house where they lived. They wanted to get her out of the way so they could own the house and the piece of land. Of course, those who had vested interest in these particular cases of witch hunting even went to the extent of threatening us. If we came back to the village, we would be pursued, they would threaten us.

The Lachkera case happened many years later, and during this period of taking up these cases, we were continuously struggling with this question: how do we encourage women to come out in support? We are talking about women’s solidarity. We undertook a long journey. Even in Lachkera village, when we read about it in the newspaper, we went to the village and met with the same fate: we stayed the whole day waiting for a meeting, knocking on every door saying that the women should come to the meeting. And in this village we were not first comers, they knew us. The women were members of the organisation, they supported us, but on this issue they were afraid to come out in the open, so we had to leave the village without having a meeting. In fact, we were threatened by twenty men who were involved in the whole witch hunting episode against three women of that particular village.

That Lachkera incident was the landmark of our involvement because, of course, it was highlighted in the media, and we also had other constant meetings with the women in the surroundingvillages, where brought up this issue very subtly. It is only at one meeting, when women from five villages and those three women were present, that we were able to mobilize and motivate the women to express support and solidarity.

During this journey of dealing with cases of witch hunting, we have found that women have been hunted for health reasons, for property, for political reasons and for jealousy and anger. They threatened the women they were supposed to take care of and deal with.

Even though this is a standard living reality, as you have seen, I would like to answer to my friend who raised this question, “Why are you focused only on Chhattisgarh? It seems that witchcraft or witch hunting is done only in Chhattisgarh.” That is not so. I prepared a paper on violence against women and I chose to focus on witch hunting and witchcraft to present at the World Social Forum, which was held in Brazil. Since it was an international conference, I wanted to hear from other countries also. I presented this paper as part of an international network called the World March of Women, so I had access to women members of WMW from other countries, such as South Asian countries, Latin American countries, and the African continent.

I was amazed and surprised that this tradition of targeting women is present even in these countries. I also learned that they were called “soul eaters” and, more or less, they had similar reasons or even more aggressive ways of torturing the women who were identified as the “soul eaters.” By listening to the speakers in the session before this, it was emphasised that education, wealth facilities, and roads and accessibility should be available, to makethis die down or in order to control it.

Of course, I am not ignoring or denying that these basic facilities are required even in remote areas, and that the lack of them accelerates the custom of witch hunting. But I would also like to point out that we need to challenge the basic patriarchal values that are present in our society and in our families. It is only when we replace these patriarchal values with values that are more inclusive, giving equal status, rights, and sharing of roles to both man and woman, that we can think of controlling it.

Somebody also said that Chhattisgarh is a state where you have a law and this law has been effective in the sense that now people are afraid. Earlier, it was considered a sense of power that a man or woman would make accusations. But now, after the law, there is more awareness and people are afraid that they would be taken straight to the police because of this law. But legislation, alone, is not enough. There needs to be a social and political ethos. Then, we can create a situation where women do not face this atrocity.

[1] Panchayat is a traditional and community-based system of social and political organisation, present in parts of India and other South Asian territories.