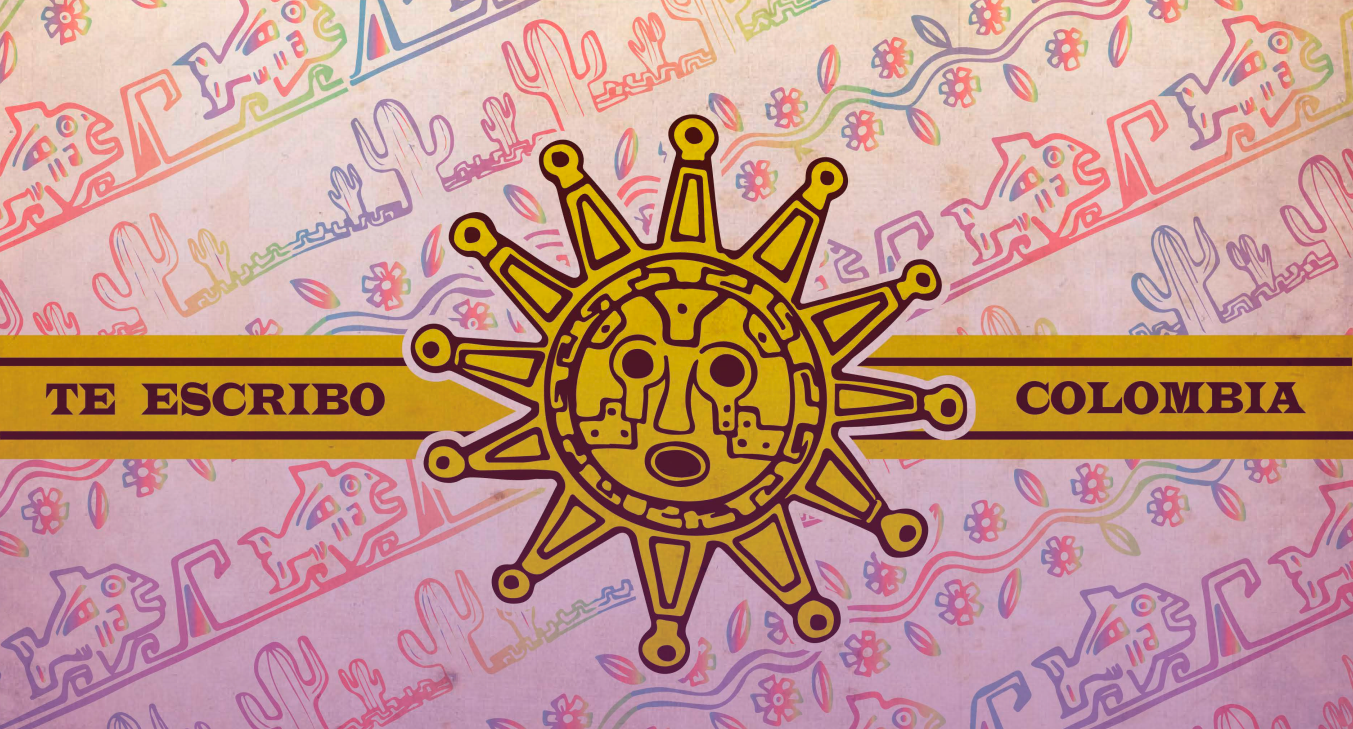 Day after day, the Colombian people has been experiencing the consequences of a state that has been built on militarism, violence, and neoliberalism. A state that clamps down on demonstrations, persecutes social movements, and criminalizes and murders women and political and community leaders in order to keep its power. To stand up for life, freedom, and a new form of politics for Colombia, thousands have taken to the streets against inequality, privatization, the cutting off of rights, and the political project represented by the current Iván Duque administration.

Standing in solidarity with these relentless fighters, organizations that come together in the Alliance for Solidarity, Resistance and Hope have launched an open call for letters, poems, short stories, and other text types that can speak with the Colombian people. The outcome of this process is the e-book Te escribo Colombia [I Write to You, Colombia], published in Spanish on March 28th, 2022, including illustrations by Evelaine Martinez, of the Cândido Portinari Plastic Arts Brigade of Brazil’s Landless Workers’ Movement [Movimento dos Trabalhadores Rurais Sem Terra—MST]. This initiative was coordinated by La Vía Campesina, FIAN International, the International Federation of Rural Adult Catholic Movements (FIMARC), and WhyHunger.

The alliance has decided to encourage the production of literary texts because “literature plays a relevant role in grassroots struggles as the expression of a social place, as a space of enjoyment and dreaming, as a weapon and a source of pleasure, as a connection between human beings and nature, as a way to provide new meanings to the human condition, as a projection of a future of freedom and abundance.” Te escriboColombia is a way of making solidarity international, strengthening rebelliousness, and stating that people from around the world are watching the systematic human rights violations being perpetrated in the country.

We share below the translation of the text “Letter to Friends That I Know and Friends I Have Yet To Meet,” by Sofía Monsalve Suárez, a Colombian woman living in Germany. You can read the original letter and the full book here.

I write this letter to you today as a sort of castaway who launches a cry for help into high seas. I’d like to ask you to write to Colombia. In times of profound sadness and distress, the words that listen to us, the silence that rescue us, the stories that help us contemplate the birds and the wind blowing through the trees and feel the rain and the fire that burns in other hearts, they rekindle our strengths to heal, to cope: there is something beyond what we have had to live—there is hope.

I live thousands of kilometers away and for more than 20 years I have been away from Colombia, my homeland. Not one week has passed this year without news of the murder of women and men, community leaders, peasants, Indigenous people, Black people, environmentalists, union leaders, students, and young people in Cauca, in Nariño, in Putumayo, in Antioquia, in North Santander, and other departments.

Massacres are being committed again. The war does not end. But death does not have the final word. This is why I would like to ask you to write to Colombia. To defend life. To sow peace. Tell stories that invigorate its peoples, about the rivers that meet ours and create immense seas; tell us what blossoms in your imagination when you hear names, melodies, stories that come from this Andean, Amazonian, peaceful, Caribbean land.

Write to Colombia. So that it is not left to loneliness, without a second chance on earth. As a way to embrace the profound, universal yearning for peace for those who have struggled the most with the torments of war.

“I Am Sahara,” a poem by Salka Embarek

For the freedom of the people of Western Sahara, here’s a poem by Salka Embarek