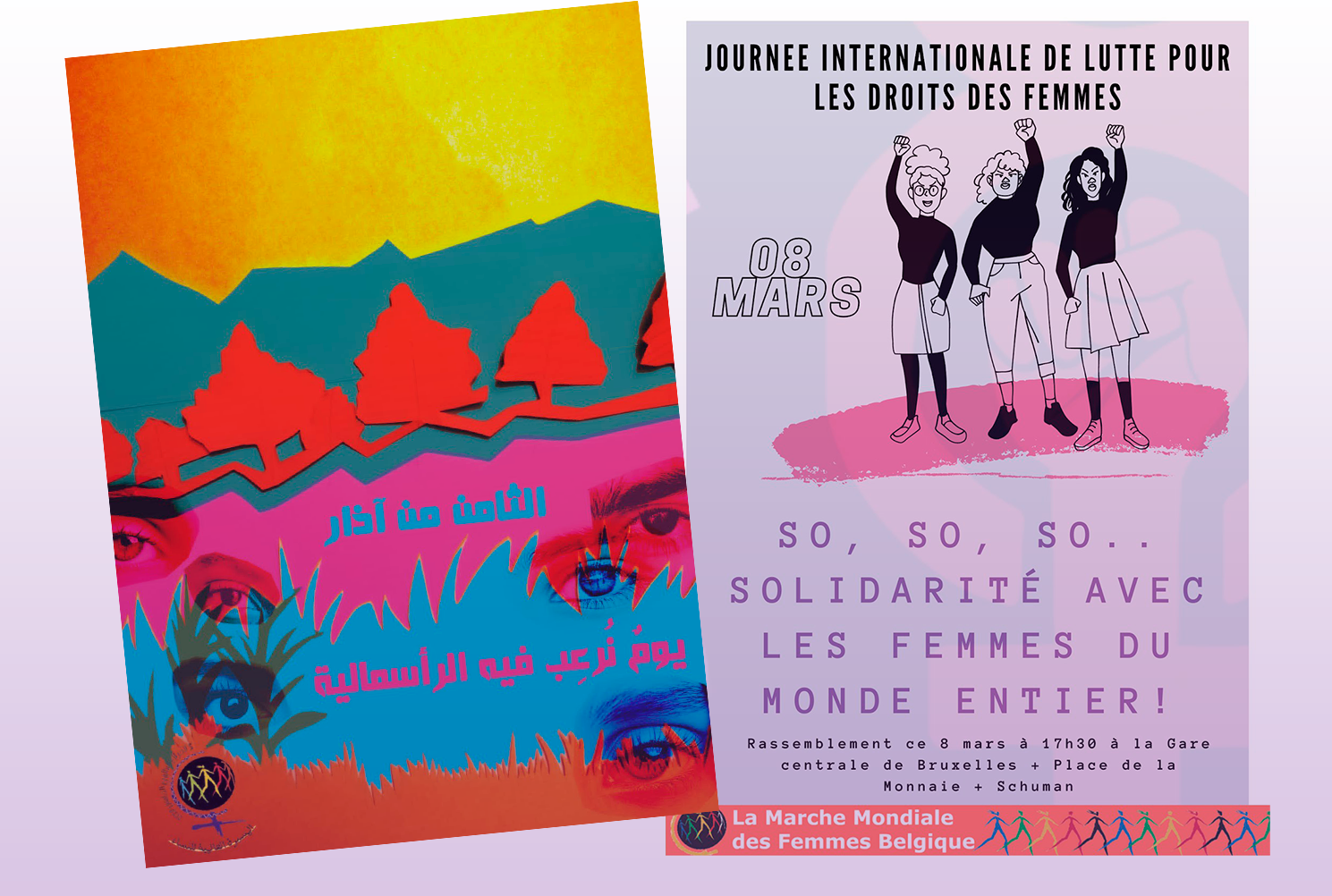 Call for Posters: Anti-Imperialist Feminism To Change the World

Women from all over the world can create and submit posters by April 15th. Selected works will be included in a feminist virtual gallery that will be launched on May 1st.

By Capire and AIP

Feminist, anti-imperialist, anti-capitalist, anti-racist sisters! Around the world, women are on the frontline resisting against imperialism. Women struggle every day against war, violence, blockades, invasions, occupations. From Cuba to Palestine, from the Democratic Republic of Congo to India, from Venezuela to Western Sahara, women defend land, decent work, life, communities, common goods, freedom, and people’s sovereignty.

The history of working-class women is a history of struggle, organizing, and resistance. And this history, that we continue to write today, is also a history of feminism. Our feminism is based on the self-organization of women to change all structures of exploitation and domination until we all are free. Grassroots feminism fights for life free from patriarchal and racist violence, for autonomy over bodies and sexuality, for economic autonomy with rights, for food sovereignty. It tackles neoliberalism, corporate power, and the commodification of life and nature, standing up for public services, common goods, and environmental justice. Anti-imperialist feminists build internationalist solidarity in their everyday lives.

We are diverse women — peasants, Black, lesbians, unionists, Indigenous, urban, rural, teachers, young, adults, older adults, workers, descendents of those who have resisted and fought slavery — who share a long history of collective organizing, of shared struggles. Anti-capitalist and anti-racist feminism does not divide the struggles; it builds its strength from women’s organization in each and every territory, from their diverse leading roles. Feminism is rebellious and fearless. It creates and recreates symbols, along with alternatives for a society in which the sustainability of life is placed at the center, based on equality, solidarity, freedom, justice, and peace. While there are different names for it, these are some of the fundamental struggles for feminism that we want to portray in these posters.

To strengthen this revolutionary feminism, we call all women to express their artwork in our Call for Posters organized in partnership with the Capire portal, the International Peoples’ Assembly, and the International Week of Anti-Imperialist Struggle. The posters may include illustrations, photographs, collage works… What matters is the creativity and the will to make a contribution. We will use the materials submitted to organize an international virtual gallery to be launched on May 1st, Workers’ Day!

Create your artwork and submit it through the form by April 15th, 2021.

Here is a list of reference articles for inspiration:

1. March 8: Women’s Rebelliousness and Strength To Change the World (with audio version in Portuguese)
2. Colonial Occupation and Patriarchy in Palestine: Interview With Ruba Odeh
3. Cuban Women Organizing Solidarity and Anti-Imperialism
4. Peasant Struggles in India, a Feminist Perspective (with audio version in English)