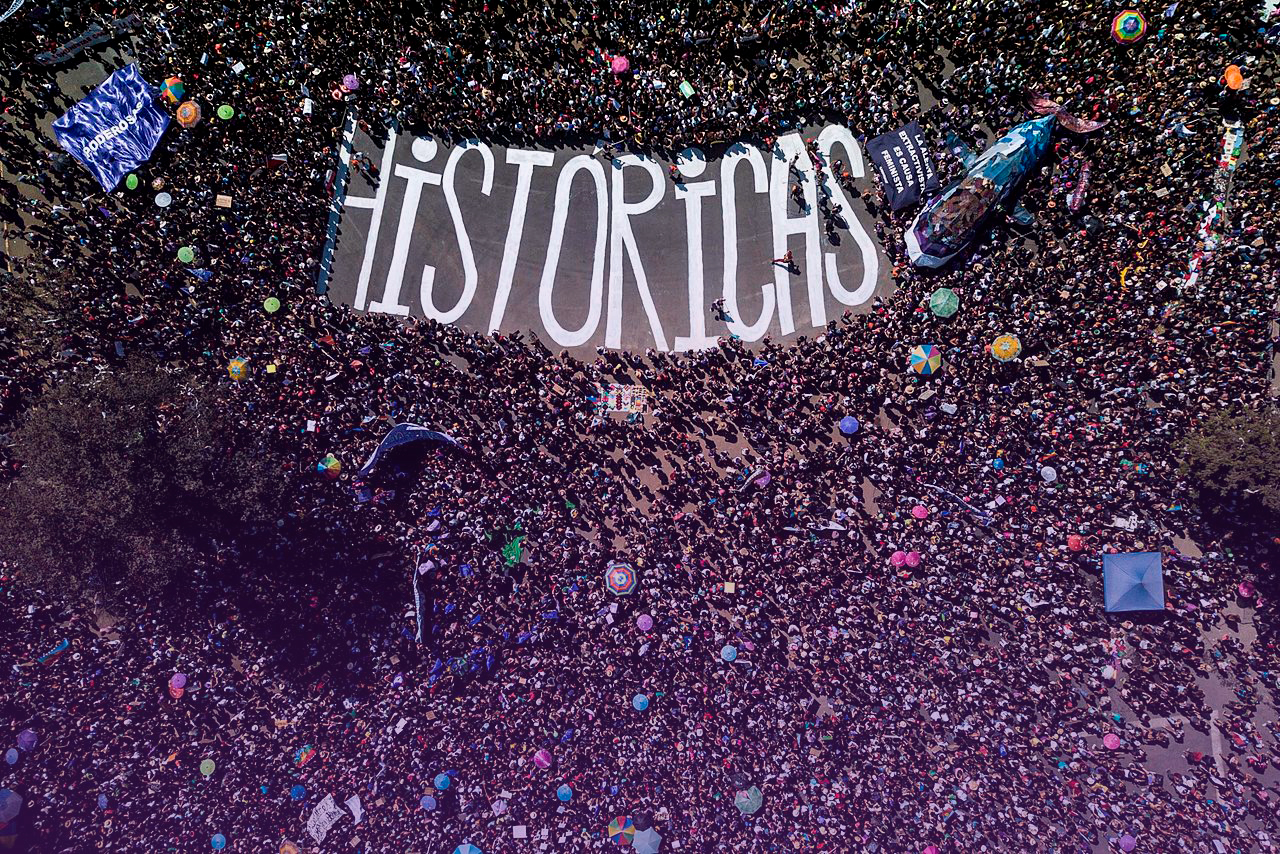 March 8: Women’s Rebelliousness and Strength To Change the World

Read and listen to the words of Nalu Faria, of the World March of Women, from her contribution at the “Challenges of Grassroots Feminism” Webinar, as part of the preparations for March 8.

We have many expectations about how we can move forward in building grassroots feminism, in a process of alliance and building anti-imperialist, anti-capitalist, anti-patriarchal, and anti-racist feminism. Every year, it is always very interesting to bring back the meaning of March 8. We look back at the origins of the date and its process, which moves us and empowers us, because it really shows what was being built even before the establishment of this date as the Working Women’s International Day of Struggle, and the process that came afterwards.

The origins of March 8 are connected to the struggle of socialist women in the beginning of the 20th Century. At that time, socialist women were building their struggles in strong opposition to capitalism, as they understood capitalism as a model that aimed to expand across the world, across all territories, with its colonialist and racist character, and also a character of women’s subordination, so a patriarchal character. Therefore, the building of March 8 has connected, since its inception and throughout time, the everyday struggles of working-class women with a perspective of transformation.

March 8 bears a memory of struggle, organization, transformation, pursuit of equality, and also this international dimension and challenge to the system. In the process that followed the definition of this date, in the building of this movement, it is important to acknowledge that there have been conflicts and different views, for example regarding the relationship between the struggle for women’s equality and social change, or later the tensions for a stronger incorporation of the dimensions of race and sexuality. But it was from what we have learned that a broader view came to be regarding the challenges we face to build equality for women in a world marked by complex relationships of exploitation, oppression, and domination, and by a huge variety of social formations across different peoples. Working-class women organizing has become part of the historical challenge of women’s self-organization and self-emancipation, but also stated that being part of a global working-class movement in pursuit of change is fundamental.

This is the major date for the women’s movement, and we must think about its meaning and vocation to build grassroots, anti-system feminism. If we start from women’s organizing process in the early 20th Century all the way to present times, we will realize that we have brought back a lot of women’s history, of what has been our struggles to resist capitalism and colonialism in our regions and territories. But we will also see that the process of building feminism has become more complex and amplified the perspective of change.

This is related to the fact that capitalism, to maintain itself, has incorporated patriarchy, racism, colonialism, the destruction of nature, and discrimination against diversity of sexuality and gender as integral elements of its dynamics. And it is also responsible for the mechanisms that update its forms of exploitation and control. Capitalism constitutes inequalities within inequalities, and so it poses more challenges for us to build working-class unity.

Dividing us and breaking us apart on the basis of identities is a strategy of capitalism, in which it attacks exactly the main dimension that we must keep as working-class people, which is our unity amidst our diversity. To be able to observe plurality without losing sight of the class dimension. Every time we lose sight of the dimension of class, we become more vulnerable to the attacks of capitalism. Throughout its history, feminism has been one of the movements that has pushed further in the sense of change, even with its differences, with plurality, and fragmentations. Feminism indicates the irreconcilable contradiction between capital accumulation and the sustainability of life.

By building up this understanding, when we reject the fragmentation of identities, we present our constitution as political subjects from where we are: from women’s movements, the peasant movement, the Black movement, the ecology movement, from our territories, from the left-wing political parties. Our constitution as political subjects who are the protagonists of our own history is what provides us the thread connecting a project of change.

Stating the historical meaning of March 8 requires critically looking at processes such as the UN [United Nations] acknowledgment of the date concealing its revolutionary origins. This becomes a deeper issue as March 8 is solidified as an official umbrella date for governments and more and more companies. These companies do what we at the World March of Women call purplewashing, to make it look like they work toward women’s equality. The process of concealing history and the sense of struggle has been repeatedly challenged by several feminist scholars.

To us, restoring the meaning of March 8 struggles means stating a very critical stance, opposing all this system and its structures. It is not only about the most apparent structures of domination—transnationals, financial capital, cutting back State policies and social protections—, but it is also about these attempts to mislead us with an idea of conciliation or damping down of conflicts.

It also means reinforcing the perspective of permanent organizing by women, which is what sustains the movement and allows us to promote real, deep, radical change. Feminism is not simply a different “narrative.” It is a grassroots, collective movement in action.

Today in the world, we are living a very unique time as women, beyond what we already know as militants, as builders of the women’s movement and the broader struggle of women from grassroots feminism. In the bosom of social movements and sectors that fight against capitalism, there is increasing acknowledgement that, within the working class, we, women, are suffering more and more attacks from exploitation and capitalist control. This is why it is impossible to build anti-imperialist and anti-capitalist policy without incorporating feminism and its anti-patriarchal, anti-racist, anti-colonial struggle.

Acknowledging this is extremely important to consider the processes of struggle and organization, precisely because we are the ones experiencing increasing vulnerability, violence, and attacks against our autonomy, our body, and our sexuality. The strength of our organization is acknowledged on all levels. On the local level, on the people’s level, on the international level, we have been able to make the connection between our memory, our history, our resistance, and resilience, as well as the proposals and articulation of a new world that we are building. This new world also needs elements from our history. Yes, there is an old world to be destroyed, but this old world also has practices, knowledge, and experiences to be acknowledged. We have been doing a lot of this movement from feminism.

Now, on our March 8, 2021, we are assigned the same task women had in 1917 Russia, when they started the Russian Revolution by fighting against hunger and war. Today, in our context, our demands also include the fight against hunger, against genocide, against all war, and we know for sure we will be millions struggling for the sustainability of life. When we talk about sustainability of life, we are talking about equality and harmony between humans and between humans and nature. Therefore, we are talking about change.

Nalu Faria is a member of the World March of Women International Committee and the Latin American Network of Women Transforming the Economy (REMTE).

This article is an edited version of the contribution by Nalu during the Challenges of Grassroots Feminism Webinar, as part of the preparations for March 8.