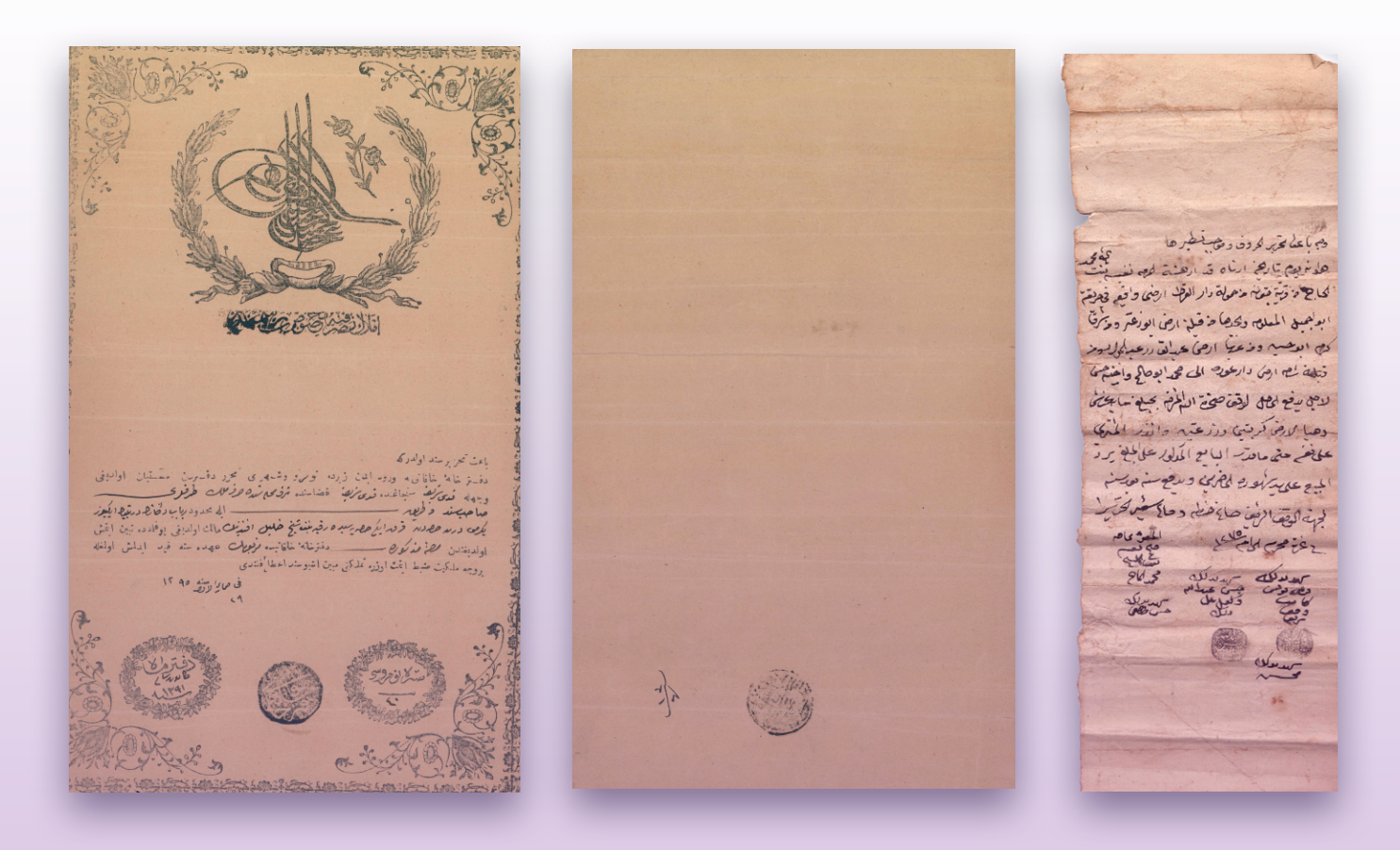 Palestinian Land Day: These Lands Belong to The Women

On this year’s commemoration of Palestinian Land Day, Capire shared and translated information from documents that are more than a hundred years old, acknowledging land property to Palestinian women. These are meaningful documents, because they show the actual ownership of Palestinians to the land. Besides, it shows the fact that women used to own lands, something which a lot of groups are trying to take away from them. This date marks the struggles against all forms of oppression and disenfranchisement, Zionist, religious or conventional, that steal the land from its people, and put it in the hand of the powerful few.

We are thankful for Khazaaen, not only for collaborating with us, but also for the amazing and inspiring efforts they are putting in saving, documenting and archiving the material history of the Palestinian people, and thus the whole region. The organization’s website has made public almost 6,500 documents, dating from 1615 to 2021.

This is an original land sale document, in Ottoman language, stating the selling of a piece of land in Beitunia, Palestine, from Nafissa bent Muhamad elHajj, to Muhamad abu Saleh and his brother Hassan, in 1858.

This is an original land deed, issued by the Ottoman Cadastral Properties Office in Ottoman language, stating that this piece of land is in the name of Rukayya Bent el Sheikh Khalil, from Kuds (Jerusalem), in 1878.