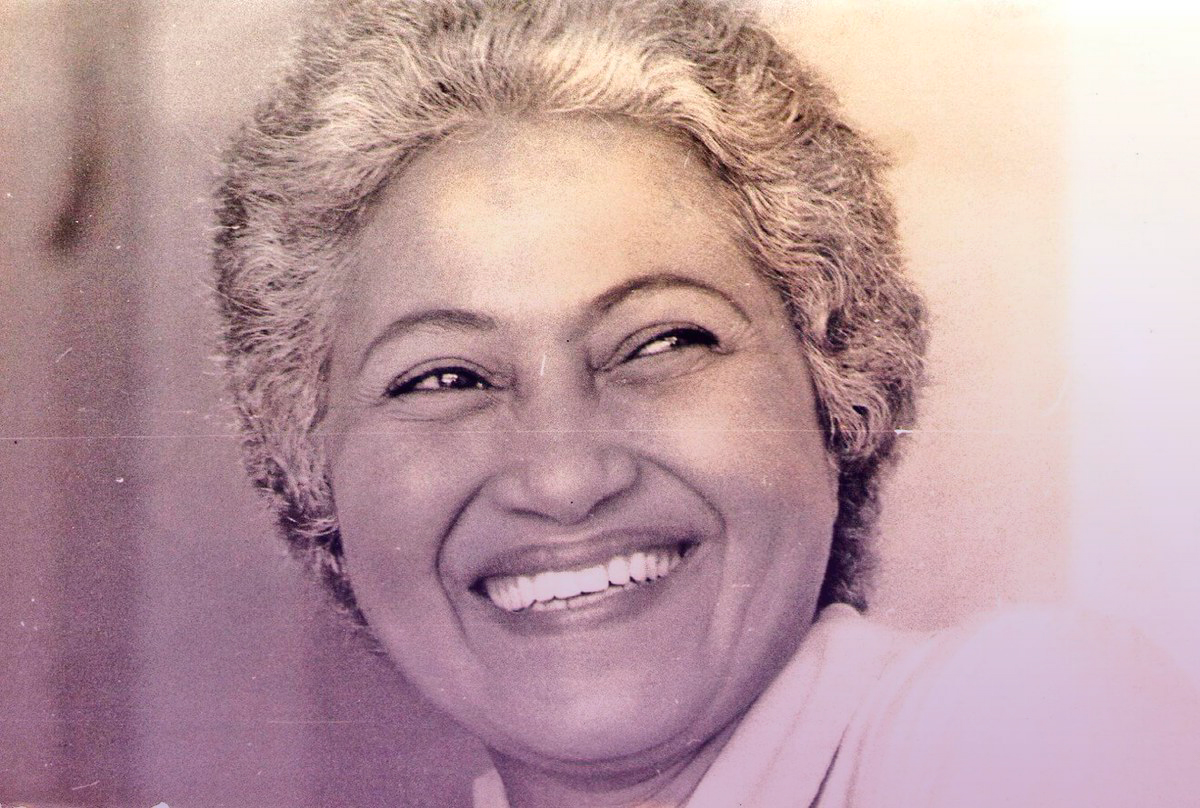 Argelia Laya: A Black Communist Woman Against the Tide

Learn more about the life and struggles of Argelia Laya, a Venezuelan militant and teacher, with quotes from interviews and from her autobiographical book.

“I’ve never allowed anyone to humiliate me, as a woman, as a black woman, or as a poor person.”

Argelia Laya was a Black woman, a teacher, a guerrilla fighter, a feminist militant, an unmarried mother, a deputy in the Congress, a woman who was raped when she was young, a councilwoman, a Cimarrona[1] of the Venezuelan region of Barlovento, the founder of a political party, an advocate for the feminist and women’s movements.

During the 20th century, there was no women’s and oppressed classes’ struggle in Venezuela in which Argelia has not taken part. And she did it based on her deep personal experience of being a Black poor woman. What the academia refers to today as intersectionality was brought to life on the streets by Argelia and other Venezuelan women such as Eumelia Hernández and Nora Castañeda. This is the spark that ignites the Venezuelan Black feminism and grassroots feminism.

Argelia was born on July 10th, 1926. She was the second to last child of Rosario López, a militant of the Women’s Cultural Assembly [Agrupación Cultural Femenina], and Pedro María Laya, colonel of the montoneras, the grassroots guerrilla groups that fought in the country from the late 19th century to the early 20th century. Argelia was born and lived her early childhood on the leased lands of a cocoa farm in Barlovento until, when she was 5 years old, her life was shaken by the political persecution and imprisonment of her father. During such period, her family migrated to Caracas, where they settled in the outskirts of Catia under precarious conditions. Deprived from the family conuco[2] and from their lands, they suffered with poverty.

As a student, Argelia joined the Young Women’s Union [Unión de Muchachas] (a legal organization of the Communist Party), the Caracas Teaching School Student Center [Centro de Estudiantes de la Escuela Normal de Caracas], and the student newspaper, in addition to being the spokesperson for the neighborhood association of her community. Argelia earned a degree when she was 19 and, soon after her graduation, she was raped, got pregnant, and took on the responsibility for raising her child by herself, standing up against a possible dismissal from her teaching job due to “immorality.” She then wrote a letter to the Minister of Education, Luis Beltrán Prieto Figueroa, expounding the injustice of her dismissal, grounding her arguments on the article of the Constitution that provides for maternity protection. In response, she was transferred to a small school in La Guaira, where she was responsible for the adult literacy campaign.

Recalling such period during an interview she gave to Mujeres en Lucha [Women’s Struggles] in 1984, Argelia told that “female teachers couldn’t be unmarried mothers; some of them committed suicide, others, aborted.” A tireless defender of women’s right to make decisions on their own body, she once said:

Many remember Argelia with flowers in her natural gray hair and wearing her long colorful dresses. They also remember her deep voice, her laughs, and how she enjoyed singing old popular songs she learned from her mother. As she wrote in her book Nuestra Causa [Our Cause]: “I love life deeply, I love human beings, I love nature (…). I would have liked to be a poet, a psychologist, a philosopher, an explorer of the earth and of the sky, an actress, a singer, a sailor, a puppeteer… And, above else, to be able to dedicate more time to education” (p. 19).[3]

Argelia was a communist militant. She first joined the Democratic Action party [Acción Democrática] (AD), but soon after joined the Communist Party of Venezuela [Partido Comunista de Venezuela] (PCV). In her first years as a militant, Argelia played an active role in the resistance against dictator Marcos Pérez Jiménez. She organized the Women’s Patriotic Board [Junta Patriótica Femenina], which helped to lead the General Strike of 1958 and the overthrow of Pérez Jiménez. Some people remember Argelia from those days when she joined the PCV’s clandestine bomb factory, or riding a motorcycle while visiting unions and clothing factories, or handing out pamphlets in favor of the General Strike.

In 1958, the first March 8 was celebrated in Venezuela with a rally at Plaza de Toros del Nuevo Circo. Those who lived that day remember how women arrived raising their flags. That same day also marked the celebration of the first mass rally after the overthrow of the dictatorship.

In 1960, the PCV took charge of the armed movement as a way to free the people. Communist women then had to fight in two fronts: the external one, against the Army; and the internal one, within the party, against sexist practices and for the right to equal participation. Commander Jacinta, as Argelia became known in the guerrilla, was a fierce defender of women’s right to take up arms and be treated as equals both in the guerrilla and in the party.

“A socialist society is inconceivable without the full participation of women and men as equals.”

Argelia took part in the first organization of Black women in Venezuela, the Black Women Assembly [Unión de Mujeres Negras], in addition to creating platforms for feminist joint organizing efforts, both nationally and internationally. One of her main lines of action was the overcoming of women’s economic exclusion. She emphasized how it affected Black and Indigenous women in different ways.

Argelia invites us to “keep building societies based on all people’s happiness here in our own land.” Even after more than 30 years, these words are still valid, especially for Black people. In her last article, published in 1997, Argelia wrote that, “as a social advocate for true democracy, for justice, for peace, for women’s cause, and for all human rights, always going against the tide, I could move forward side by side with women and men with whom I shared both luck and struggle. Struggling against racism and patriarchy means always swimming against the tide because they are deeply rooted in our subjectivities, in what culture defines as ‘common sense’”.

It is impossible to summarize Argelia Laya’s legacy in these lines. The mark of her struggles remains in the Venezuelan reality, such as in the approval of the female vote, in the reform of the Civil Code, in the reform of the Suffrage Law. We also own her and so many other activist women the non-exclusion of young pregnant girls from middle school and the inclusion of sexual education in high school programs. The teacher, sister, and commander died on November 27th, 1997 in the city of Rio Chico, the same place where her mother buried her navel, a popular custom that symbolizes rooting and belonging to a territory.

[1] Cimarrón, in some countries of Hispanic America, means the people of African descent who resisted the colonial domination and slavery by building independent settlements and communities distant from the regions where they were enslaved. Today, the word is still used by Black activists who reclaim such history of resistance.

[2]Conuco is a traditional community or family agricultural practice of indigenous origins based on polyculture, mainly for subsistence or barter. The surplus may also be traded in popular markets. The conuco represents the preservation of ancestral techniques, of native foods, and, in Venezuela, the active resistance against the economic blockade.

[3]All quotes correspond to the page numbers of the 2014 edition of the book, published by the Center for Women’s Studies at the Central University of Venezuela [Centro de Estudios de la Mujer de la Universidad Central de Venezuela]. The first edition of the book was published in 1979, in Spanish. The Portuguese, English, and French versions published here were translated by the Capire team.

Alejandra Laprea is a filmmaker and feminist militant of collective Las Yerbateras and the network of collectives La Araña Feminista, which organizes the World March of Women in Venezuela.