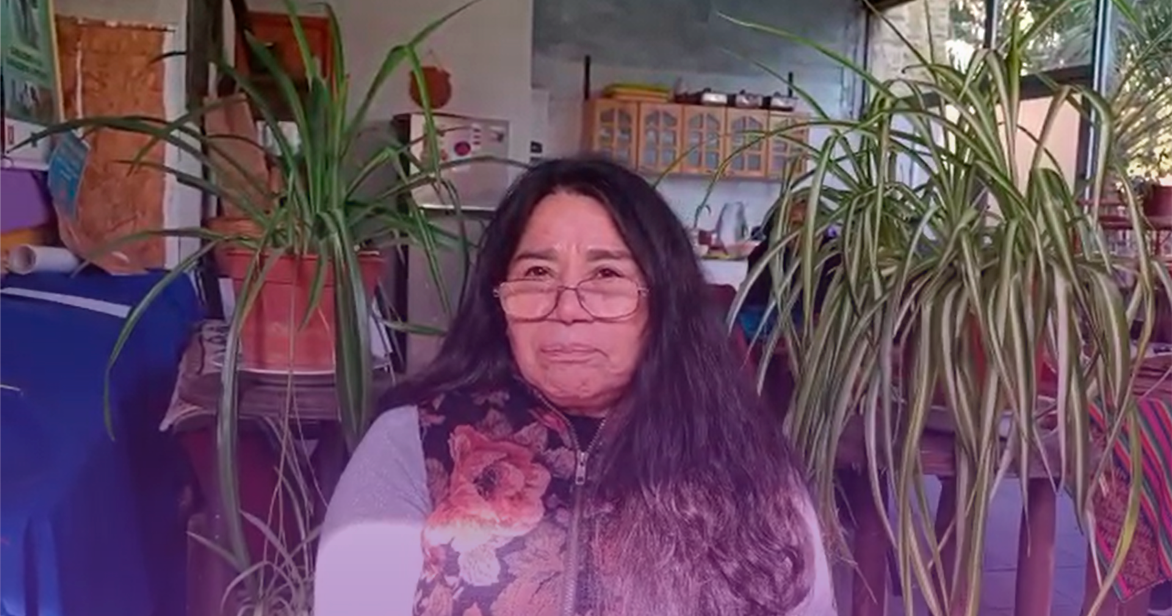 “Woman, nothing is normal,” a verse reads in the poem “Women,” by the Chilean feminist Mafalda Galdames. The poem starts a conversation with women about time, hope, and utopia, and it is part of the book Hoy es el tiempo (Today It Is Time), published in Spanish in 2016 by Forja. Mafalda is a poet and professor and holds a master’s degree in Latin American Social and Political Studies. She is a member of the Chile Writers’ Society (Sociedad de Escritores de Chile—SECH) and a co-founder of the World March of Women Chile and the National Rural and Indigenous Women’s Association (Asociación Nacional de Mujeres Rurales e Indígenas—ANAMURI).

Before Hoy es el tiempo, Mafalda published the 2016 book Mujeres bonitas (Beautiful Women), dedicated to women who are rendered invisible, and 20 poemas no desterro (20 Poems in Exile), published in 1984 in Mexico, when she was forced into exile during the military dictatorship.

Mafalda harnesses the revelations of her memory and, from her childhood in a neighborhood in disarray, she reflects on her life, hand in hand with women’s lives. I was not born from your rib, she rebels. I am the unruly woman, the one who clamors, who protests the oppression against the Palestinian people, against the students who challenge the established order, the Kurdish sisters standing up for their territory; those who fight violence against women, who respond to the loss of our dear Berta Cáceres and so many injustices.

These are poems made of life. And life is in her words, as well as in her commitment to it, every day.

Woman, over your sea creeps the dawn
and your blood, formed of subterranean lava,
embraces the seed to draw close to us

Woman, thus must you be called,
for you know how to watch over hope
you who are normally the path, the dust raiser,
the mother that contemplates this new race.

Woman, nothing is normal:
for it is the soul which seeks to sing beyond the frost
despite our bitter bread,
our wounded brothers, our despair.

Woman, it is to you I wish to speak
of the days of sun on your back as you work,
of your voice woven from the air,
of your eternal horizon, your teachings.

Women, our names must be proclaimed,
In a space of love of thousands of open mouths
and at the end of all the poetry
they will say that humanity lies within us