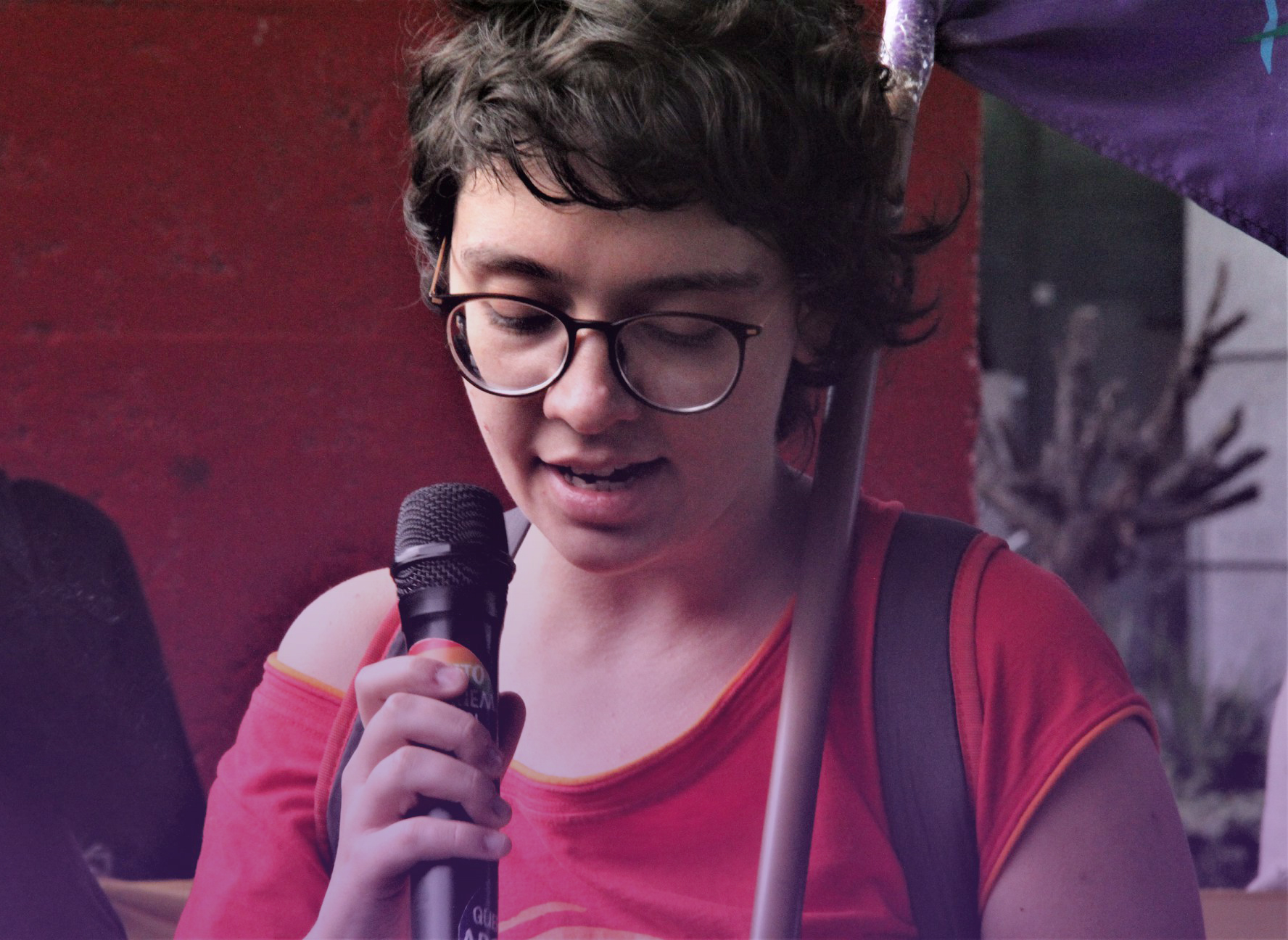 “Stevia” is a poem written as a tribute to the resistance of the Haitian Women’s Solidarity network [Solidarite Fanm Ayisyèn – SOFA] against the expropriation of their lands, where they grow organic crops and promote grassroots education. The inspiration for the poem came from an article produced by Capire. The territory where the Organic Farm School “Délicia Jean” is organized has been claimed by Andy Apaid Jr., a Haitian tycoon known for leading a coalition that, in 2004, staged a coup in collaboration with the United States. The occupation organized by Apaid was brutal against SOFA activists. They destroyed the fences that project participants had put up to delimited a territory of equality and production free of toxic chemicals and exploitation. Their goal grabbing their lands was to produce stevia to make sweeteners for Coca-Cola.

“Stevia” is a previously unpublished poem by Helena Zelic, a World March of Women militant from Brazil, a communication activist and worker, a poet, and the author of books including A libertação de Laura (“Laura’s Liberation,” 2021) and Durante um terremoto (“During an Earthquake,” 2018).

i’ve never been to a coca-cola factory
through the front or the back door
i’ve never seen the flow
of water through industrial tubes
its shiny bubbles, certain fumes

how many people does it take
to make enough for a bottle
to fill it move it around?
one to empty it out

i’ve always been and i am in brazil

i’ve never set foot in haiti
where women are forced out of land
because stevia is in high demand
in the factories of coca-cola
in some blind, rough node
within the south of the world