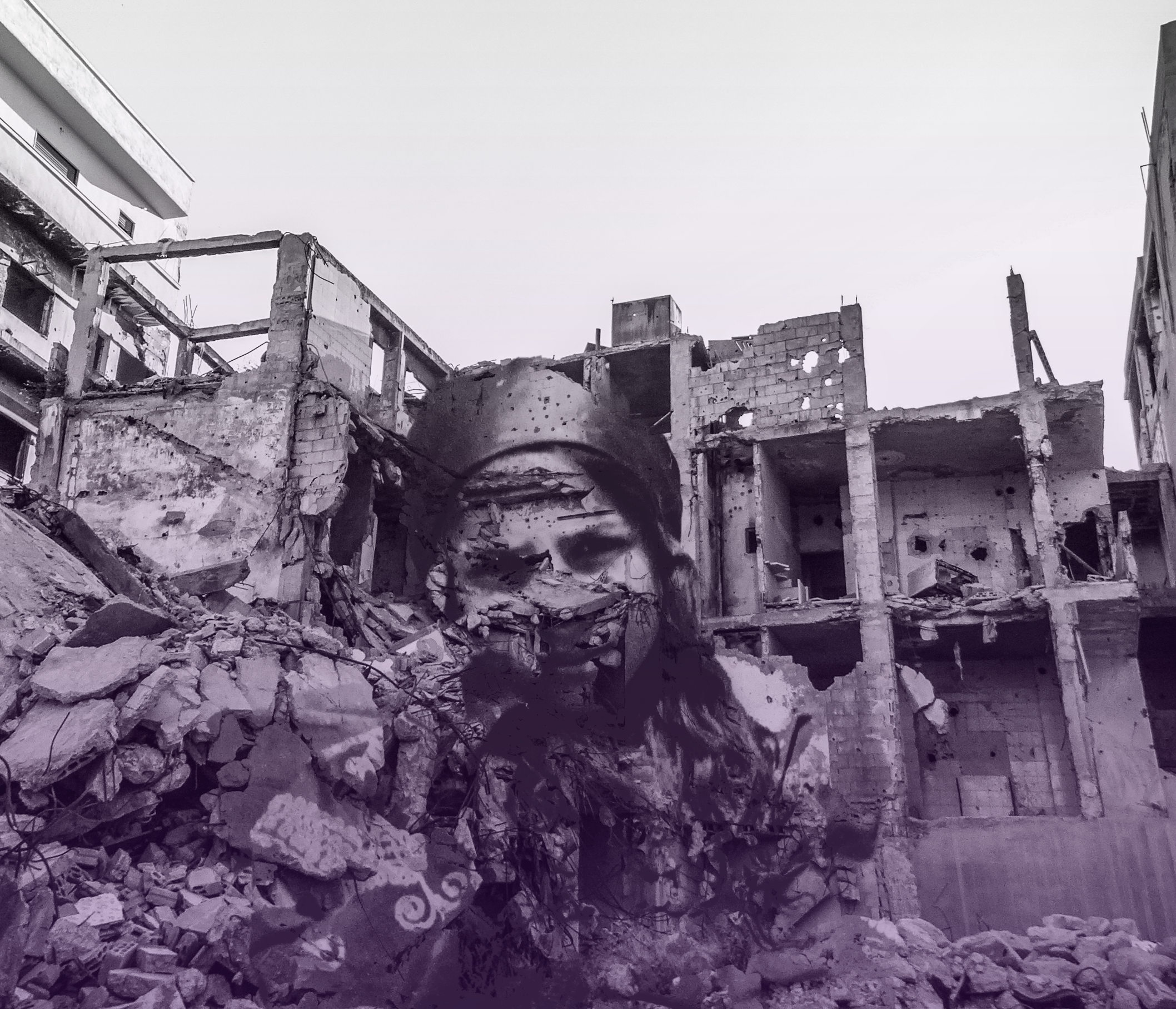 Yara Osman is a photographer and pianist, she holds a dentistry degree and is an Arabic translator for Capire. Born in the city of Latakia, Syria, she came to Brazil as a refugee in 2016. In São Paulo, where she currently lives, she has delivered lectures and took part in panel discussions on refuge, feminism, diversity, and sexuality. She has performed in musical projects such as Tananir, the Poetry Reading Session Female Voices [Sarau Vozes Femininas], Gurbah, and A Dream [Um Sonho]. As a photographer, she showed her work in the exhibition “Gurbah,” in the Curitiba International Biennial of Contemporary Art, with artists Silvana Macedo and Adel Alloush.

Her latest work is the virtual exhibition “Far From Home” [“Longe de Casa”], on the Armazém Project platform. The curators, Juliana Crispe and Silvana Macêdo, say Yara’s photographic work “accumulates layers of memories, transits, and movement, garners hope, but also reveals stories of destruction, troubles, and rebuilding from the perspective of resilience.”

Here we publish her photo series “The Gap,” a work that overlaps her family’s archival photos and recent pictures, taken in 2021, when Yara visited Syria. “I was going back to see my roots,” she said about this trip. 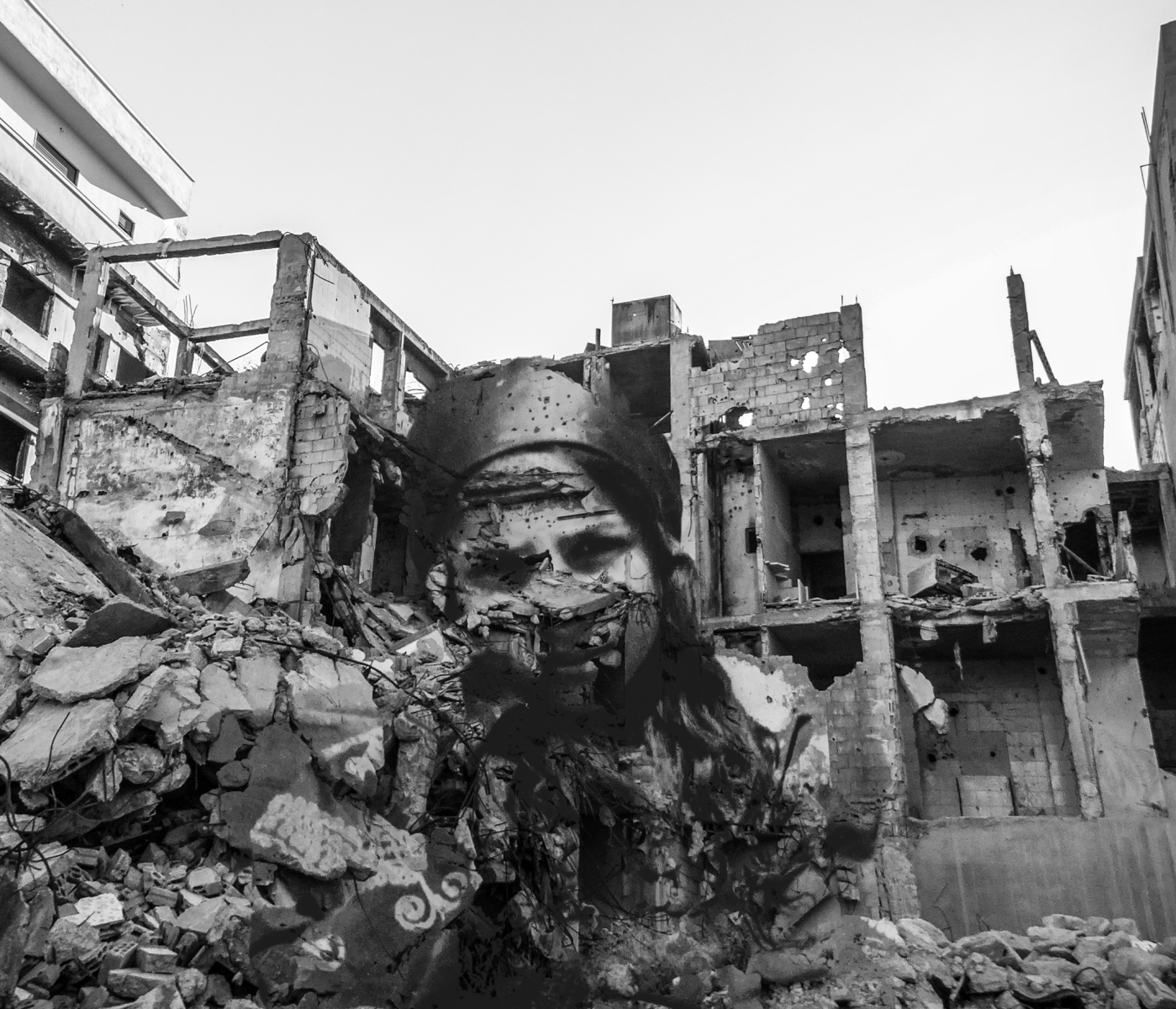 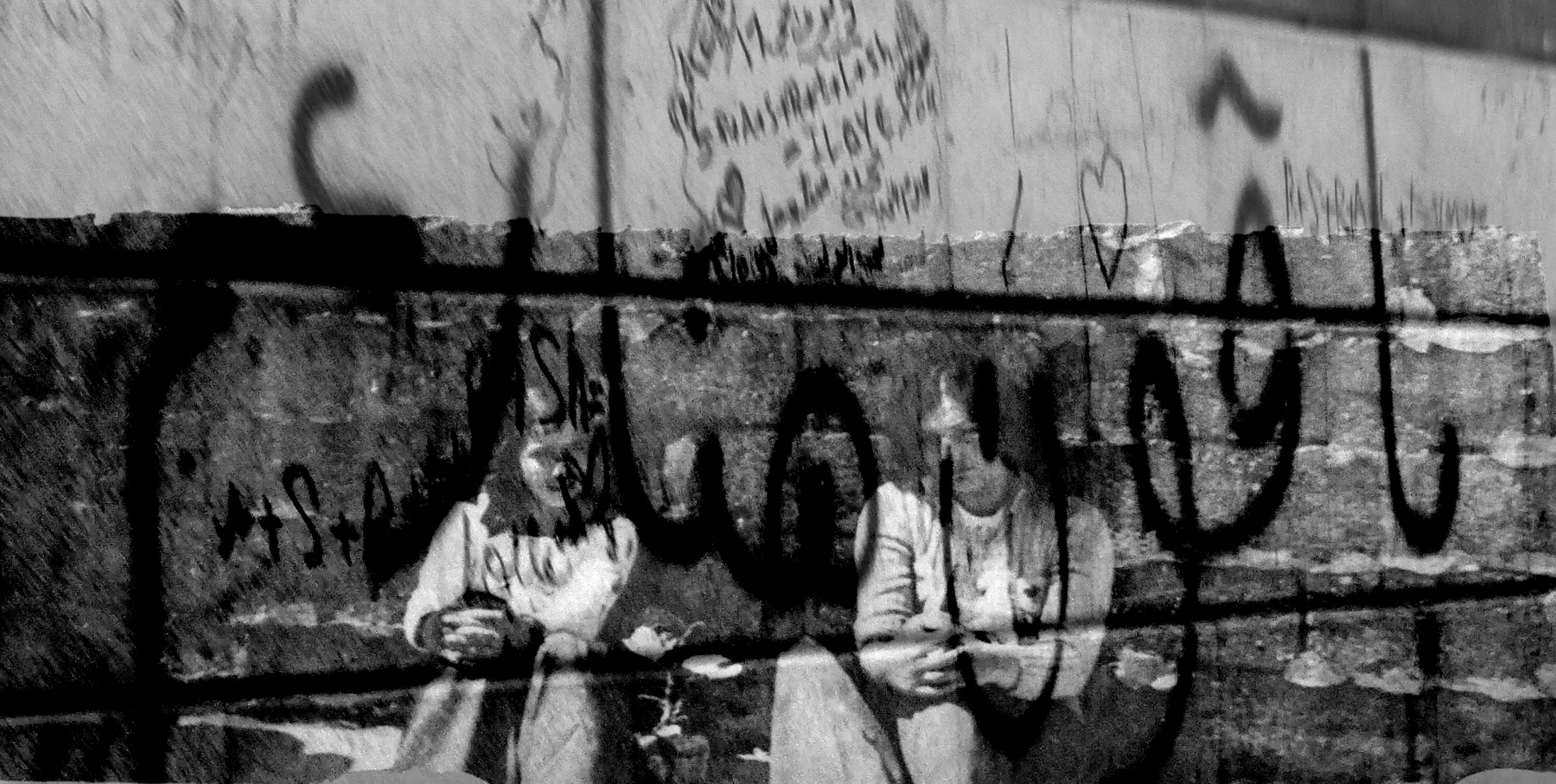 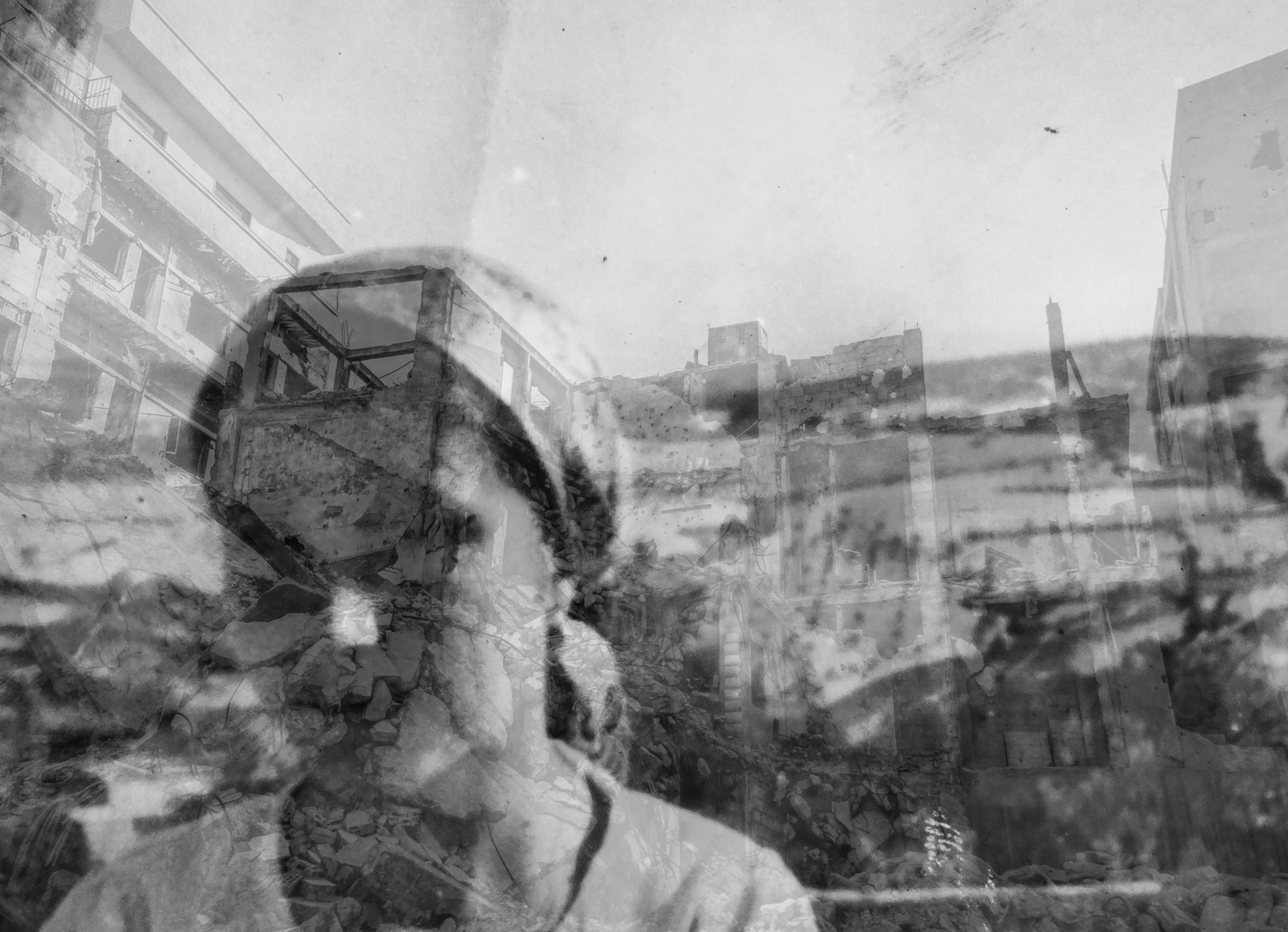 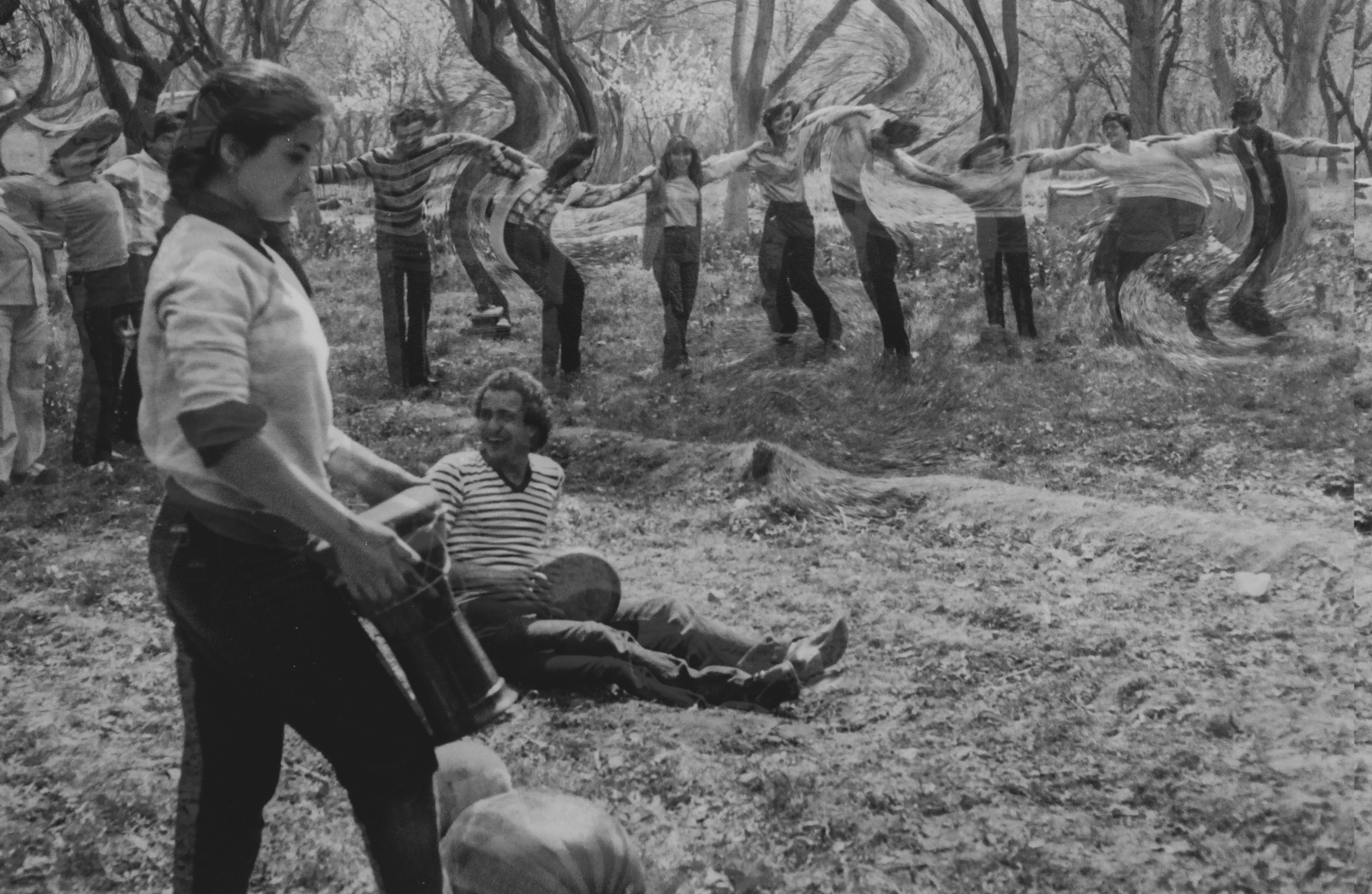 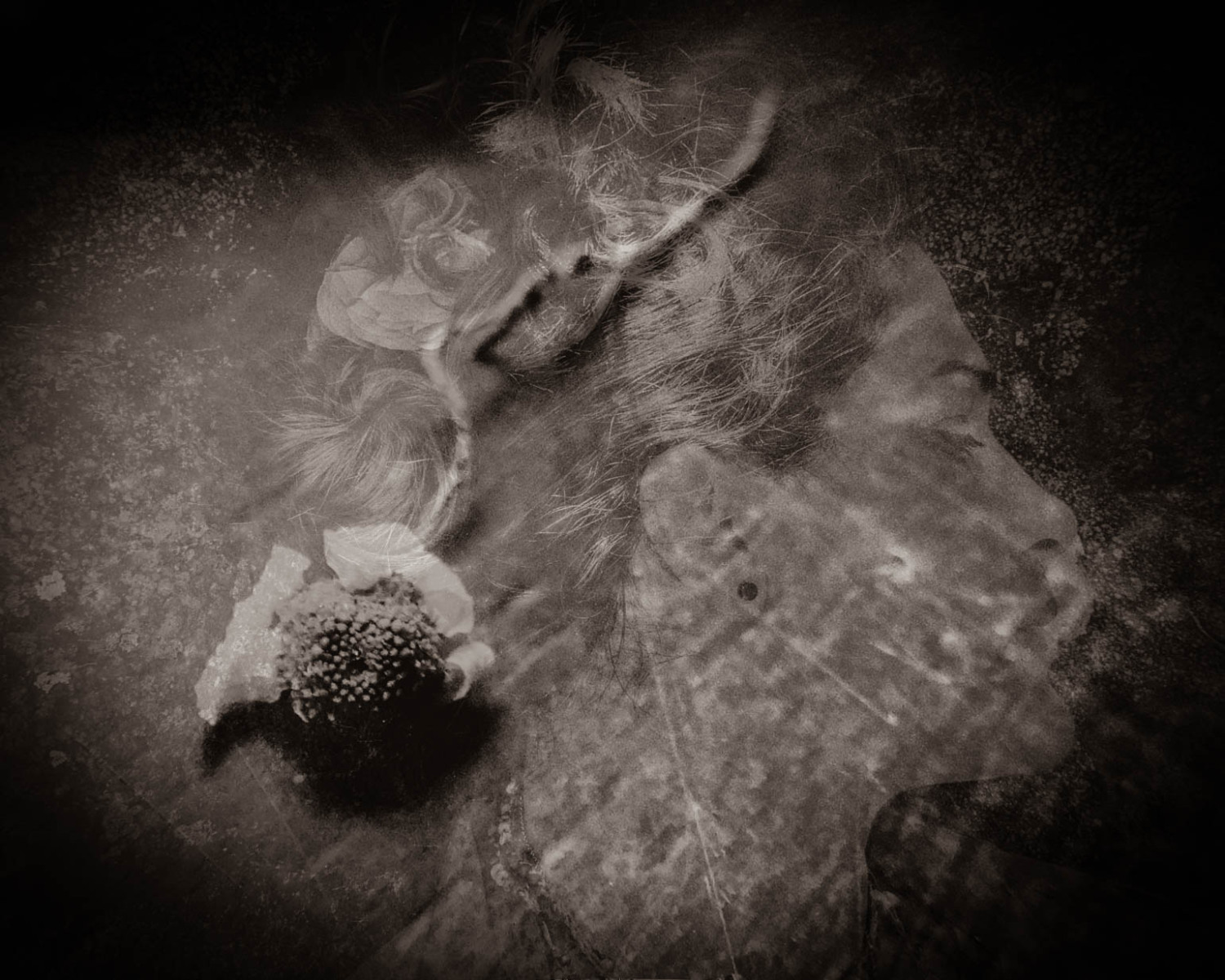 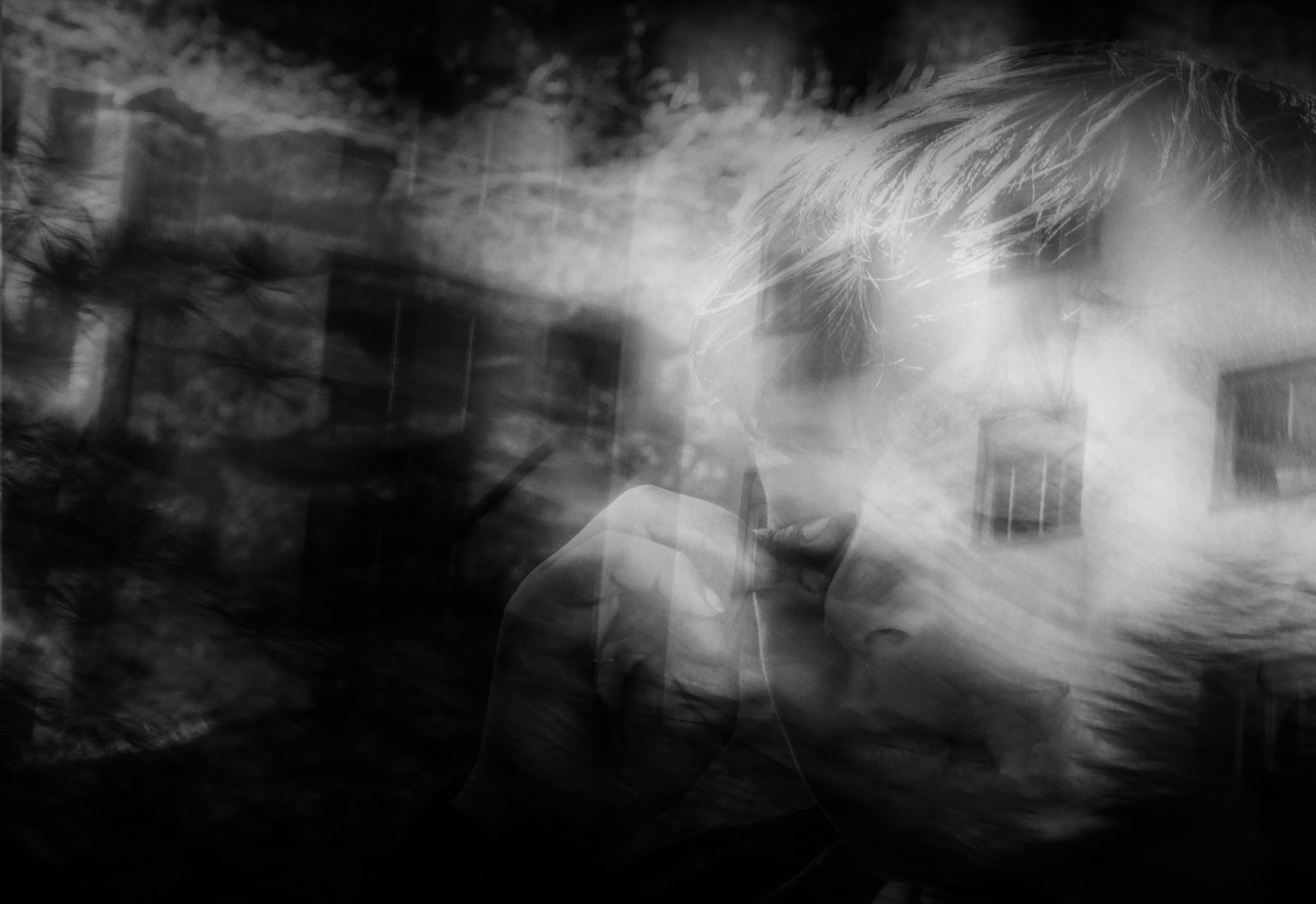 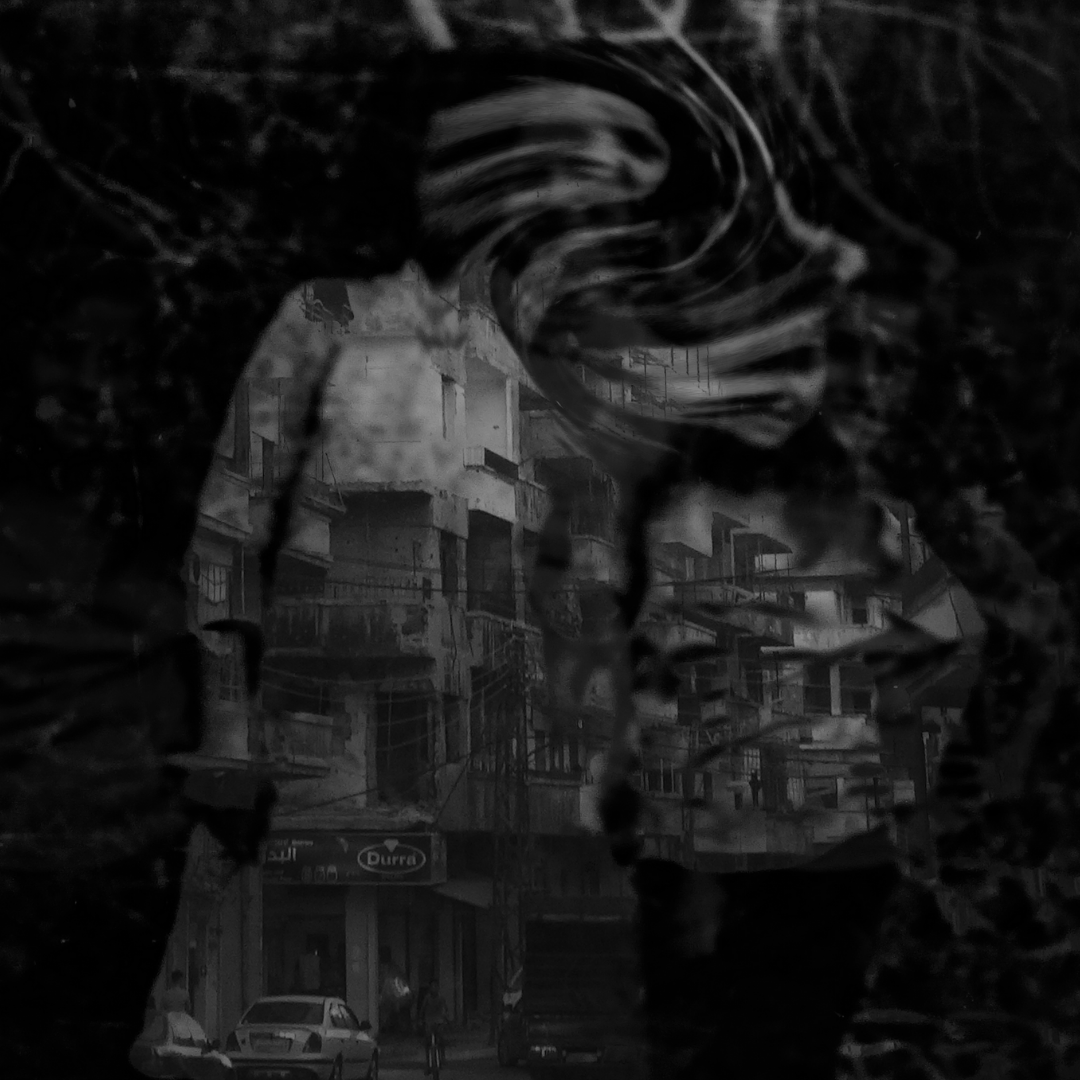 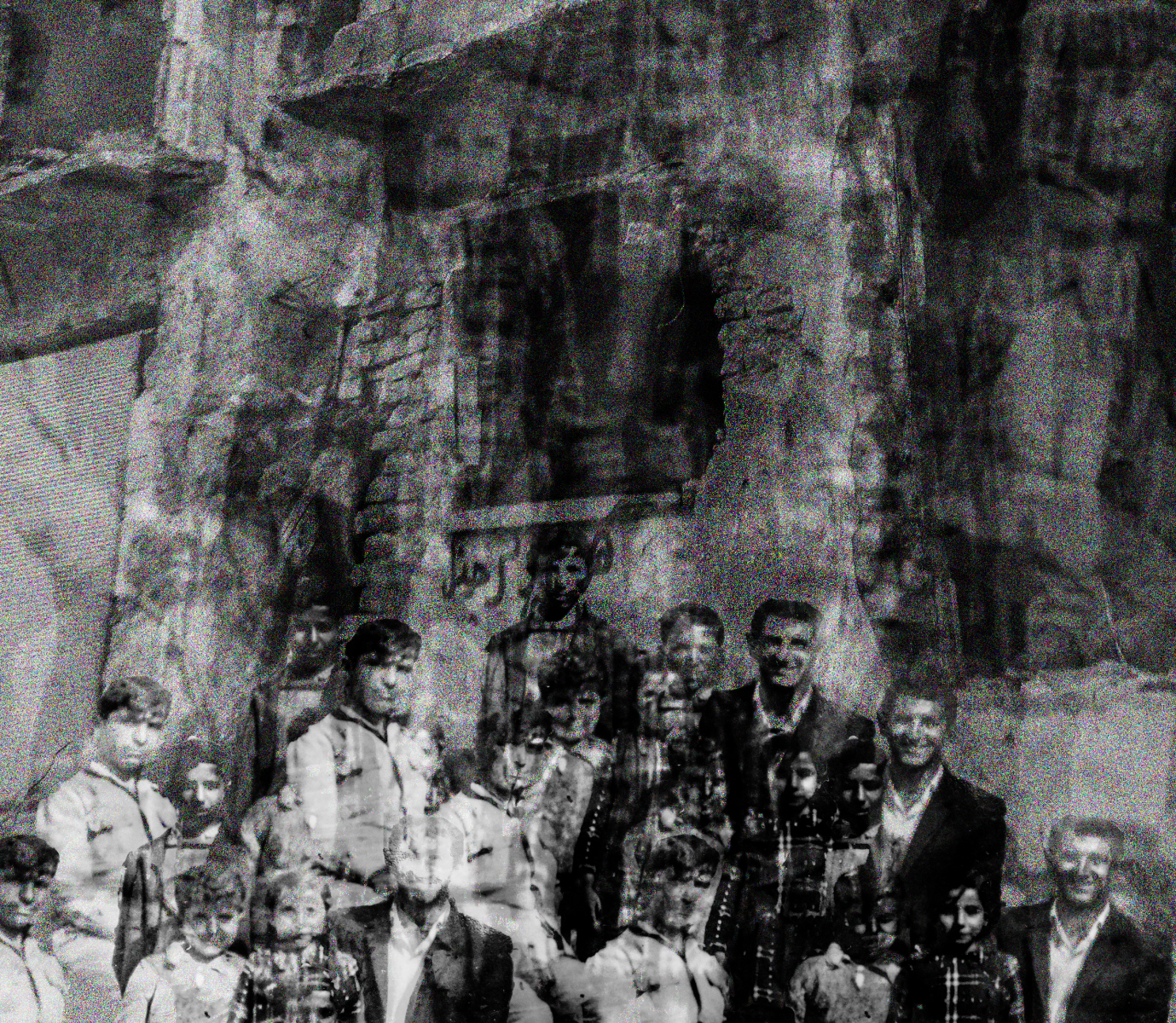 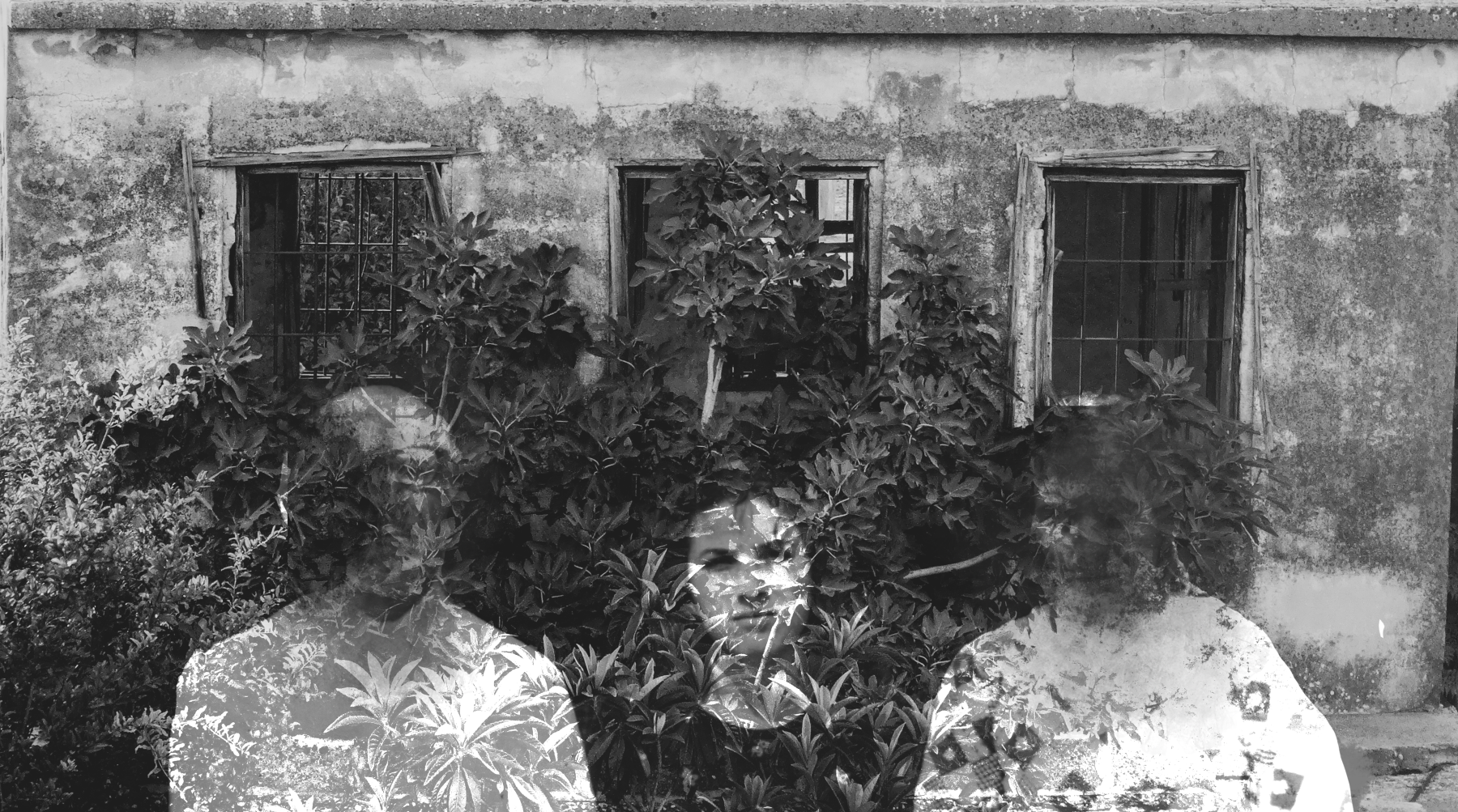 When we leave our place, our country, we ultimately rediscover who we are, we rethink ourselves and see everything differently. Going back made all these emotions and memories come together. I went back to elaborate all that: how my story was, how it was before the war, who my grandparents were—they died before this war, but they saw other wars in their youth. Thinking about how wars continue, where I came from, who my family is, I started to put together these old pictures of my mom as a child, my grandparents before they died, with recent pictures of the war in Syria today.
Yara Osman

The pictures of the present time were taken in the city of Homs, which has been severely destroyed by the Syrian civil war that started in 2011. Meanwhile, Yara says that, at the same time, it was one of the first cities to organize demonstrations during the political process that became known as the Arab Spring. Yara says that facing the city ten years later and photographing it was “a challenging process, because taking pictures of these things is somehow forbidden.”

It was a revolutionary act to go there and try to put together this photographic material, to try to take pictures, even if I was putting myself at risk. The destruction is really sad. At the same time, it is hard to explain, there is art, there is an allure when you think about all the people who lived in those houses. You feel so small amid all that destruction surrounding you, and these are very complex feelings.
Yara Osman

By combining the time of her grandparents’ youth and her mother’s childhood years with the present time, Yara Osman writes the past into the present, taking back and also repositioning unofficial memories of ordinary lives that have been oppressed by the war. With this work, Yara formulates a testimony that exposes gaps and painful marks, instead of hiding them. With sensibility, “The Gap” exposes how the destruction remains in the everyday lives of families and peoples.

Bringing together that time—which, for me, is a pre-war time (and also a post-war time for the older generation)—with the present means, for me, to look at the destruction within us, the war within us, within generations, which does not leave our body, does not leave our skin. We try to cope. This was a way to cope with the depression I had when I came back from Syria, after visiting my family and seeing that they are really destroyed inside, because of the war that is not over, and one we do not hope to see the end of. It was an attempt to cope by expressing myself in other ways, looking at it in another way.
Yara Osman 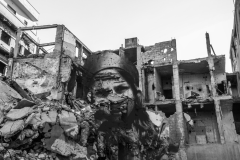 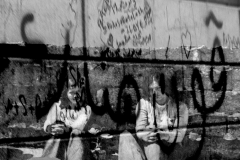 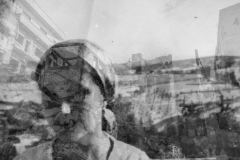 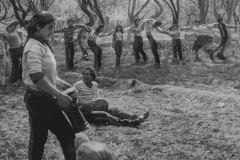 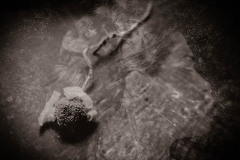 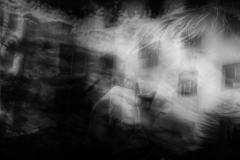 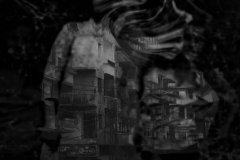 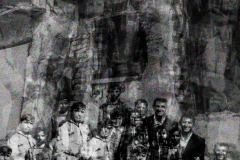 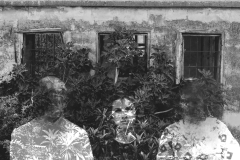 Words by Helena Zelic
Translated from Portuguese by Aline Scátola