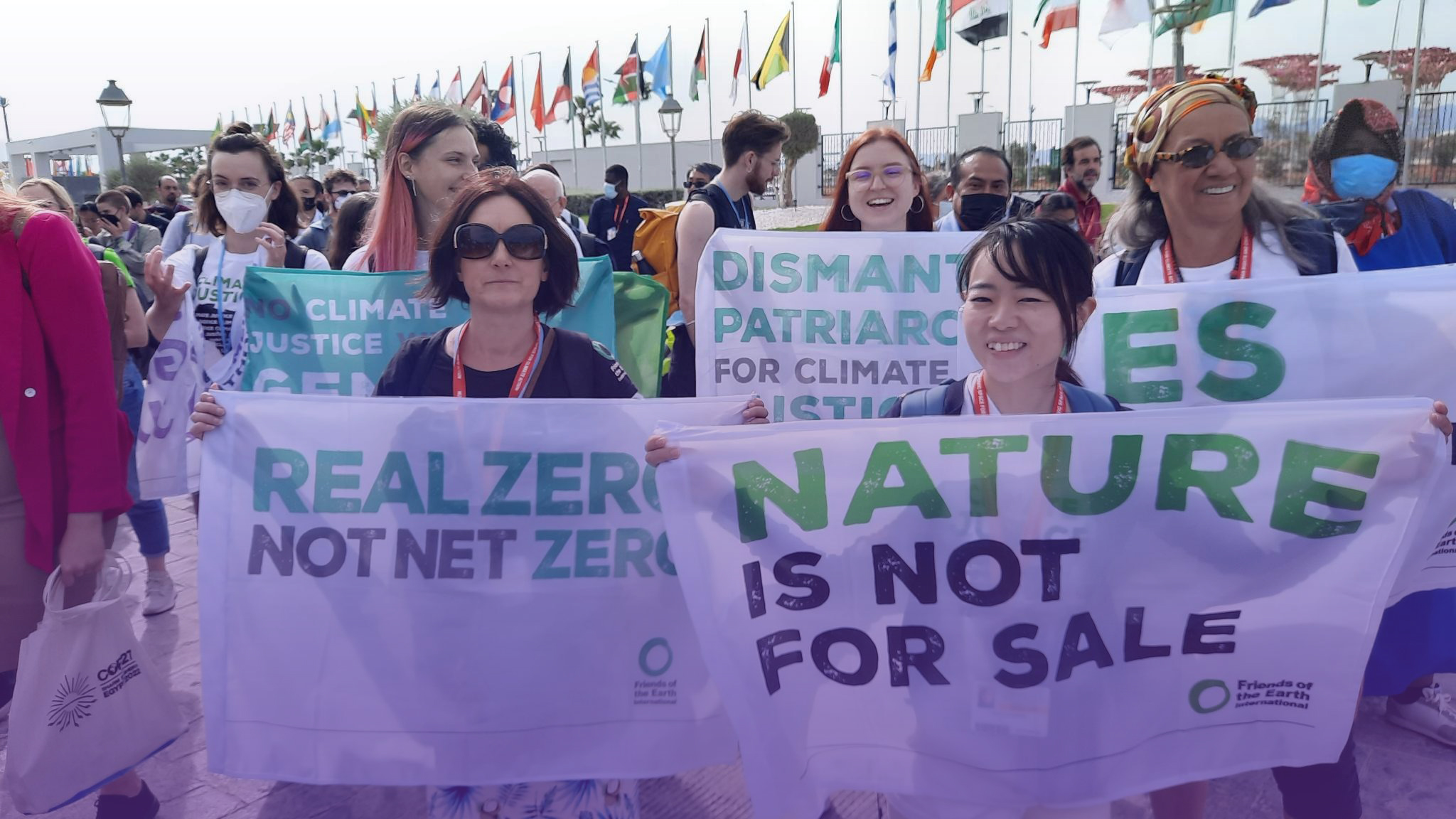 What Questions Must Be Asked to Challenge Corporate Technological Development?

We all are aware that we are facing extremely deep, systemic, socio-ecological, multidimensional crises, which are inter-connected and pose a threat to the sustainability of life and our peoples’ livelihoods and rights. Clearly, the origin of that crisis is injustice. This injustice spawns and escalates with the impacts of the crisis.

We know that we are not all equally responsible for the climate crisis and that the impacts of this crisis hit especially hard the peoples who contribute the least to its generation. Historically, there has been an unfair appropriation of the space in the atmosphere, an appropriation that persists to this day, adding up to the grabbing of lands, territories, rivers, and woods, which also impacts the climate crisis and other inter-connected crises. It is a continuous, never-ending process full of injustice and denial of rights.

Unfortunately, what happens today is the imposition of false solutions and ersatz technologies that aim not to face systemic crises, but rather to continue this process of accumulation and concentration of wealth. Their idea is to maintain and strengthen the capitalist system. This way, concepts emerge such as “compensation,” that is, to compensate for the damage caused somewhere with a project elsewhere. And this is how they maintain companies’ vicious dynamics of destruction and greenwashing, with an economic logic based on the pursuit of more profits by exploiting and appropriating nature.

We know the path we must take. We have a political project designed by our peoples. A project that has to do with the need and importance of having social control over the food system, the energy system, the territories, as well as to make sure there is collective management of biodiversity and forests. This grassroots control can only be possible as grassroots political actors that have historically accumulated political processes of building things such as food sovereignty become empowered.

That is the framework that must guide any technological development process. But unfortunately, in the process of imposition of technologies, the peoples’ voices, worldviews, and forms of understanding reality and their rights are looked down upon. We are not against technology. Historically, societies have developed technologies, in a process of co-evolution and dialogue with nature to solve problems and meet our human needs. There is a process of technological development conducted by the peoples, which is very much connected with the history of agriculture, for example.

Now, this has been undermined and rendered invisible. They are trying to erase the technology building processes conducted by the peoples. This is why we must reiterate the right and responsibility of our societies to assess technologies from an emancipatory perspective, considering the principle of prevention.

In the process of building food sovereignty and in all conversations about just transition, we have seen that assessing technologies includes considering multiple dimensions and raising many questions as a society. I will formulate some of these questions that we have been incorporating in these collective building processes.

The first question is: do the technological solutions that have been proposed really contribute to face the systemic crisis, comprehensively and structurally? For our peoples, it is clear that we cannot face the climate crisis with measures and technologies that aggravate the crisis of biodiversity, hunger, inequality, and dispossession. This is the case, for example, when tree plantations aiming to create carbon sinks and store greenhouse gas emissions are imposed as a solution; or when a “sustainable intensification” of agriculture is imposed to strengthen agribusiness, leading to the grabbing of land, forests, and water, to the destruction of biodiversity and the contamination of our local seeds. This is not our way to solve the crisis.

Are these technologies really designed to feed our peoples with healthy foods and make sure energy is a right they have? Or, rather, is their goal to secure profit rates for companies that control, for example, the grain market, commercial seeds, or the pesticide market—which is becoming increasingly concentrated, as the ETC group has demonstrated? These companies reported record profit rates, such as Cargill, which reached US$5 billion in profits in 2021.

Hunger continues to increase around the world and across our continent. This is terrible and leads us to appeal as a society. The UN special rapporteur on the right to food, Michael Fakhri, argues that there is roughly 702-820 million people starving in the world, and 2.3 billion people are experiencing moderate or severe food insecurity. In my country, Uruguay, where there is a lot of land that could be used to produce food—but is rather used to produce commodities—, one in every five households with children under the age of six is struggling with moderate or severe food insecurity. This means we do not have enough food to feed those children. This reality has been imposed by the logic of agribusiness.

Do these technologies really contribute to caring for life? Or are they actually going to make the population ill, which is the case of technological packages of pesticides used to produce commodities? Are they based on just and equal social relations or are they leading to more exploitation of the working class, peasants, Indigenous peoples, and Black communities, as it is happening with transnational corporations’ digital platforms and global value chains, which also strengthen the systems of patriarchal, racist, class-based, and colonialist oppression?

Do these proposals contribute to women’s autonomy or do they foster increasing exploitation of women’s bodies and work? We know that around 1.6 billion women in the world are farmers, and that 43 percent of the labor force in agriculture is female. Yet, women own as little as 2 percent of the land, and they are still paid less than men.

Do these proposals contribute to harmonious, respectful relationships with nature and to overcome the society/nature dichotomy? Or, instead, are they further ramping up the exploitation of nature, increasingly reducing it as if it were a service that can be traded in the market—and therefore privatized?

Do they reckon the multidimensional character and complex wealth of a territory as a space to produce and reproduce life, in which social relations, culture, and politics happen? Or do they turn territories into platforms to extract resources for capital accumulation? What is the logic imposed on us regarding our understanding and our experiences in our territories?

We know, for example, that all forms of knowledge regarding the recovery, multiplication, and production of local seeds have a lot to do with the practice of sharing knowledge, wisdom, and the seeds themselves. It is a collective process that becomes richer as the seeds are fed through this exchange between peasants from different territories, with their different practices, needs, and uses. This is the logic we aim for when we talk about technology: to strengthen this community-based social fabric, this collective building process. But, conversely, what we are seeing is how these technologies push these processes away, destroy community’s social fabric, and moving forward aiming to make territories peopleless. Their intention is to have agriculture without peasants.

Do these technologies result from a process of innovation that feeds on the dialogue between the collective knowledge of the peoples, or are they a process of corporate innovation driven by endless profit under a completely exclusionary paradigm? This paradigm does not establish a dialogue with our knowledge, it does not allow collective process and people’s social organization.

I wanted to share with you some of the questions that have emerged in this joint process, as I took part in the TECLA Network. We must always bear these questions in mind and raise so many others that can become the basis for what is to come. The formulation of all this is part of the accumulated process regarding our peoples’ food sovereignty, which has been collectively built over time.