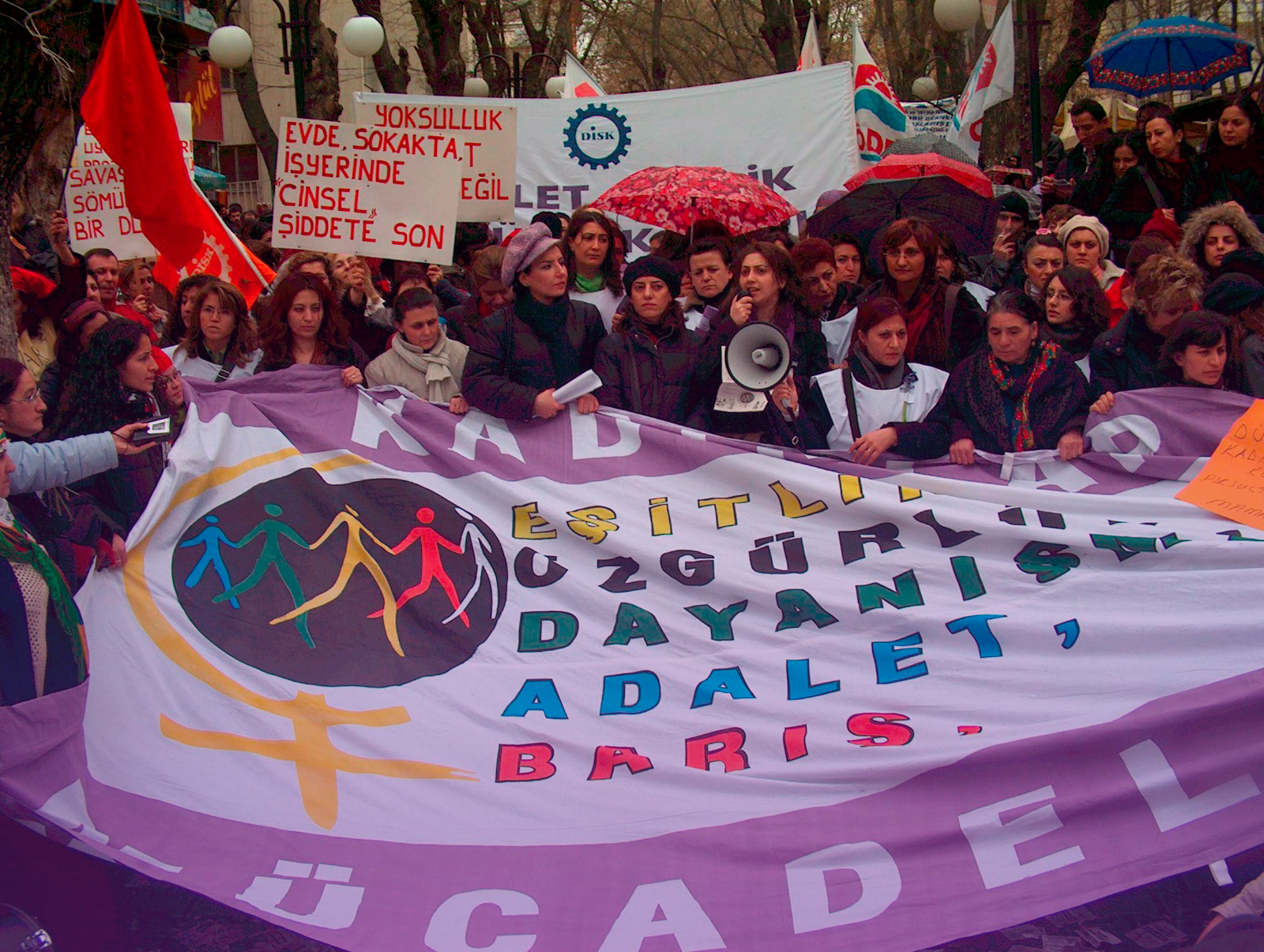 Turkey under authoritarianism: wildfires, antifeminism, privatizations and support to Taliban

Read and listen to Yıldız Temürtürkan speech during the “Feminist struggles to bring down authoritarianism” webinar.

We need to meet and reflect on what is going on in our territories. One common characteristics of our authoritarian governments is that they are less responsive to the needs of people and there is an increasing power of transnational companies over our governments. They are getting weaker for the strong and stronger for the weak.

Neoliberalism has destroyed the common goods

In Turkey, for almost two weeks, we had wildfires and the state and government did nothing to extinguish fires. They just waited and watched until all went up in smoke. This was because the infrastructure of firefighting was completely destroyed by neoliberal policies. All firefighting aircrafts had been already sold out and the firefighting service had been outsourced and privatized. This failure of neoliberal policies cost lives of people and animal friends and caused suffering of local people and peasants who lost their means of subsistence, trees, crops, and animals. Fatal capital-life conflict has been evident in this authoritarian era of neoliberalism.

As the government fails in responding to problems emerging from the climate crisis, such as floods and wildfires, it reveals the dimension of neoliberal destruction, a destruction of public infrastructure. This pandemic also demonstrates how public healthcare system was undermined by the privatization of health services. It has increased educational inequalities with transition to online education system which does not offer access to education for all. This pandemic may have served for complete destruction of the educational system.

Another concern to be underlined is the rise of social media as a new tool of mass manipulation and disinformation. It is claimed that recent technological developments are in favor of authoritarian regimes. The squad – Twitter, Facebook, YouTube and Google – are very effective tools used in mass manipulation. In Turkey, peoples set against each other, vulnerable people like migrants and foreigners are seen scapegoats. Being blamed for the wildfires a Kurdish family was massacred by a nationalist militia. Role of social media in provoking tensions and setting people against each other and maintaining authoritarian power is something we should reflect on.

Since 2019, we have entered a period where we are incapable to protect fundamental legal achievements like international conventions on women’s rights. Turkey’s withdrawal from the Istanbul Convention by a single decision of Recep Tayyip Erdoğan, the president of the country, on March 2021 deserves a self-evaluation by women’s movement in the country.

Despite a broad public support behind we as women, we could not succeed in mobilizing mass movement in defense of our achievements. Many pretexts, as the pandemic, the lockdown and so on we may raise for this failure. However, it is evident that existing forms of action and mobilization have been failing to confront this all-out offensive. Here it has vital importance to improve our existing tools and forms of action to be able to confront this backlash and construct ourselves as a feminist political subject collectively and internationally.

During this pandemic, the authoritarian agenda has gone further grabbing our rights. Their goal behind this move is “to protect family in order to protect society and the nation”. Feminism and LGBT+ movements are seen the biggest threat to the existence of the nation and the society. We see familialism that gives family priority over women’s rights is the common ideology that unites our far-right governments in different countries, which requires attention of feminist movement to develop new strategies for struggle.

US withdrawal after 20 years of invasion and Taliban take over in Afghanistan released intense fury and rage among women not only in the region but also at global level. We women in Turkey are very much affected by the recent turmoil in Afghanistan, even though we don’t have border directly we could feel this threat under Islamist government who dares to confess they share the same world view with Taliban. Women could not be indifferent and urged to express solidarity with sisters in Afghanistan internationally.

A new and inevitable wave of migration from Afghanistan requires multilayer debates. The US and European Union being in charge of destruction in Afghanistan for many decades and not being hold to account are not taking responsibility of their interventions. Their migration policy to use Turkey as buffer zone for migration and turn country into a “refugee camp” by buying the government who has not refugee and migration policy at all and taking advantage of this situation to blackmail European countries. Our peoples are and should not means of bargain between corrupt governments. And Afghanistan set an example on how imperialist countries see our peoples. They consider their local collaborators are dispensable. We want a dignified life and a dignified death for all.

This is why women from all around the world created a global solidarity network to stand with women in Afghanistan and to urge international community and governments not to recognize Taliban.

To express our solidarity, we want to call a 24-hour action of feminist solidarity with the women in Afghanistan. It will be held on September 1st, a day after the US army complete the evacuation there.

Yıldız Temürtürkan is a militant of the World March of Women in Turkey.