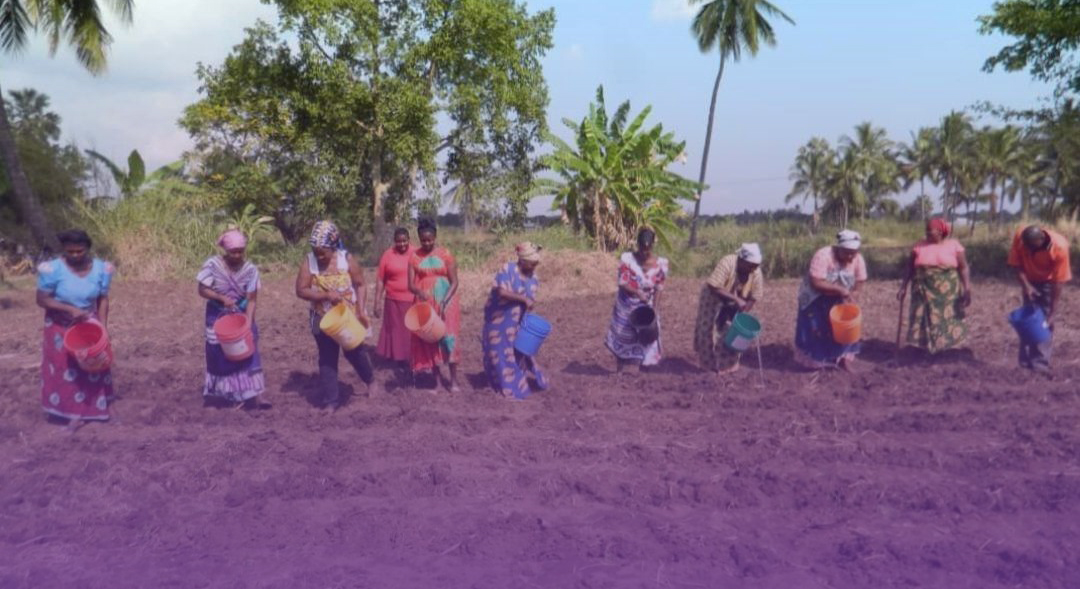 We know that the oppressive systems organize our existence. They are not an inherent nature of the human being. There is no such things as human beings been born oppressive, or exploitative, because that’s something people learn throughout their lives. By observing different areas and aspects of life, and how things are organized in the society. People aren’t born oppressors, they learn to do so and abide to the system as they grow and enter into this profit driven world that prioritizes accumulation over everything.

This is where the idea of an alternative comes in. Building feminist economy as a new model for society has to be looked at as a collective process that seeks to uproot the current system that we have. It’s about trying to create a world that works for everyone. When we speak of building a feminist economy, we don’t mean creating a mechanism that works only for women, instead it entails creating an environment that is just for everyone who lives in this world. A safe environment for women, men. One that takes care of our communities and our rights to self-determination… for everyone!

In Tanzania, different movements and local organizations try to put in an effort to build alternatives that contributes to the feminist economy. In agriculture, the women in rural areas are trying to produce agroecologically, while upholding the values of food sovereignty. We produce food aiming to feed our local communities. We produce food asserting it as a right and not a mere commodity. But also, we produce food while protecting our environment, and protecting our own selves, our farms, our lands. The idea of commodifying food is almost nullified in this new order that we are trying to build.

We are very much into the cooperation of our rural societies through the solidarity economy and under this we have what we call village community banks. There are different models of them, many being exploitative. But in our organization, there is a model that we try to use that first prioritizes solidarity actions to make sure that the groups become self-help mechanisms and a better alternative of commercial banks. The village community bank are thus established to help women and communities. In rural areas, they establish village banks as an alternative to the commercial bank model, which is exploitative in nature, and doesn’t see poor people, as they call it, as potential beneficiaries.

In the country there are a number of places where people come and tour and this form has been exploitative to the environment and indigenous cultures. But apart from that, at the National Network of Small-Scale Farmers Groups in Tanzania [Mtandao wa Vikundi vya Wakulima Tanzania – MVIWATA] we have what it’s called eco-rural tourism where everyone is allowed to come and they will be welcomed in a farmer’s house that will be hosting the visitor. As a visitor, you will live there, learn their culture; farmers will learn your culture. You will learn the farming practices that they conduct in that local area, mainly agroecology, and in exchange the visitor will pay the hosting family and local network for the services.

Agroecology is an important solution in the struggle towards climate justice. And of more importance is the actions that we engage in. For example, why should we be motivated to plant trees, just because the climate crisis that the North is creating have demanded us to do it? We do plant trees, but not because they have told us to do so. We do it because we know of our attachment with nature. We know that even with a number of actions that contributes to the alternatives, we still face a number of challenges which haven’t stopped our fight for what we believe in.

Theodora Pius is from the World March of Woman in Tanzania.