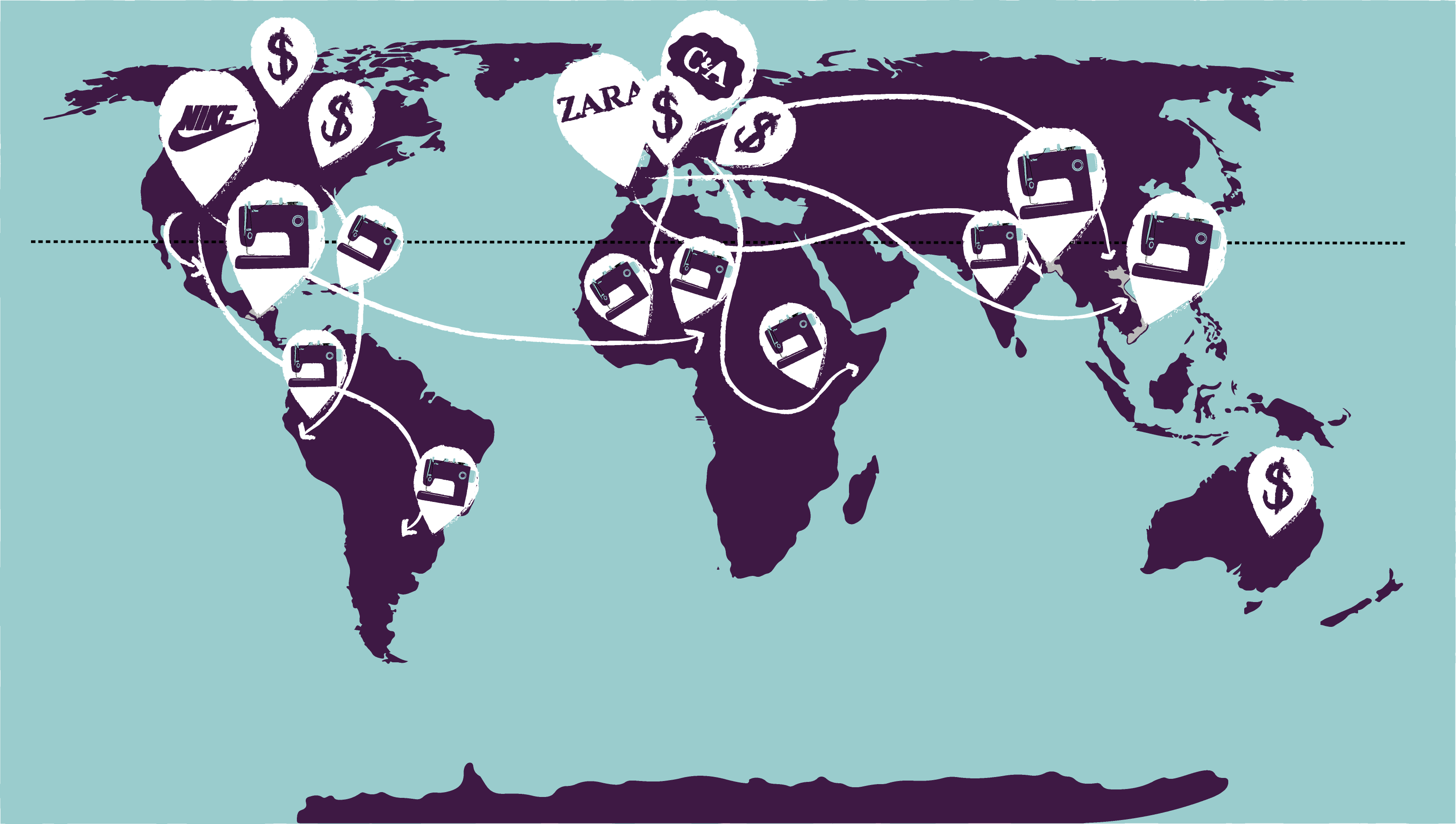 Where Does Corporate Power Go Through?

"Feminist Criticism of Corporate Power" is a series of three animated films about precarious work, food and digitalization, that follows an e-book. .

Big corporations try to rule the economy, politics, and social relations throughout the world. Their ability to accumulate and exploit beyond borders advances imperialism and colonialism, deepening poverty and attacking people’s sovereignty in the Global South. These transnational corporations often have more power than governments, and they exert pressure to cut workers’ rights, carry out privatization processes, attack democracy, promote financialization, and destroy nature.

Those things affect women’s lives in many different ways, as they lead to more precarious work (both the so-called productive and reproductive) and control the ways of life of people and communities through private technologies. Dismantling the power of big corporations means ending racist and patriarchal capitalism. Therefore, the concern about the dynamics of exploitation imposed by transnational companies is a feminist issue, and it requires critical collaborative formulation that can point to a horizon of radical change in society.

This was the basis for the formulation of the material for political education and reflection Feminist Criticism of Corporate Power, an outcome of the 5th International Action of the World March of Women. A key pillar for the Action was the denunciation of transnational companies and, between March and October 2020, it brought together the struggle for the sustainability of life and resistance in the territories with proposed alternatives.

The book is complemented by a series of three animated films available in Portuguese, Spanish, English, and French. The videos explain the “workings” of corporate power in three sectors and present our proposed feminist alternatives to it. Film #1: The precarious work shows us how clothes are made, through global production chains, cotton monocultures, industrial production, and department stores. On #2: The Food, the journey of tomatoes all the way to becoming ketchup is compared with a healthier, fairer path that agroecological tomatoes can provide. Finally, #3: The Digitalization shows how the data collected from our lives through our phones go through submarine cables and US servers before reaching their recipients.

The organization and production of these materials was supported by comrades of the World March of Women in Brazil, SOF Sempreviva Feminist Organization, and members of the International Committee of the WMW, as well as by the contributions organized in regional debates in the Americas.