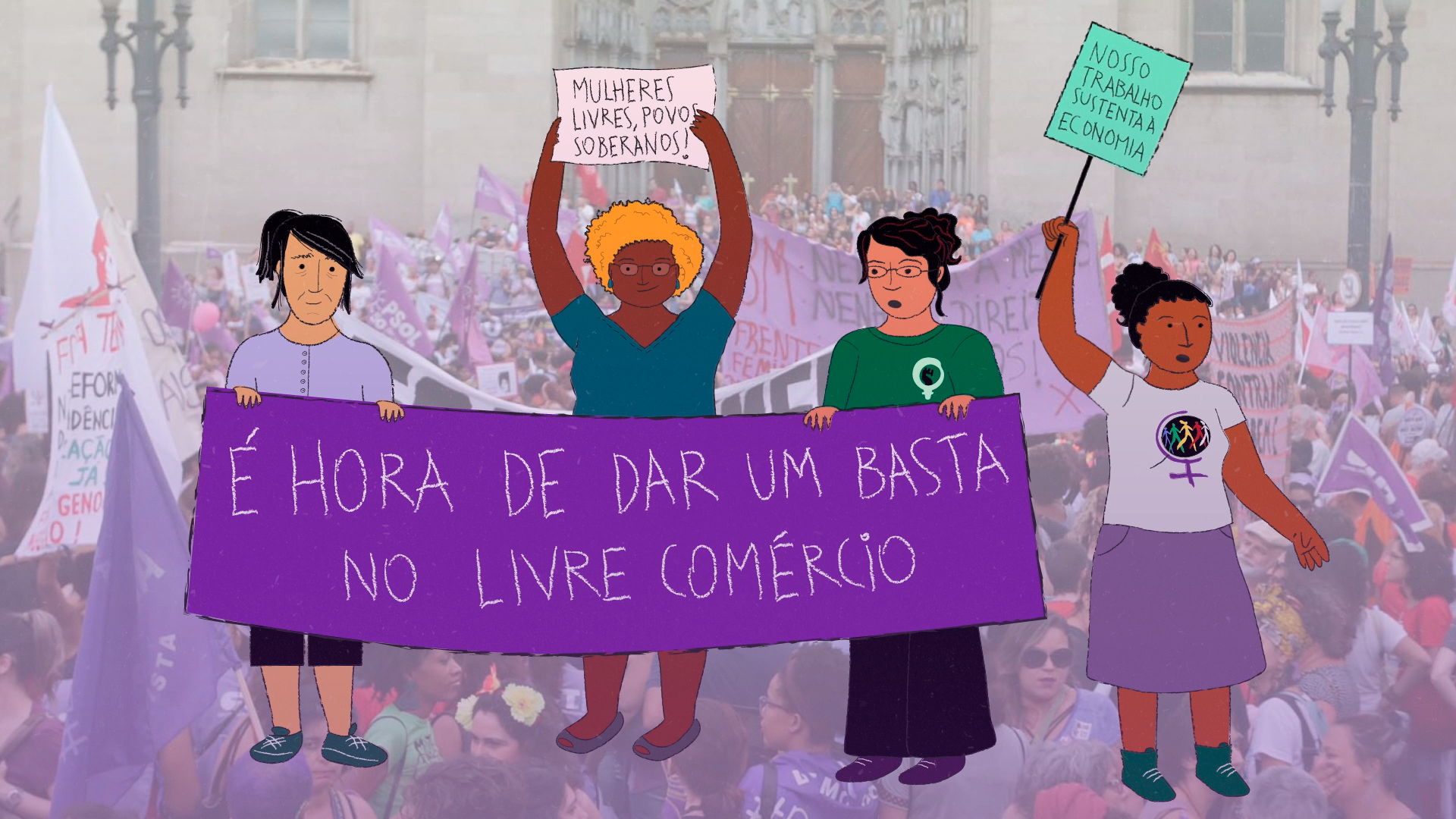 A video by Friends of the Earth Brazil and the World March of Women shows how free trade is attacking lives in the global South.

One of the strategies of corporate power is to make economic projects and policies impossible for most people to understand. Not only that, when it comes to freetrade agreements, the drafts resulting from these negotiations are kept from the public. This is why social movements must take on the task to unveil the logic and the interests behind these agreements. Friends of the Earth Brazil (Amigos da Terra Brasil—ATBr) and the World March of Women Brazil (WMW) are launching a new animated film to denounce the interests of transnational corporations in the European Union-Mercosur Trade Agreement.

The animation features two characters, Fátima and Rita, urban workers who are feeling the impacts of the crisis in Brazil firsthand. Amid unemployment and informal and precarious work, care and housework overload, increasing poverty and hunger , and thousands of deaths due to the coronavirus, they hear the news that the EU-Mercosur trade agreement is about to be signed after 20 years of negotiations.

Together, they watch TV and talk about the hardships they experience as their lives become increasingly vulnerable. On the workers’ channel, a news presenter interviews an activist, Roberta. She denounces the impacts of the agreement and the market-driven logic that privatizes healthcare, education, and food. The animated film exposes how free trade intensifies the exploitation of women, Black and working people, family farmers, traditional communities, and the commons in the global South. The film also presents alternatives: with solidarity, people’s sovereignty, feminist economy, and environmental justice, we can change the system and put life first.

The launch of the film was broadcast live, in Portuguese, with the participation of members of the World March of Women, Friends of the Earth Brazil, and the Landless Workers’ Movement (Movimento dos Trabalhadores e TrabalhadorasRurais Sem Terra—MST). These sisters denounce corporate power and the neoliberal and neocolonialist agenda around the agreement. They also underscore the need for organized grassroots struggle against free trade. You can watch the online launch (in Portuguese) here: