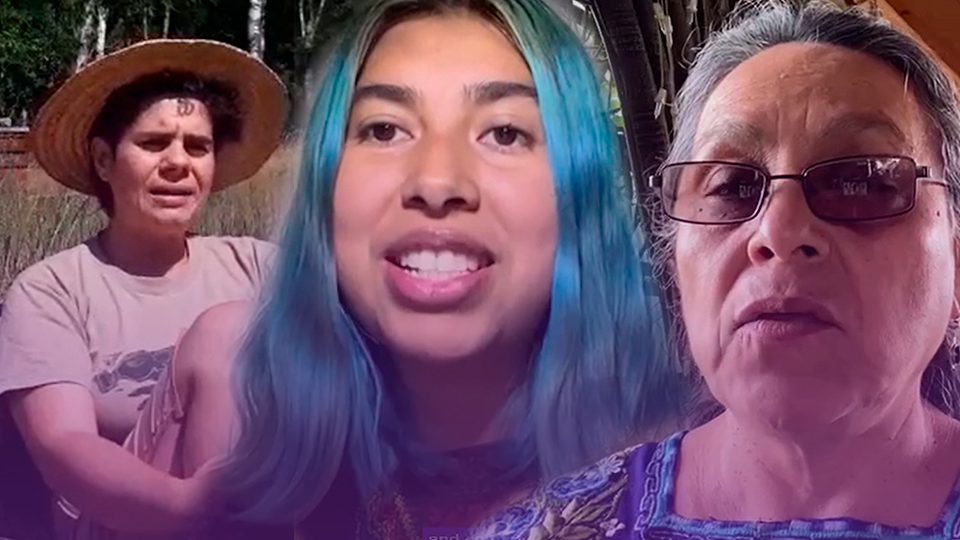 On this LGBTQIA+ Pride Day, we share the voices of feminist militants from Guatemala, Germany, and the United States. From the reality of each different territory, they expose the existing connections between the LGBTQIA+ political agenda and the agendas of their movements, pointing to pathways to promote deep social change driven by equality, the sustainability of life, and the freedom to be who you want.

The video features Kitzia Esteva, a member of the Grassroots Global Justice Alliance (GGJ) and the World March of Women United States, who says being LGBTQIA+ and a grassroots movement militant “means to challenge patriarchy, homophobia, transphobia, and gender binarism, not only on a personal, but also on a systemic level. It means to create spaces, in our movement-building work and community, for diversity. This implies an unrelenting conviction that we must abolish the systems of criminalization, prisons, the police, and militia.” When movements are spaces of freedom and diversity, new pathways open for new forms of relationship—more equal ones, based on care and mutual support.

Paula Gioia, of La Via Campesina Europe, underscored that LGBTQIA+ people are not mere diverse bodies, but “political subjects and part of a global community who has been historically subjected to discrimination.” This is why it is necessary to pursue pillars of integration between the feminist and anti-capitalist political agendas and the demands of the LGBTQIA+ communities for the freedom to be who you are. Sandra Morán, of the World March of Women and the Women’s Sector Political Alliance of Guatemala, says one of the paths toward this integration is already being built in her country, in the proposal of a constitutional process, with “recognition of women’s rights, the right to diversity, and the plurinational state.”