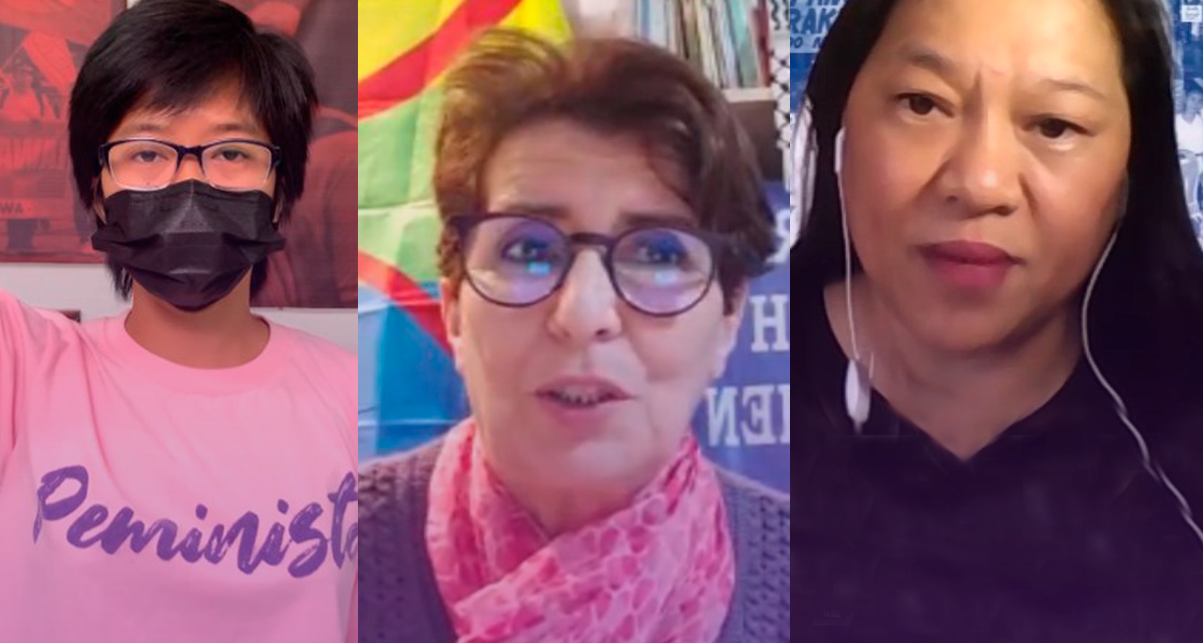 World March of Women militants from the Philippines and Morocco recorded a video to denounce women’s precarious work conditions in the textile industry.

April 24th marks a day of internationalist struggle for the World March of Women, for solidarity and against the power of corporations over women’s work, bodies, and lives. It’s a day of global feminist action in defense of nature, for decent life, and fair work, free from exploitation. The date was established to express solidarity with women from Bangladesh after the Rana Plaza building collapsed in the capital, Dhaka, in 2013.

The eight-story building housed export-oriented textile manufacturing factories and a commercial center. More than 1,000 women workers died in the incident, exposing the terrible working conditions women endure, not only in Bangladesh, but in several countries across the world. The exploitation and feminization of labor in the textile industries is a reality in many countries in the Global South. This year, at least 26 workers—men and women—died in an underground textile workshop in Tangier, Morocco.

The video below brings together the World March of Women sisters Khadija Ryadi, from Morocco, Judy Miranda, secretary-general of the Labor Party [Partido Manggagawa], and Jane Labongray, a member of the Center of United and Progressive Workers [Sentro ng mga Nagkakaisa at Progresibong Manggagawa—SENTRO], both from the Philippines.

“Women who struggle today are determined to resist the oppressive conditions in which they live, and they are determined to increase their power through organizing, unity, and solidarity,” Khadija said. This year, amid a health and economic crisis, working women demand financial support for as long as the pandemic lasts, and employment for all, with safety, vaccines, and safeguarded rights. And they struggle to dismantle the power of transnational corporations, putting life first.

September 28: Latin America and the Caribbean in the feminist struggle for legal abortion

Watch the video with testimonials about the fight for the legalization of abortion in the Americas.

Africa’s Women’s Day: “We Need To Unite Our Voices To Fight Against New Forms of Colonialism”

Today, July 31st, Africa’s Women’s Day, we listen to a chant and a message by Graça Samo, of the International Secretariat of the World March of Women.

A video by Friends of the Earth Brazil and the World March of Women shows how free trade is attacking lives in the global South.