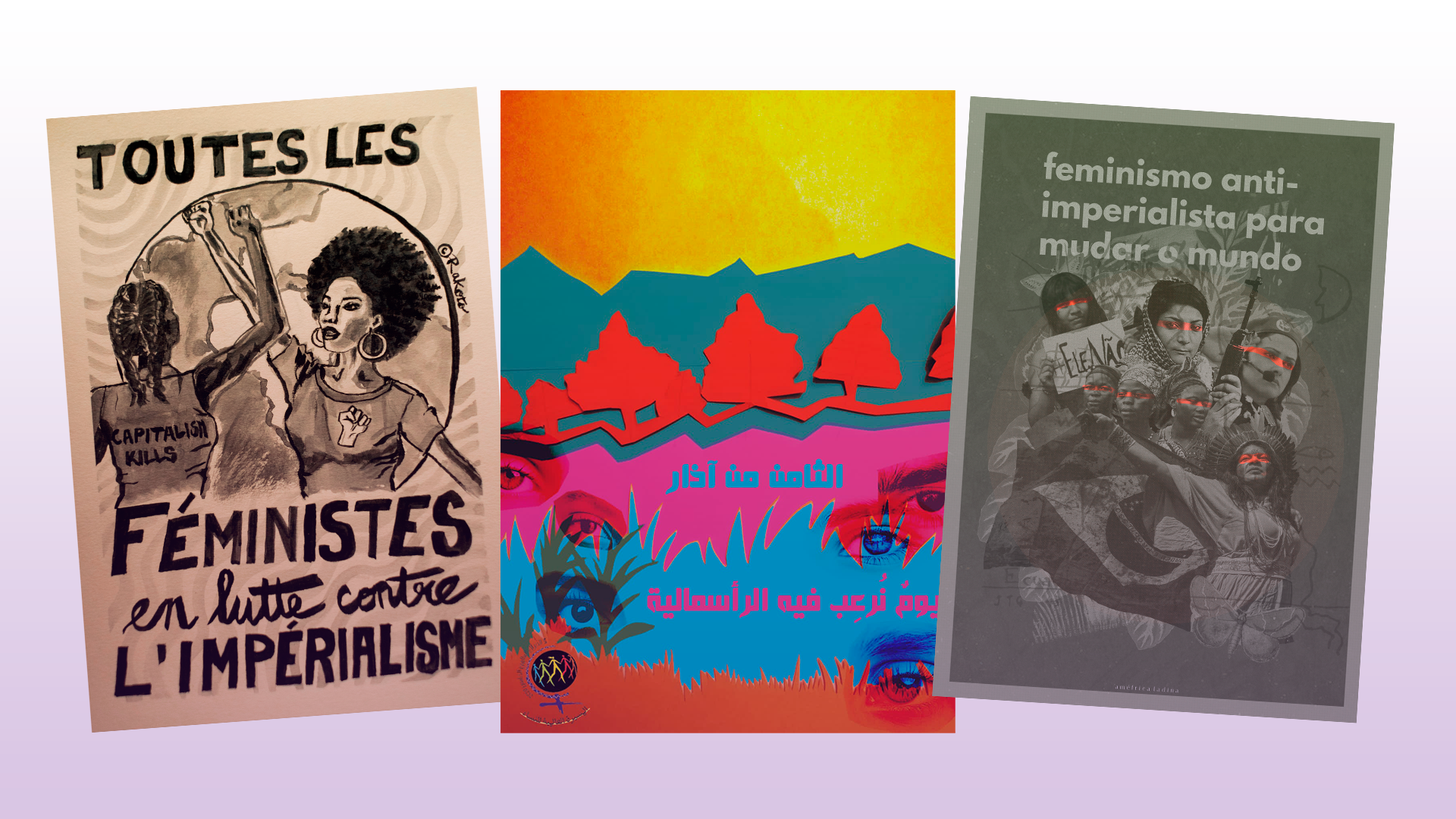 On May 1, 2021, we are launching a new virtual gallery with posters created by 24 people and collectives from 12 different parts of the world.

By Capire, IPA, and International Week of Anti-imperialist Struggle 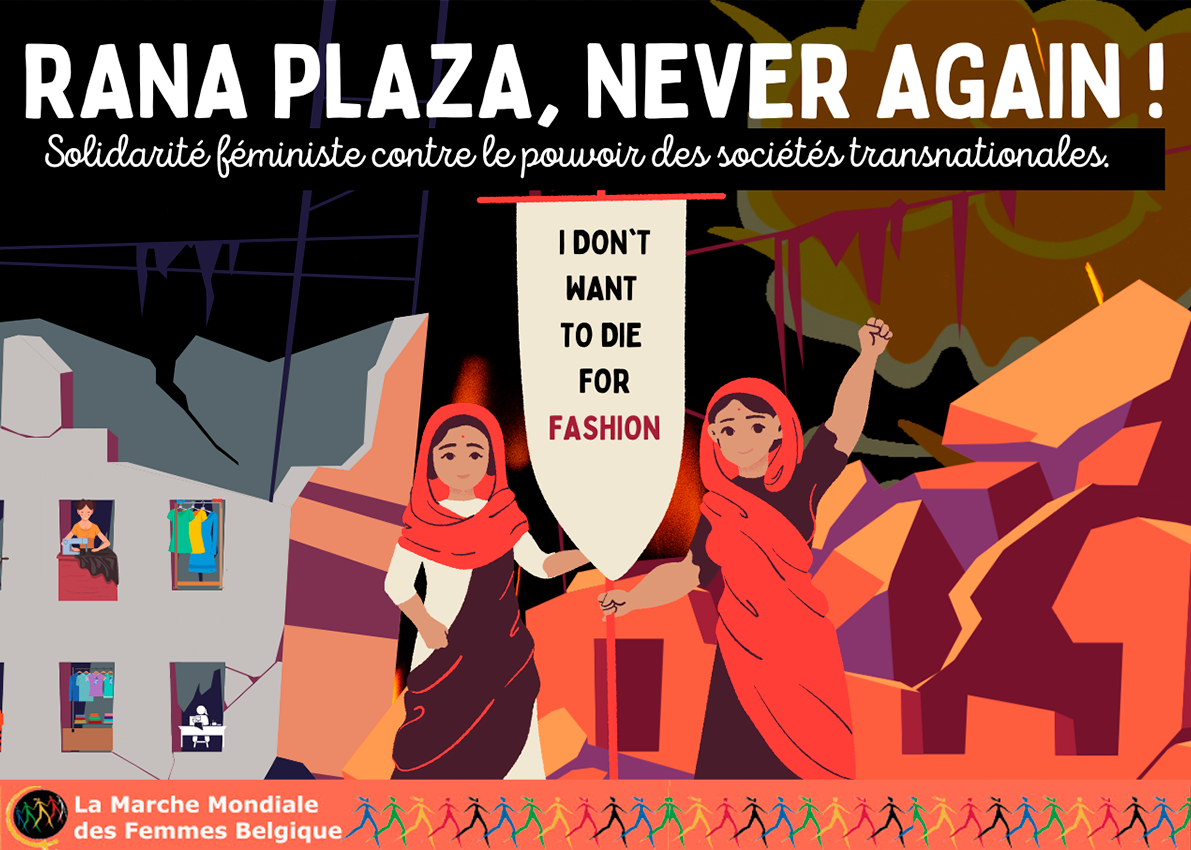 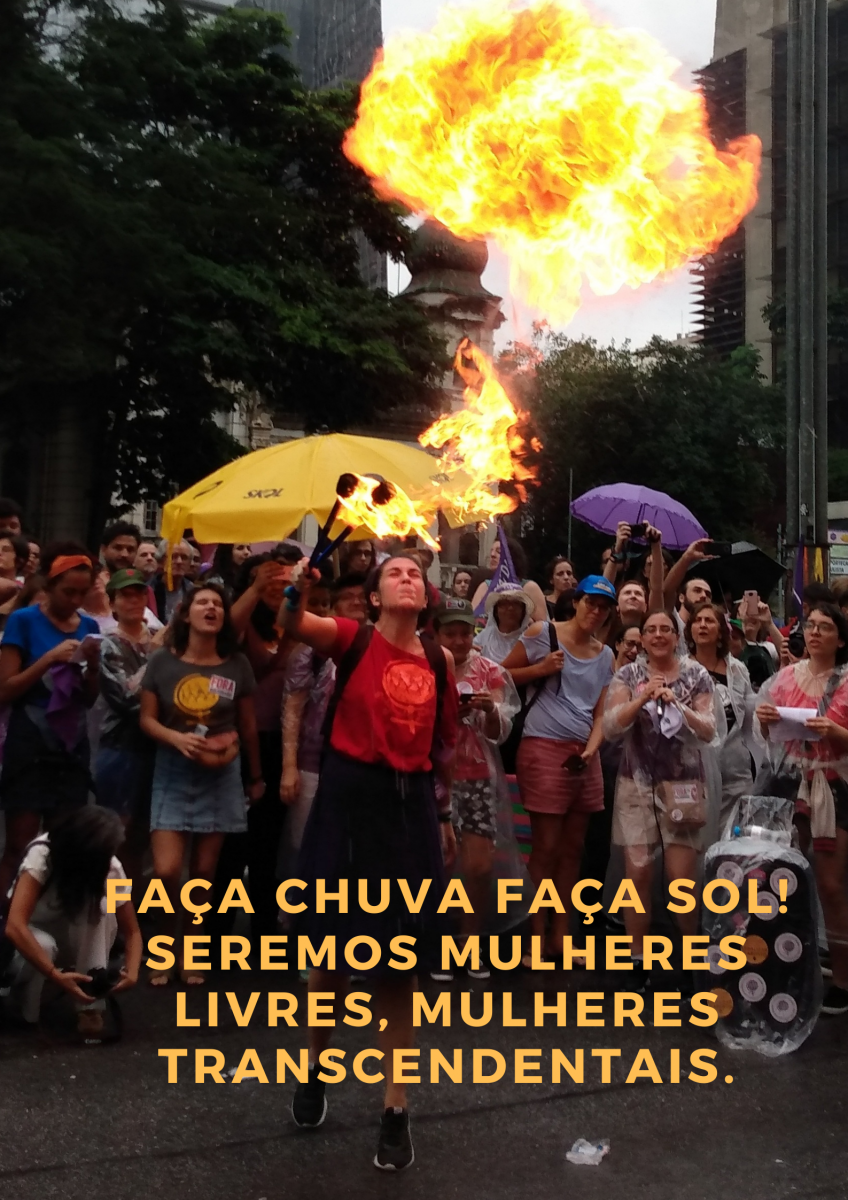 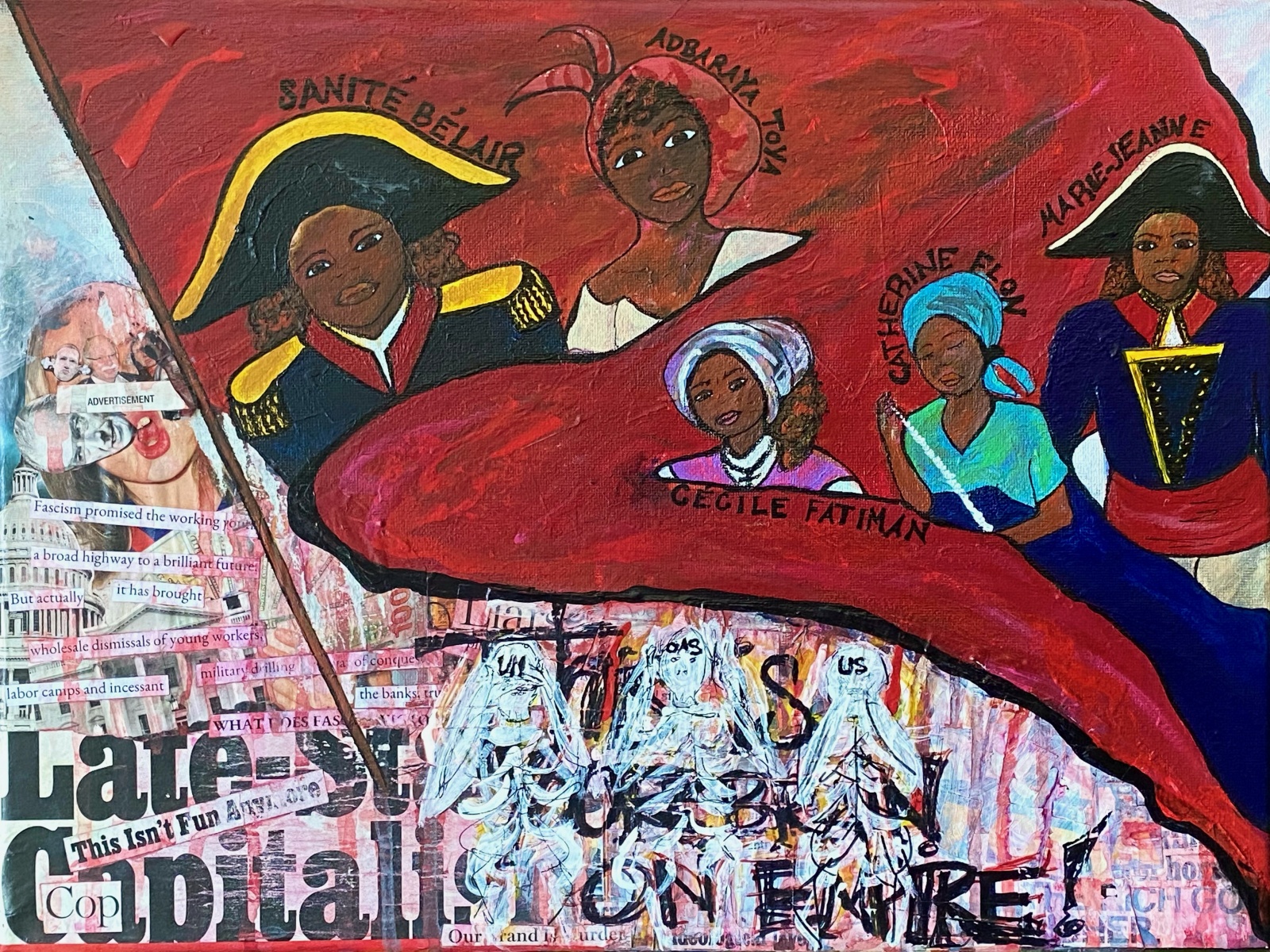 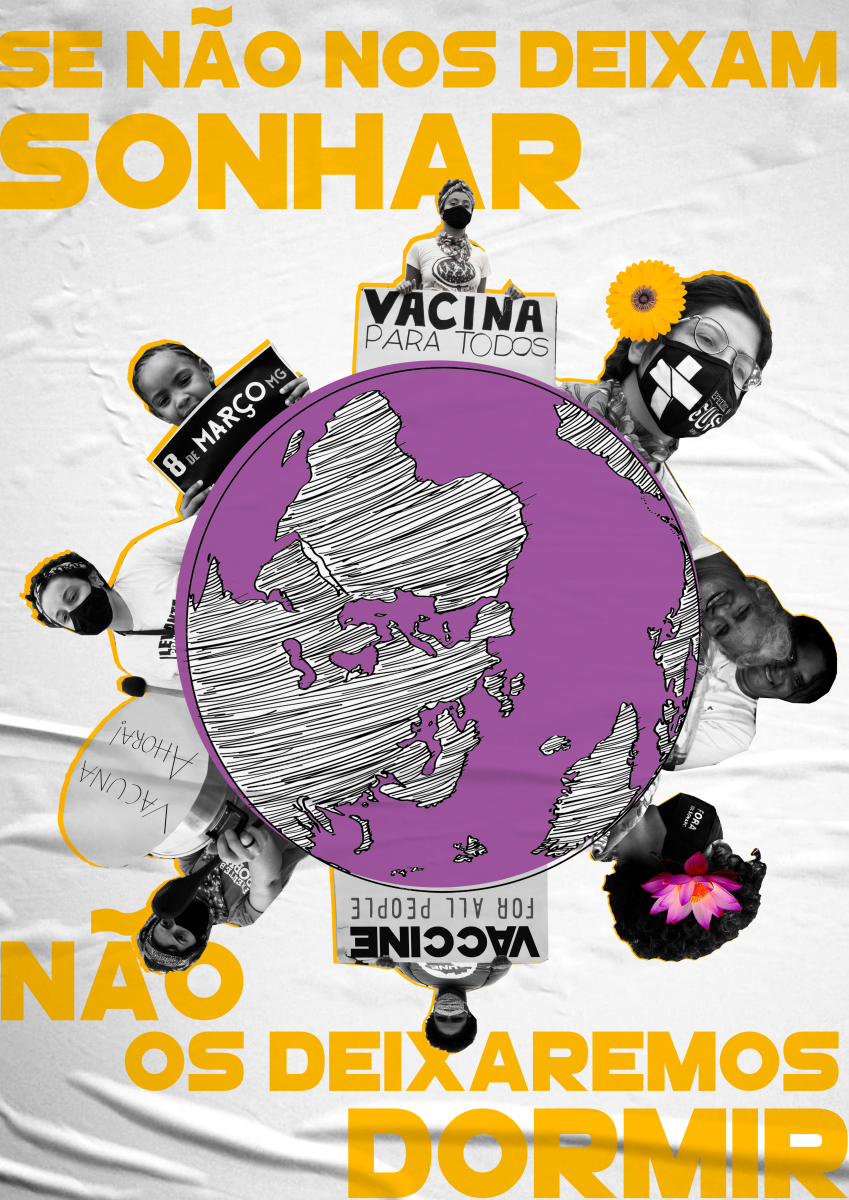 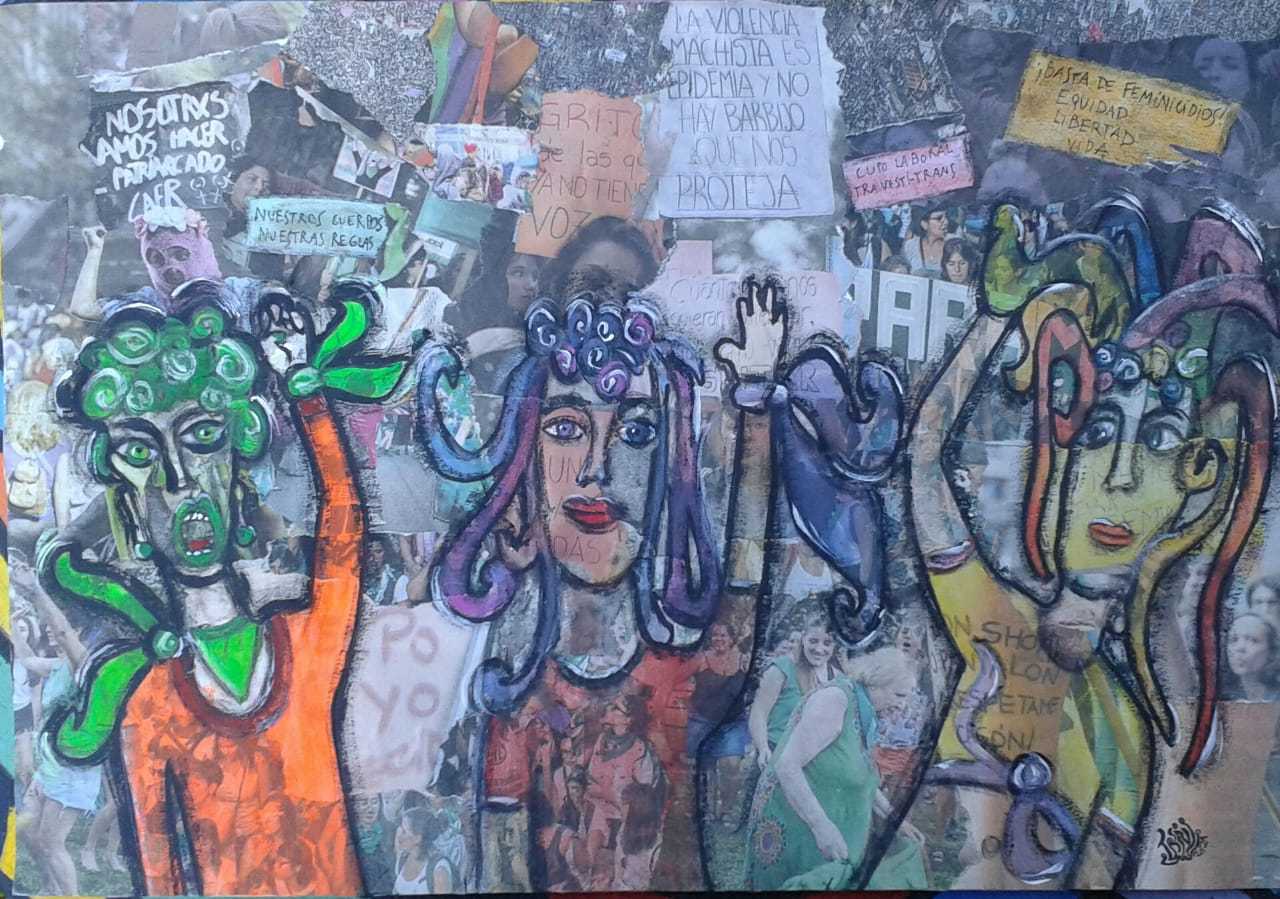 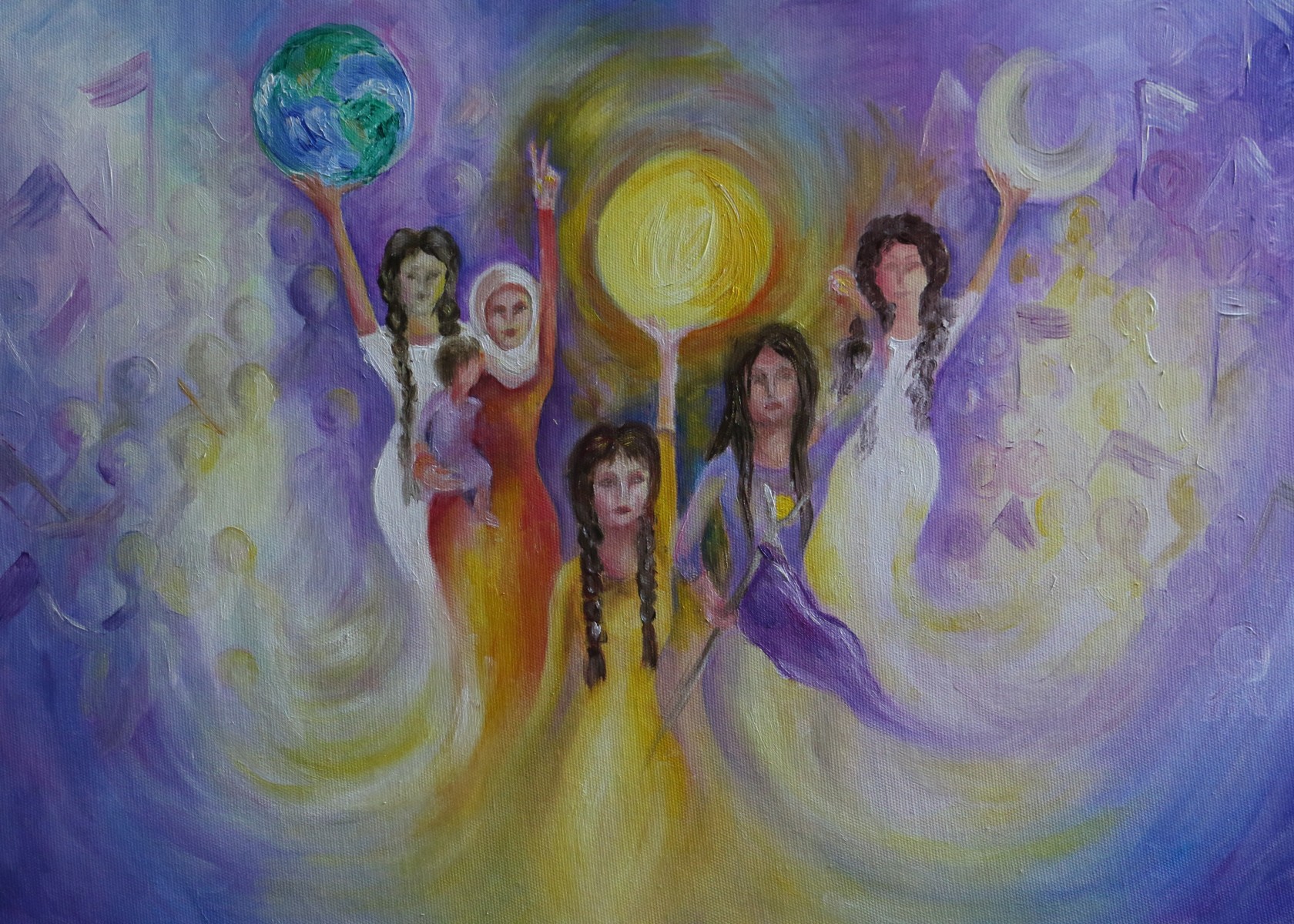 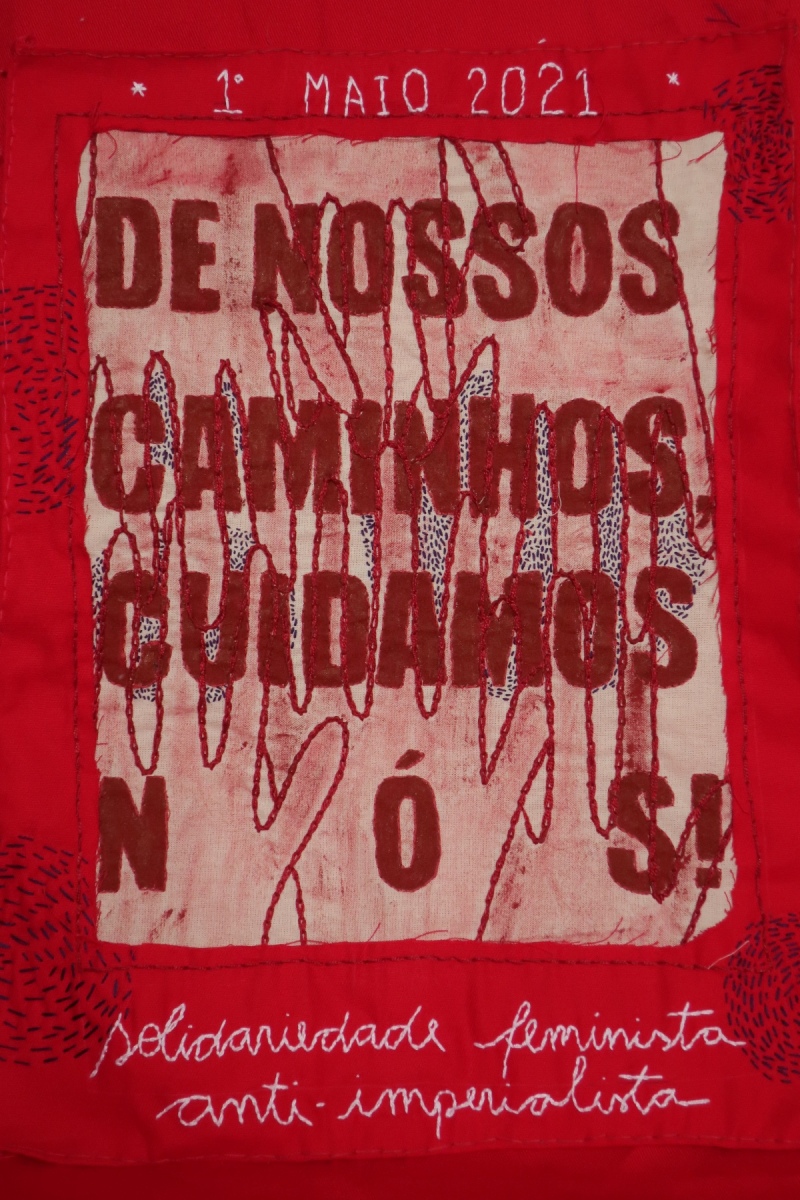 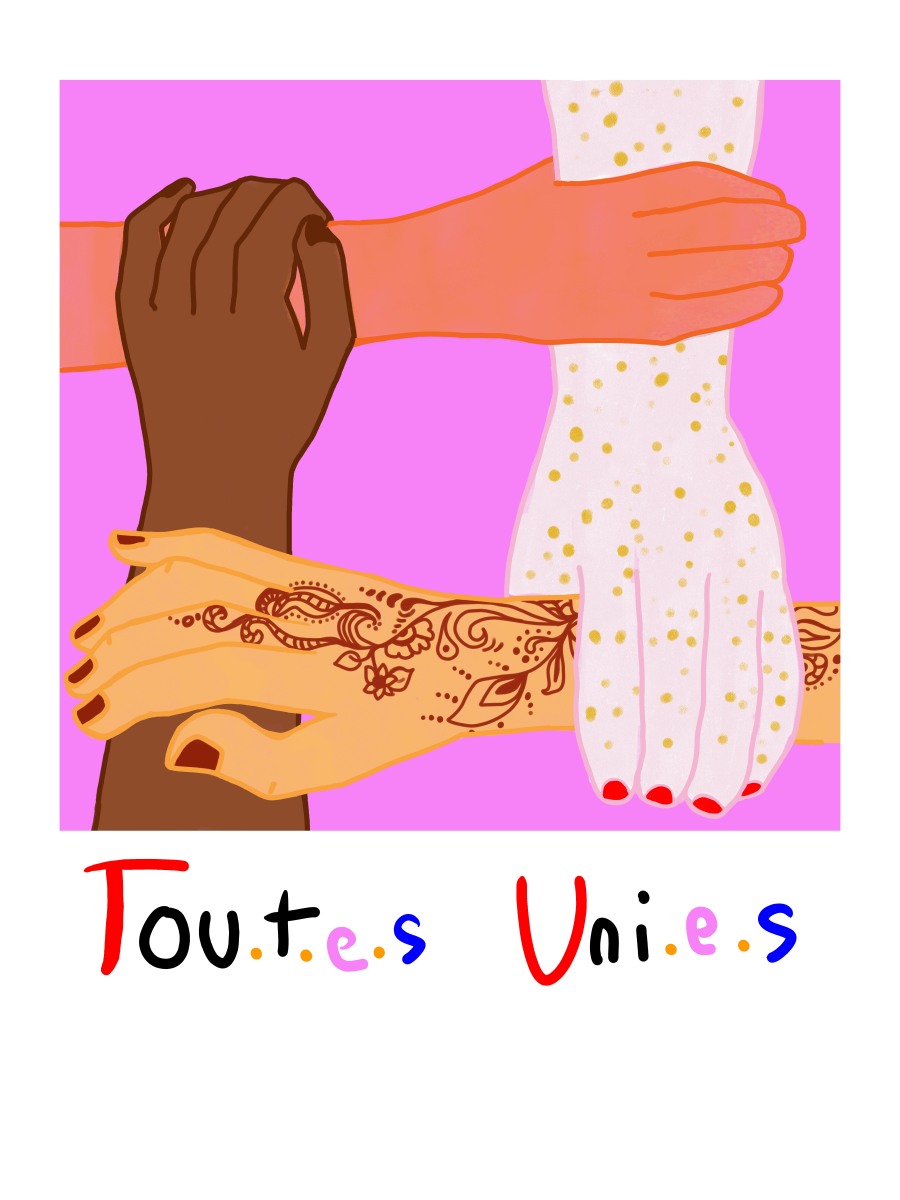 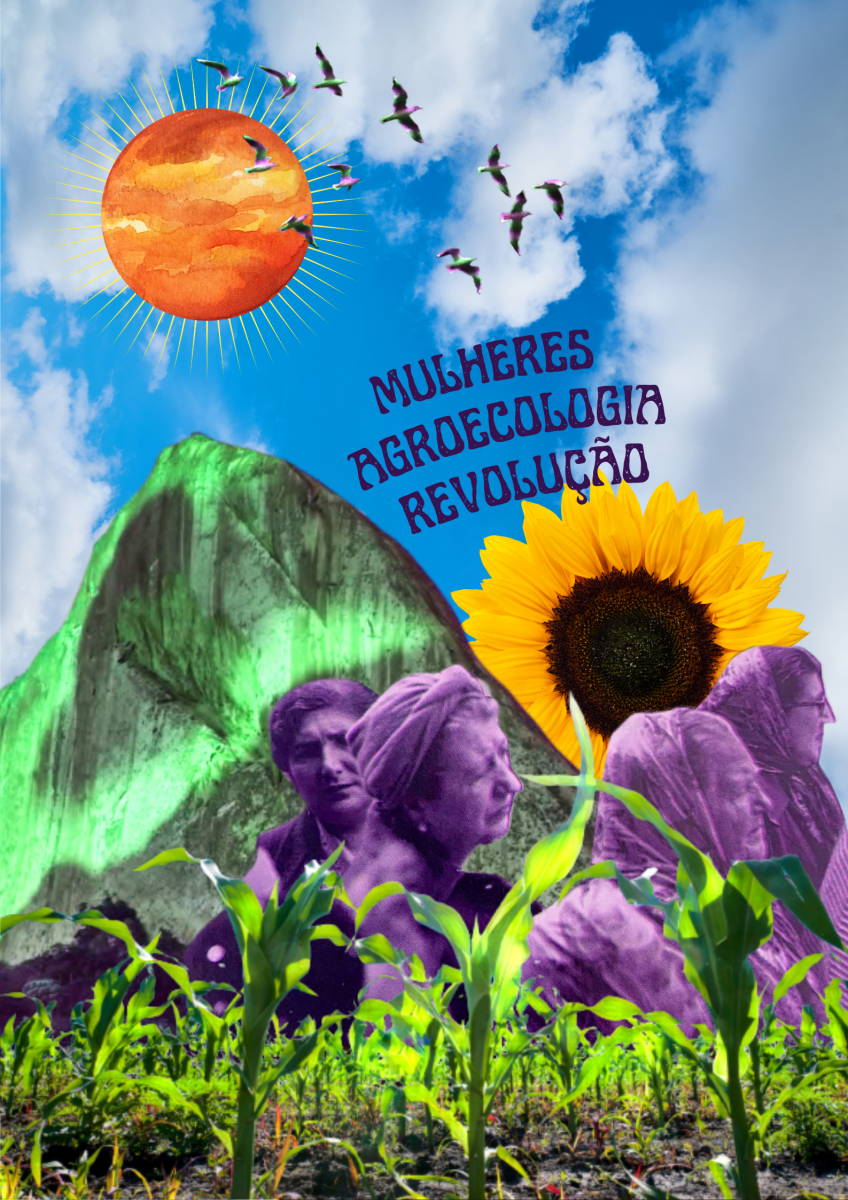 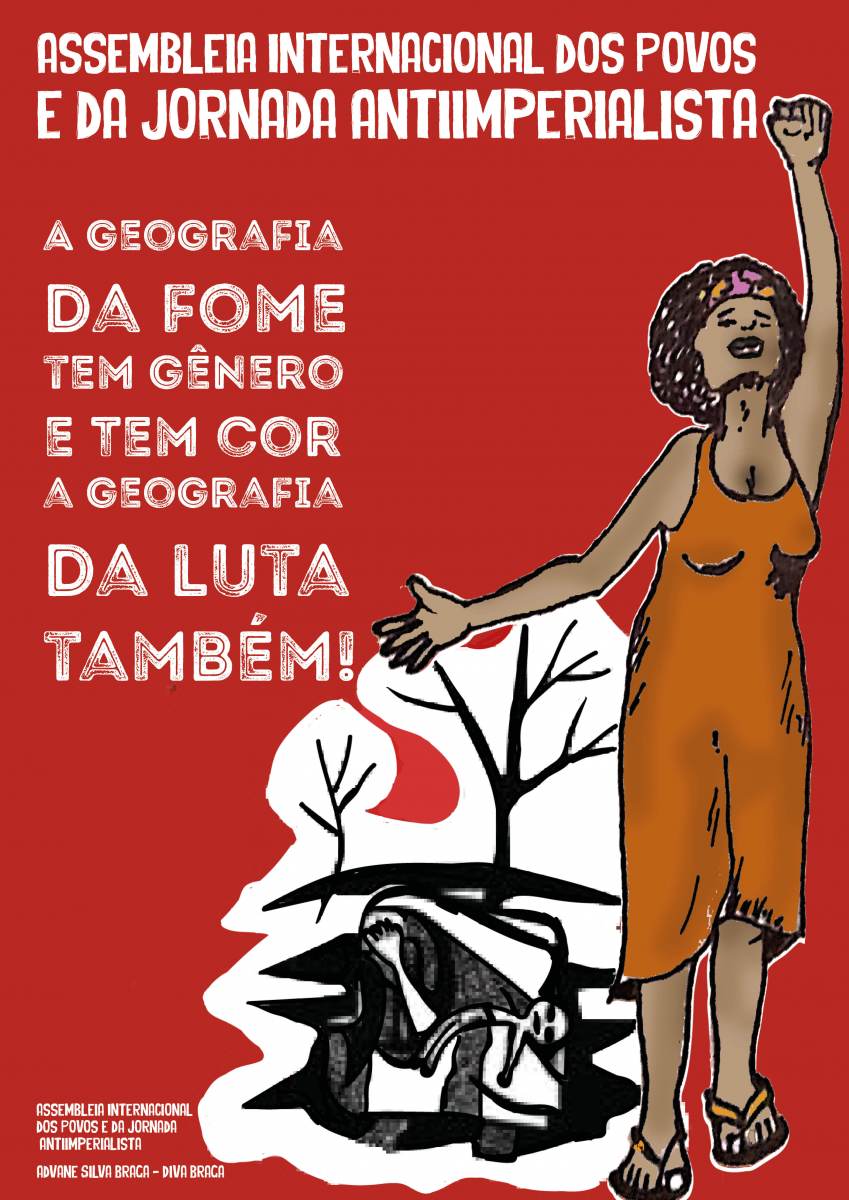 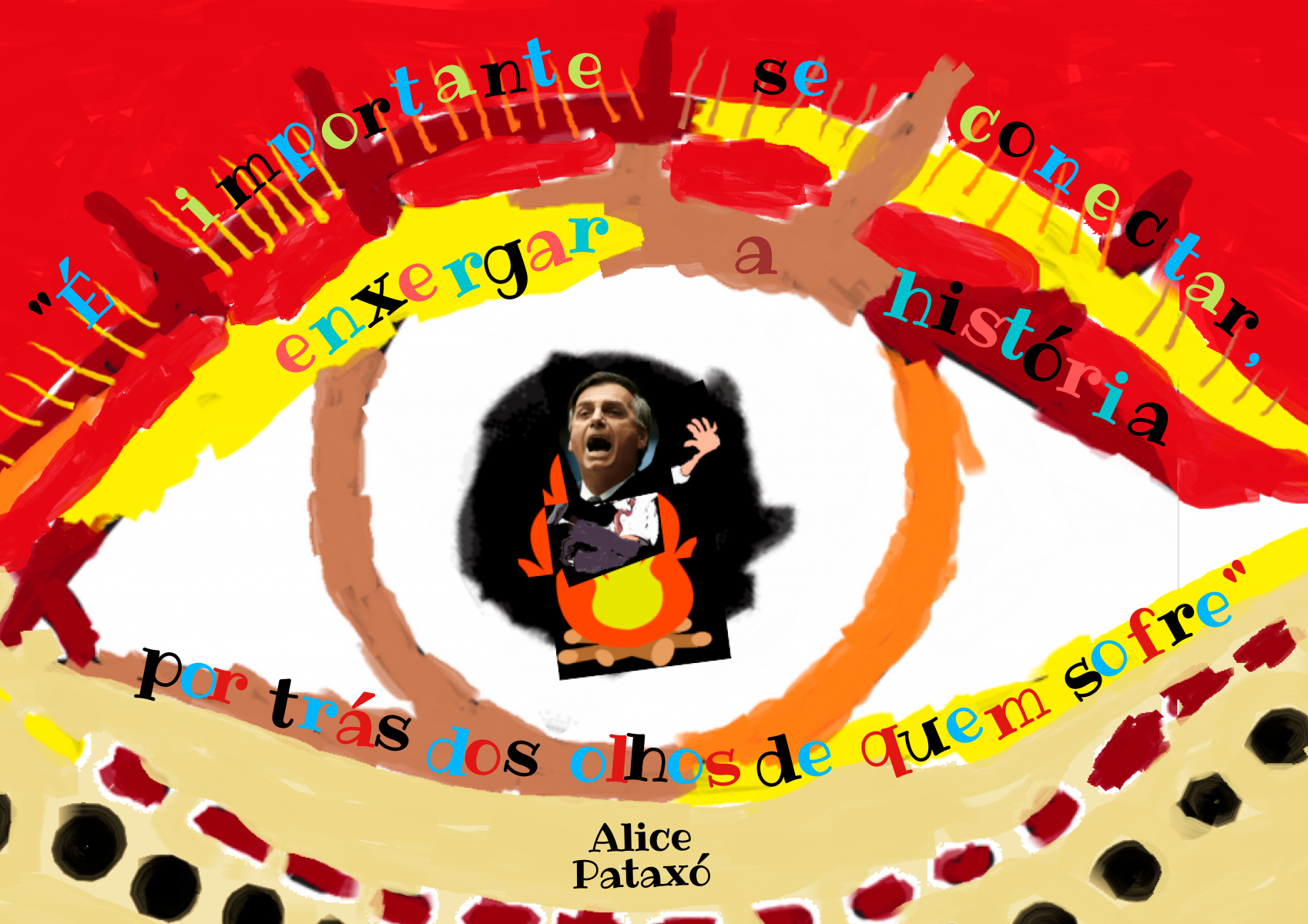 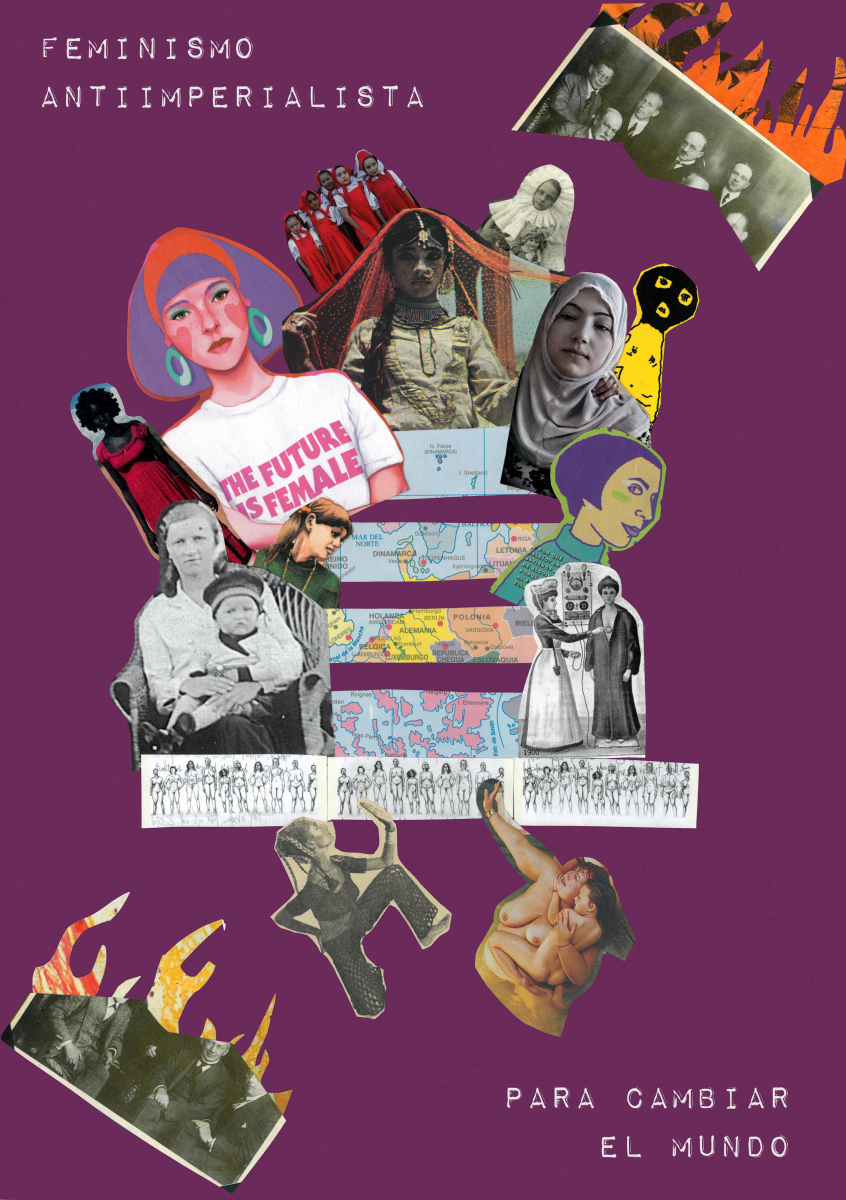 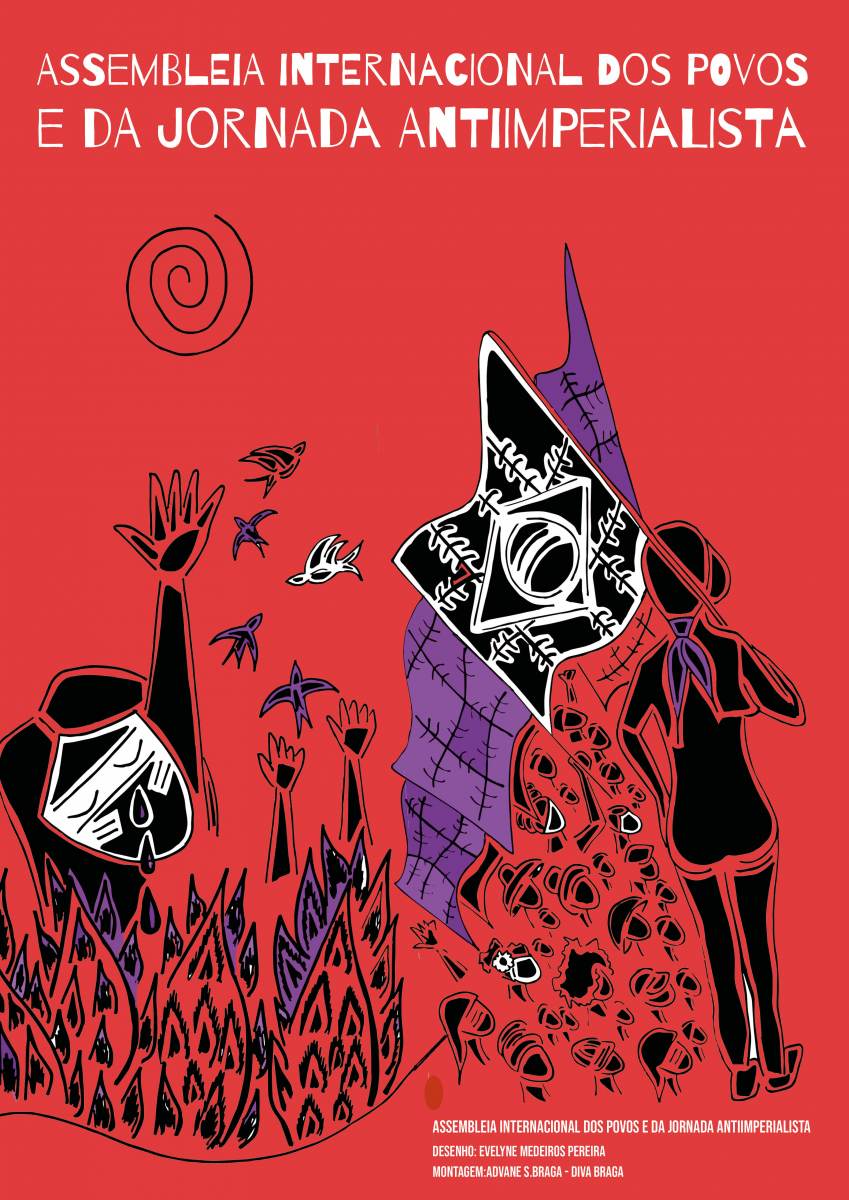 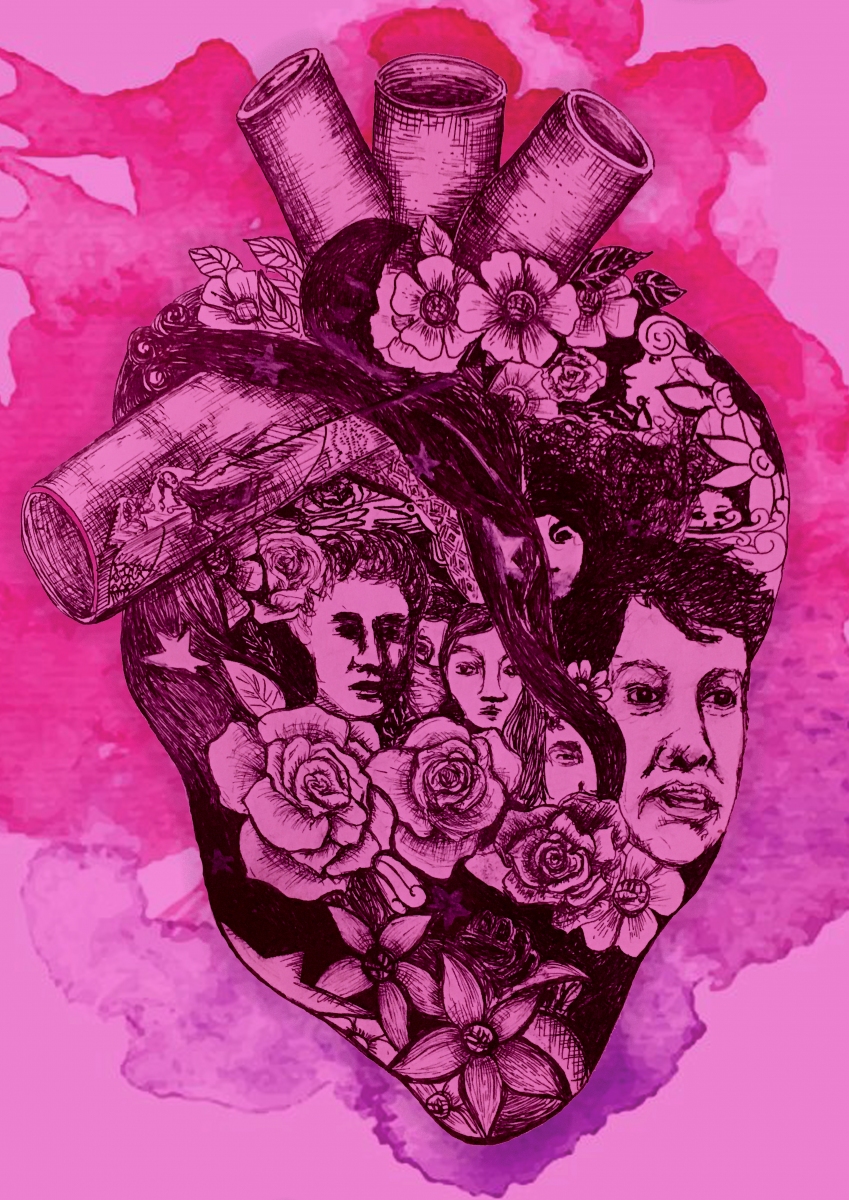 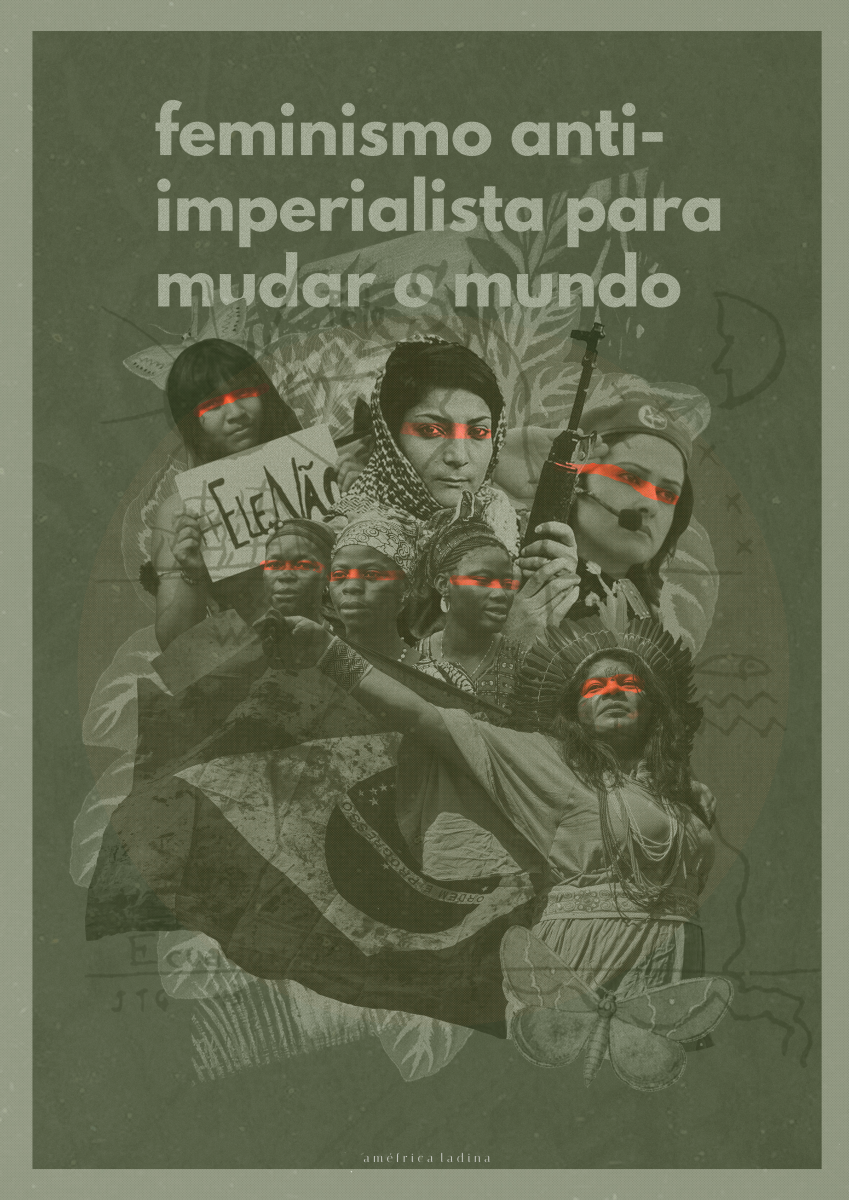 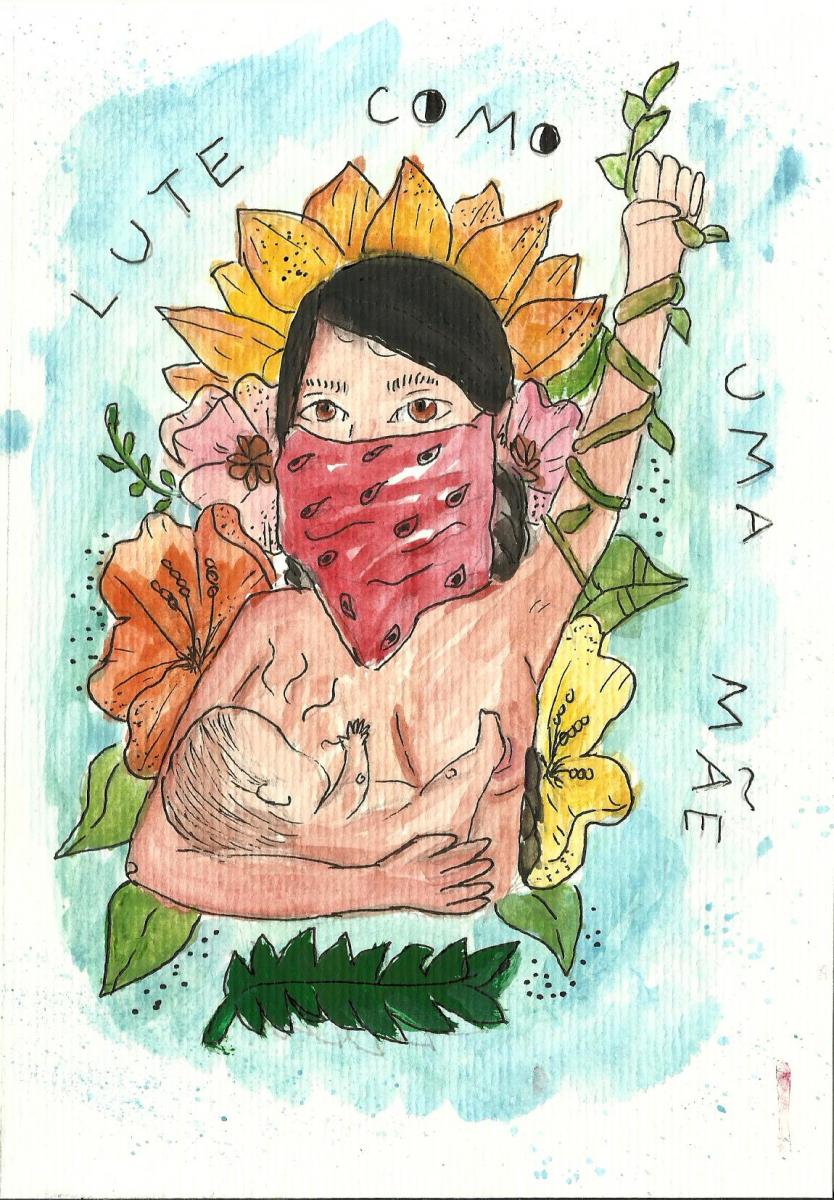 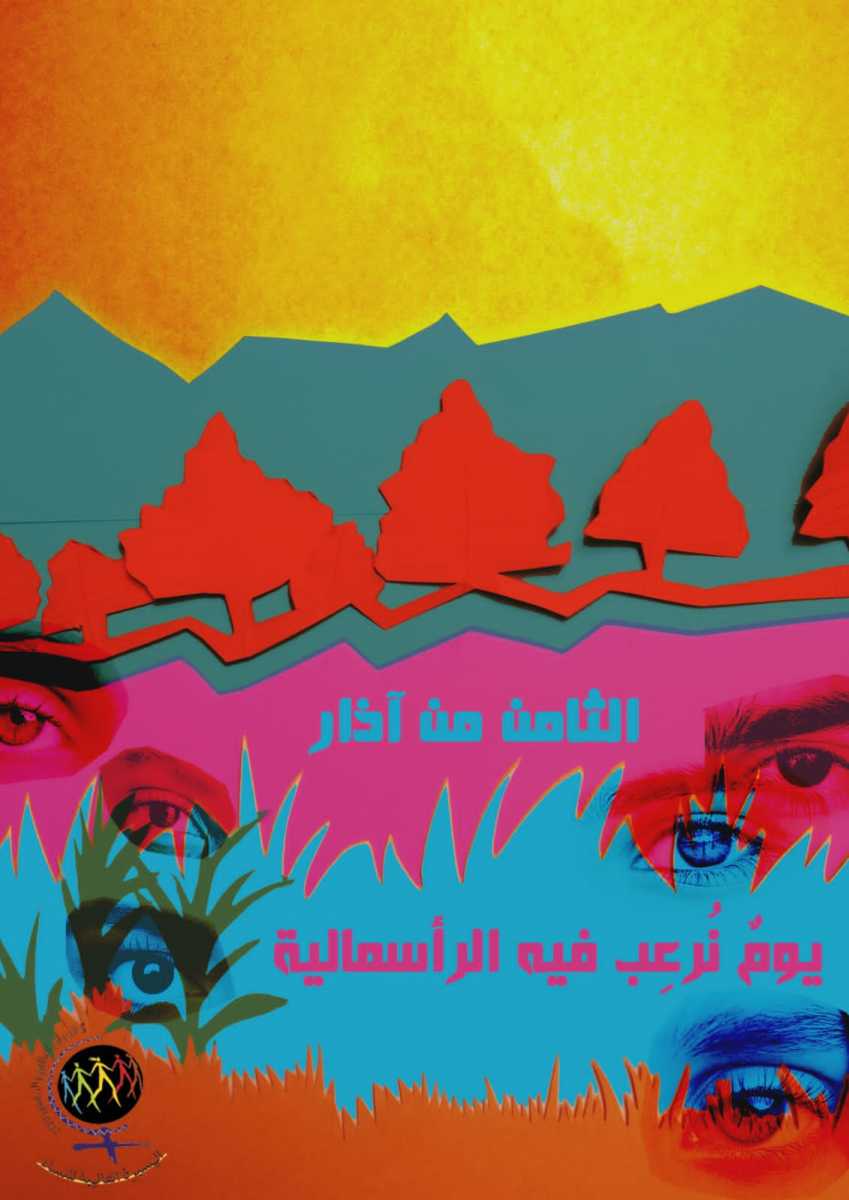 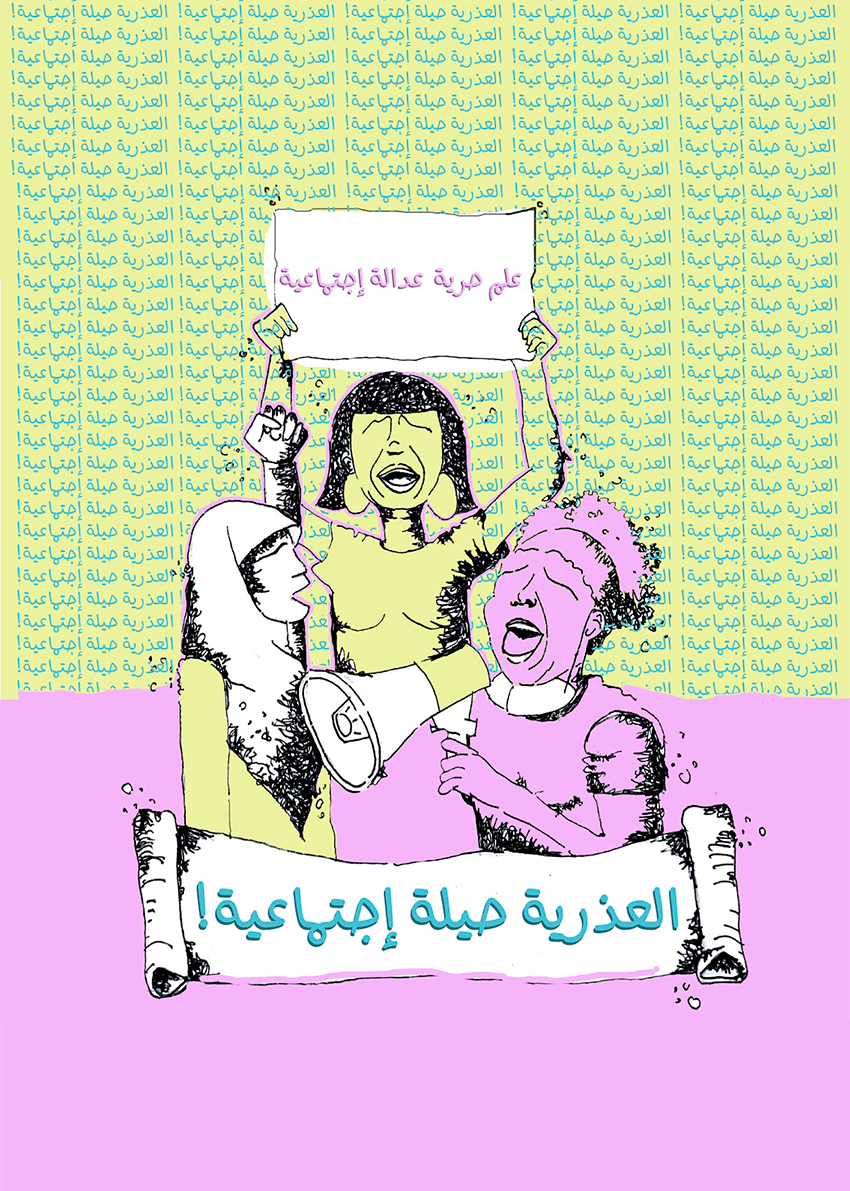 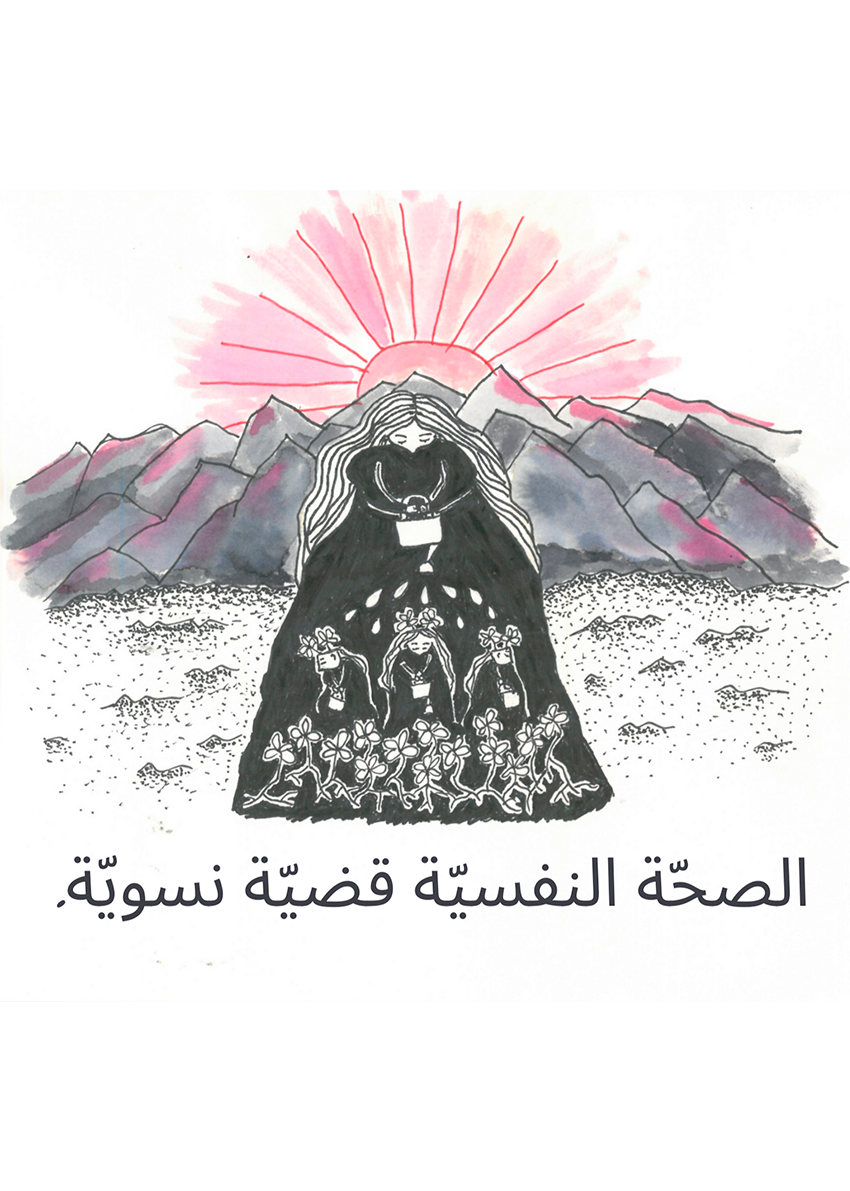 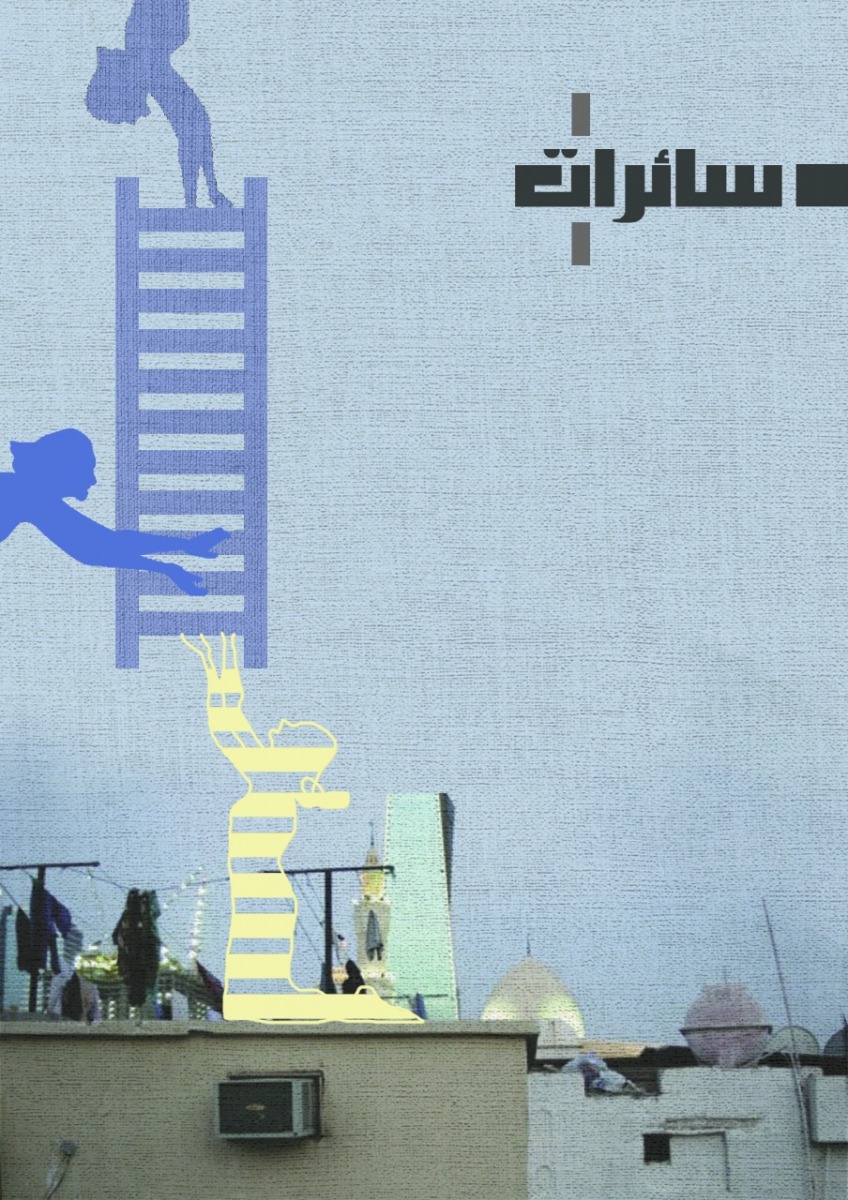 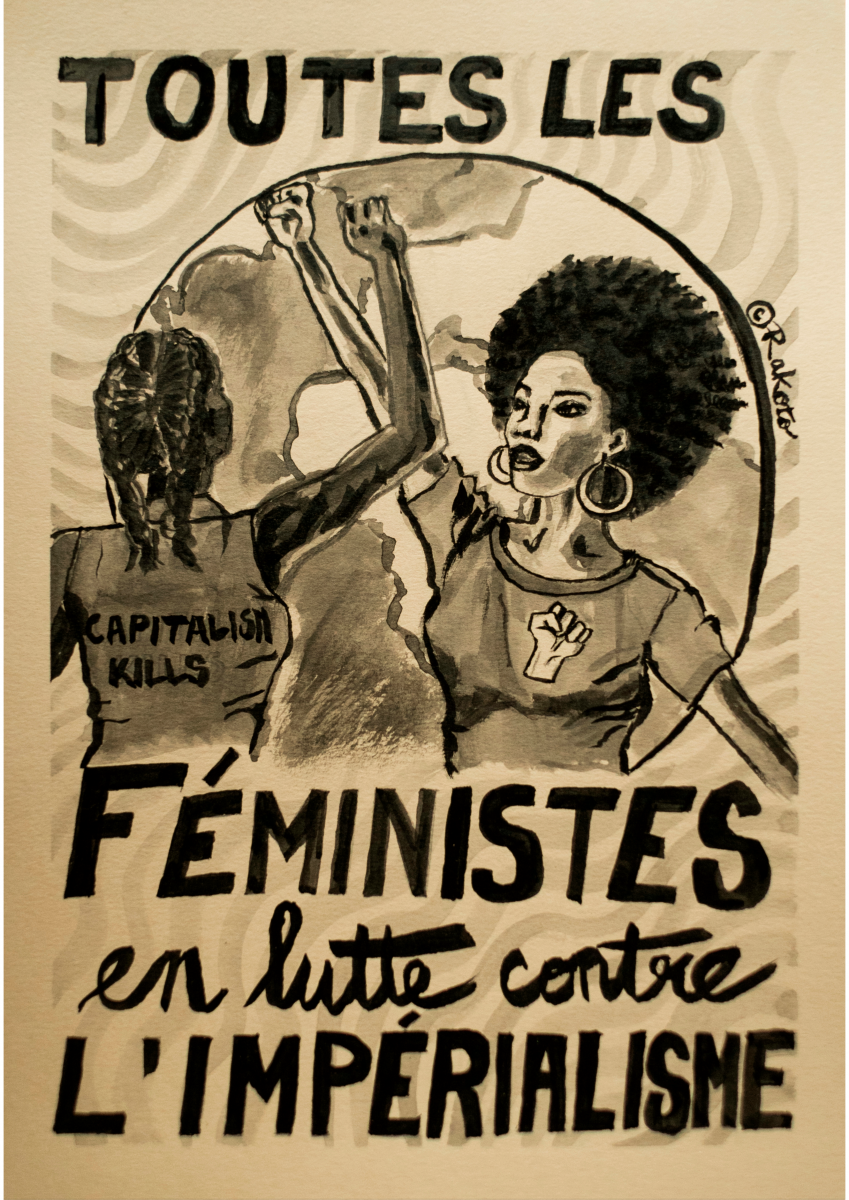 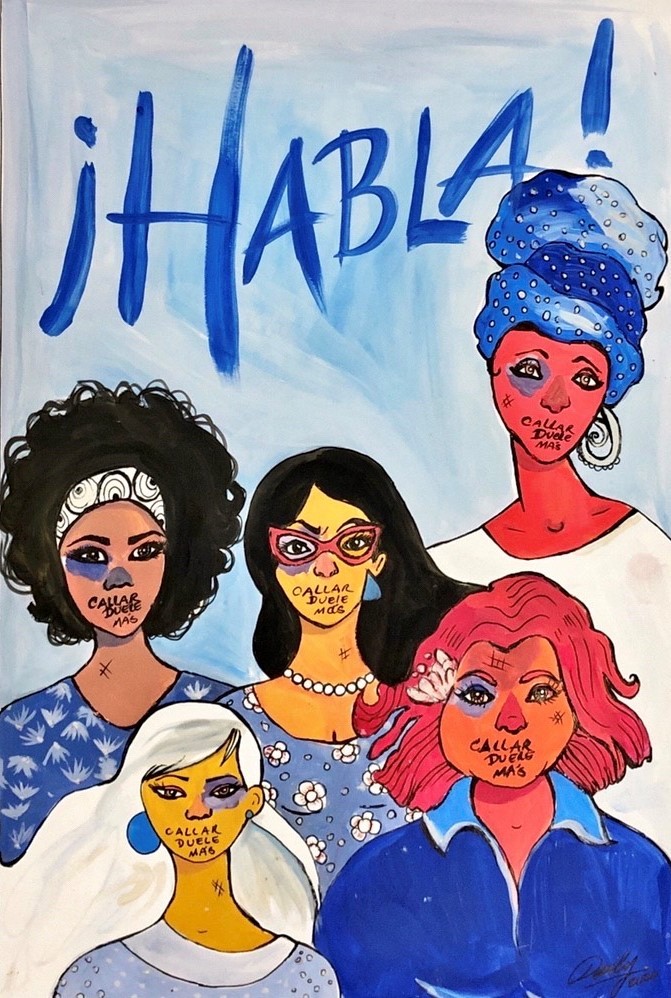 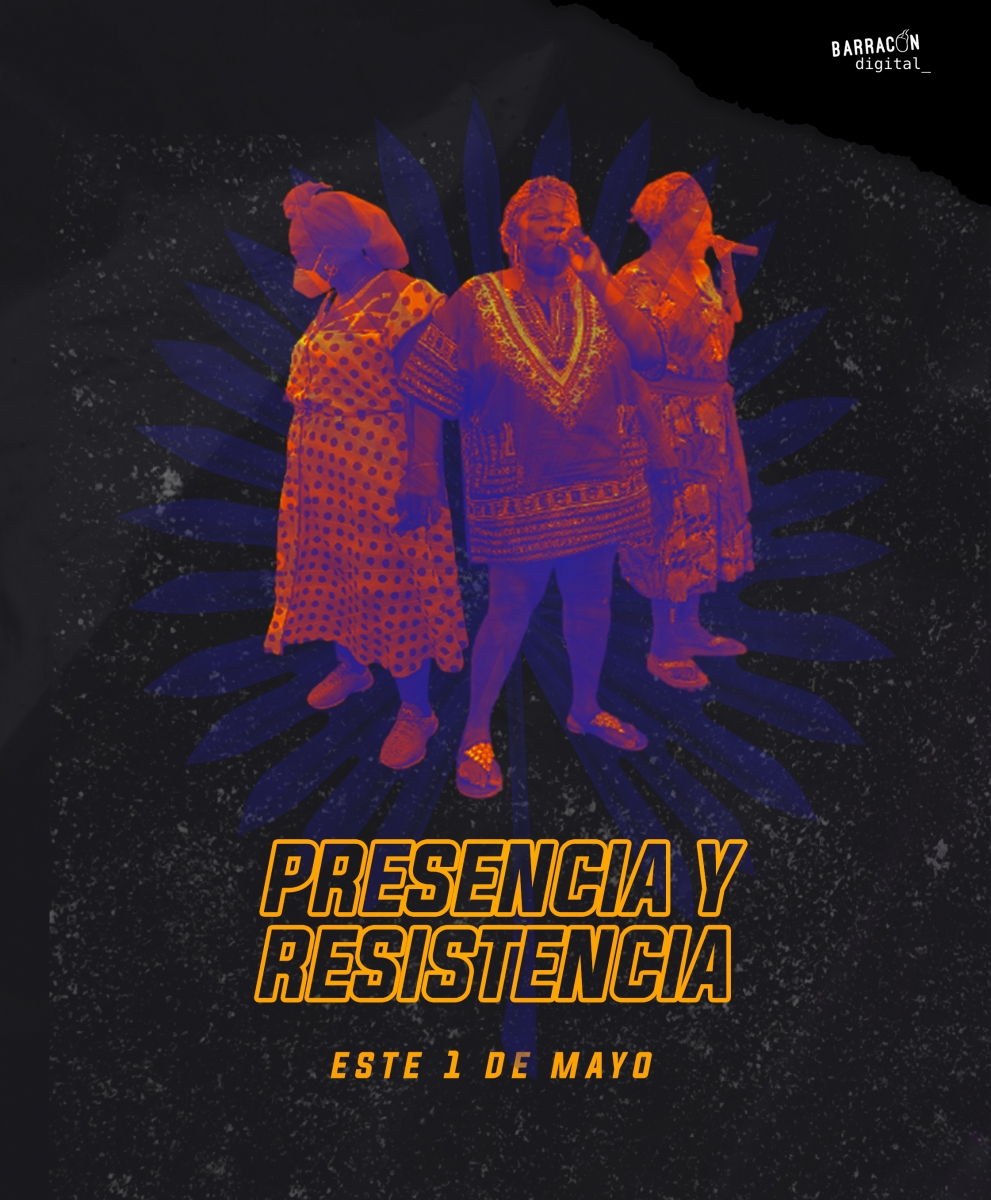 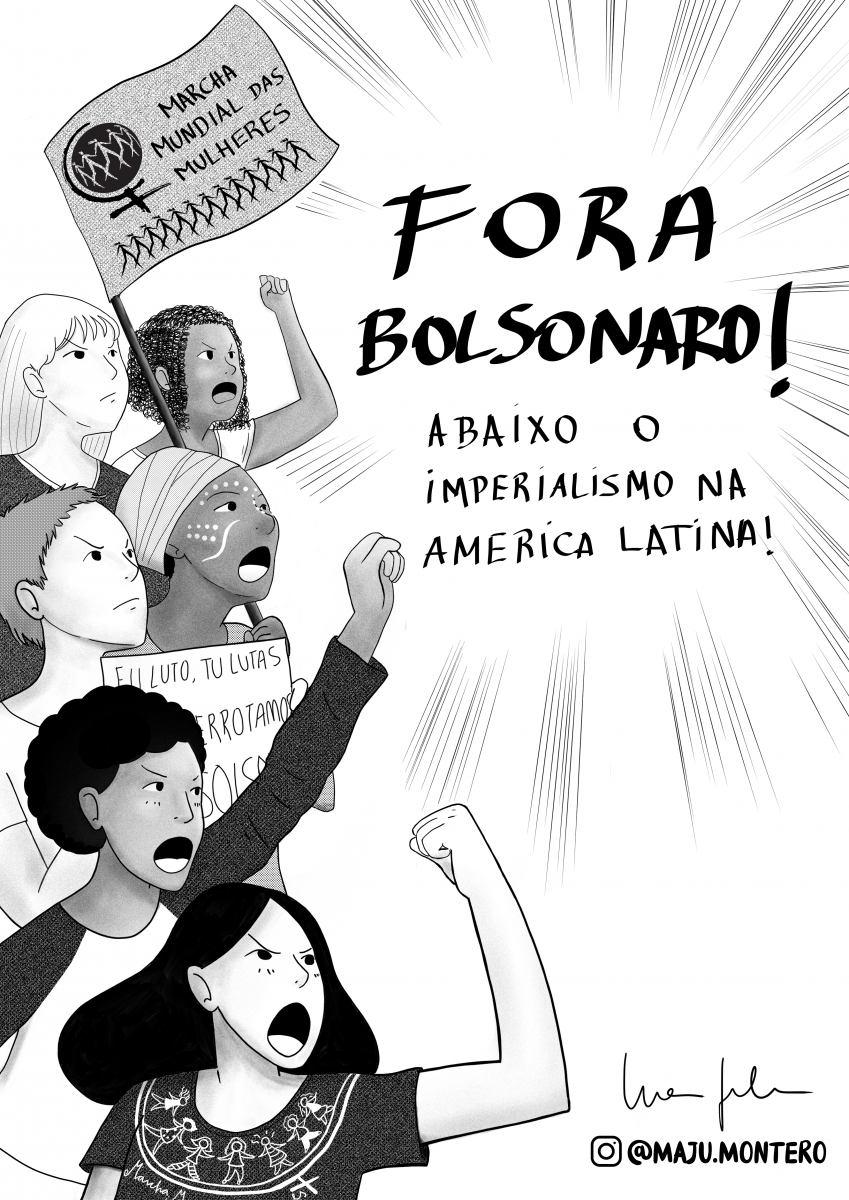 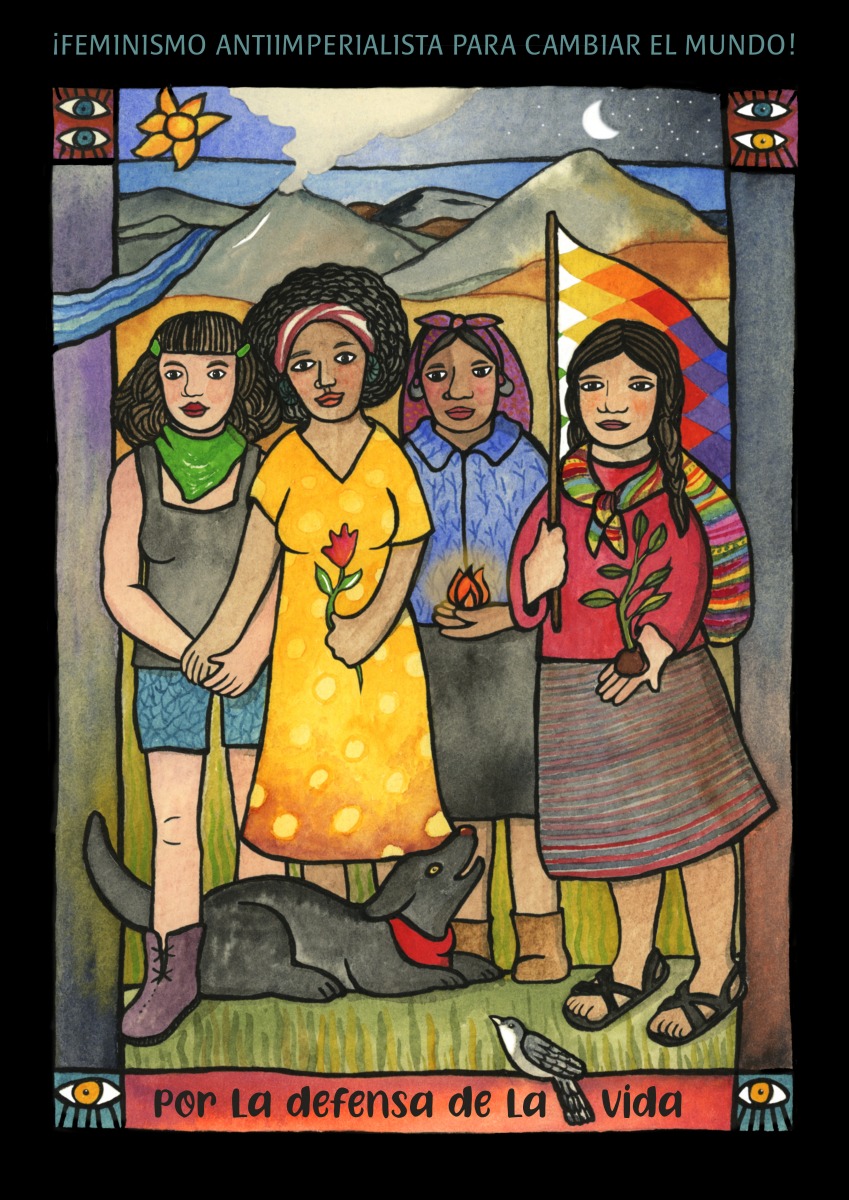 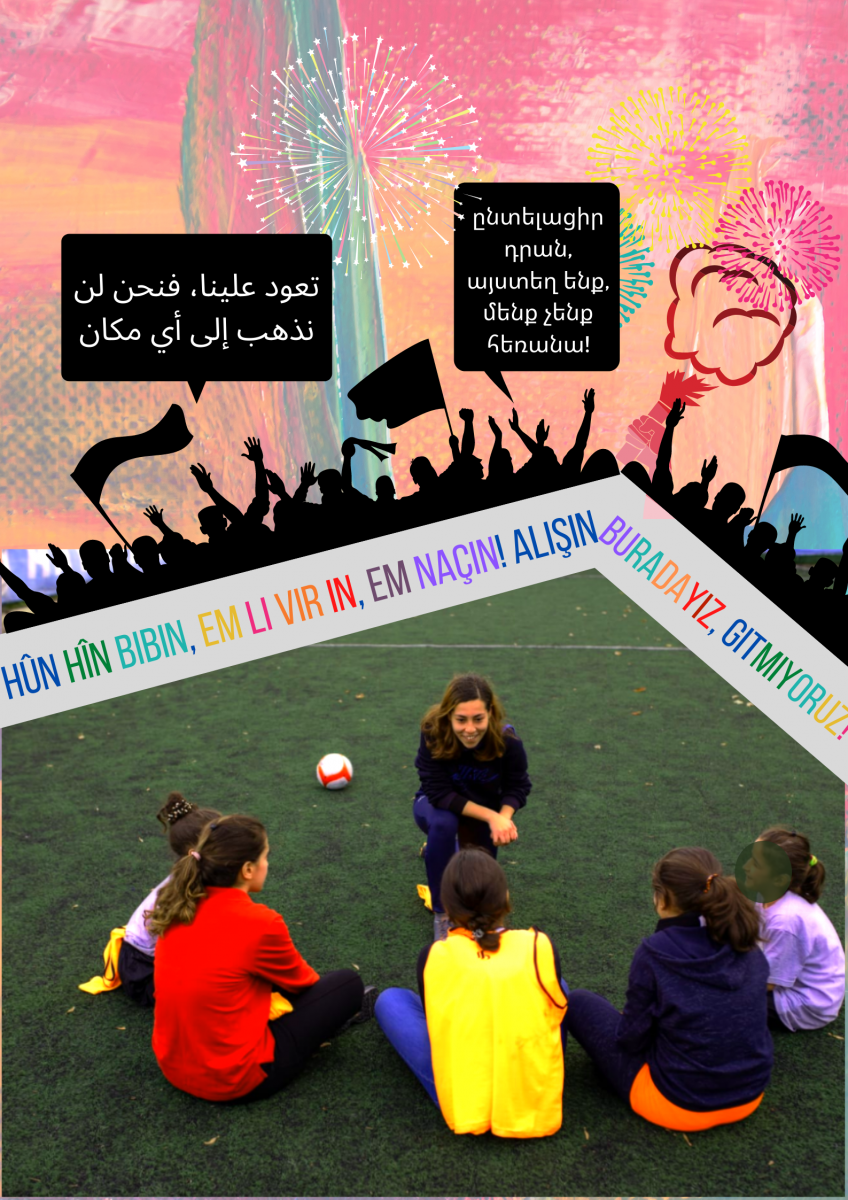 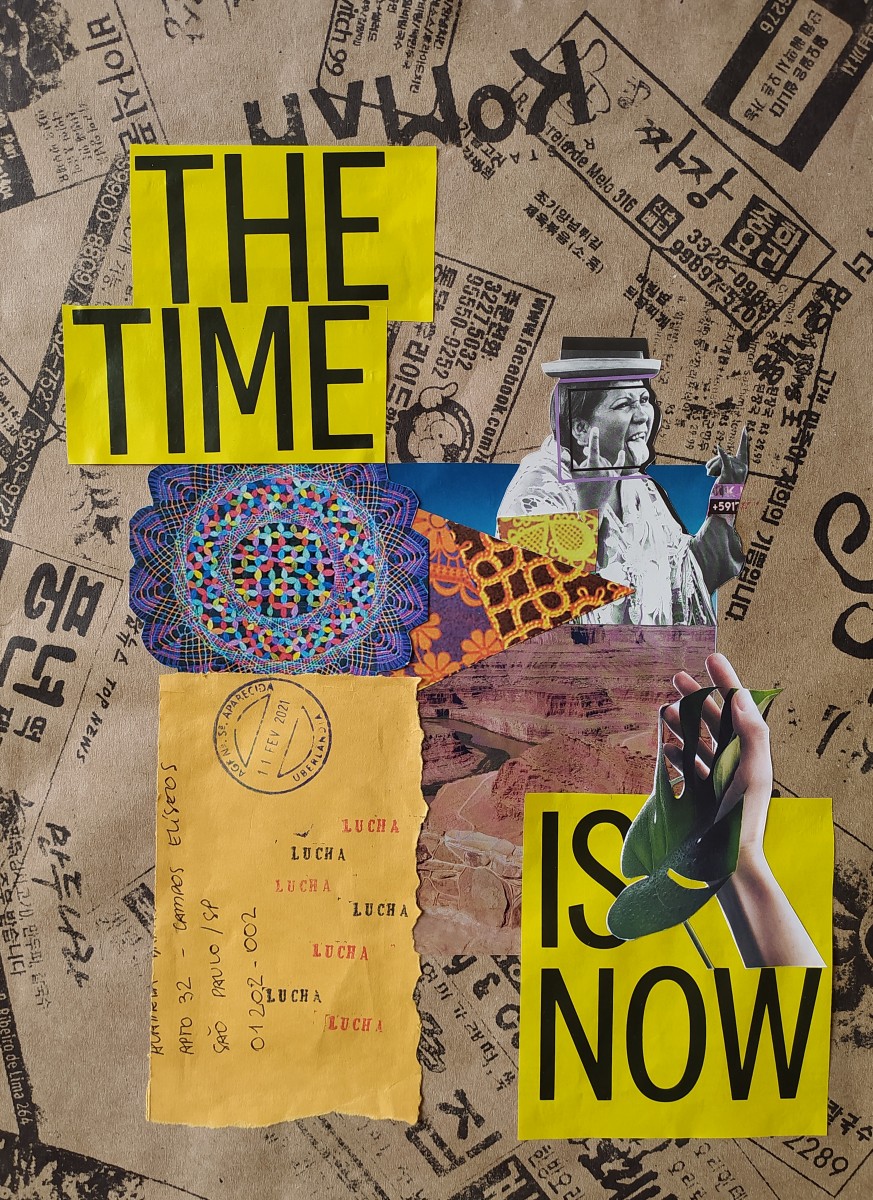 Women are on the frontlines resisting against imperialism, war, violence, blockades, invasions, occupations. From Cuba to Lebanon, from Chile to Turkey, and around the world, working women oppose neoliberalism, corporate power, and the commodification of life and nature. They defend land, decent work, life, communities, the commons, freedom, and people’s sovereignty.

Feminism creates and recreates symbols and alternatives for a society where there is equality, solidarity, freedom, justice, and peace. It breaks the shackles that try to abuse and control women’s bodies and sexuality. It stands up for life and the right to health. It feeds communities and fights hunger, fences, plantations, and racism. It occupies spaces and challenges the sexual division of labor. It keeps the memory of old sister fighters alive and the flame of rebelliousness alive. It practices revolutionary affection and organizes unity in diversity.

Collages, embroideries, paintings, drawings, and pictures with different techniques are some of the things Your text hereparticipants used to create their own way to represent feminism, anti-imperialism, and the desire to change the world. See the images and read what the artists have to say about their creative processes!

Paulina Veloso, Chile. “This image was created to emphasize diversity and plurinationality (Andean, Mapuche, and Afro-descendant) of the feminist anti-patriarchal struggle in my country/territory. It was inspired by the October uprising in Chile, and there are some references to the symbols of rebellion (the ‘Matapacos’ dog) and protest against violation of human rights (eyes mutilated by repressive forces), in addition to the strength of the earth and nature.”

Barracón Digital, Honduras, “Presence and resistance”. “We are the collective Barracón Digital, a safe space for activists where we share and struggle for human rights, like the freedom of expression and digital rights.”

Marcha Mundial das Mulheres, Líbano. “Virginity is a social construct”. “In some medical schools, virginity testing is still taught. This is what made us decide to do a counter attack”.

Marcela Nicolas/Levante Popular da Juventude, Brazil. Photography collage. “This poster is created from photos of actions of solidarity during the pandemic and from the build-up to March 8 this year. It carries the anti-imperialist message of this political moment across the world: VACCINE FOR ALL. I use a phrase of Eduardo Galeano that has already broken fences and large landholdings: ‘If they don’t let us dream, we won’t let them sleep’ to bring hope.”

Eleni Diker and Nil Delahaye/Body Movement for Vulnerable Groups (BoMoVu), Turkey. The writings are in Arabic, in Turkish, in Armenian and in Kurdish and it means “get used to us, we are not going anywhere!”. “As BoMoVu, we salute all girls and women who struggle in the name of sports and body movement in their families, in the house, on the pitch, in changing rooms, in the industry and first of all in their hearts”.

Ana Gouvêa, Brazil, digital collage. “This piece takes its primary inspiration from the political struggle of the Indigenous leader from Brazil Sônia Guajajara, the concept of “améfrica ladina,” of the Brazilian intellectual Lélia Gonzales and the piece “America Inverted,” by the Uruguayan artist Joaquín Torres García”.

Clara Taylor/Code Pink, “Vive la liberté!”, USA, painting and collage. “This poster is in honor of the legacy of the heroic women of the Haitian Revolution and the process of liberation that continue to serve as a guide for resisting imperialism today. The women illustrated in this work speak to the different activities of leadership– the use of culture, religion and art in struggle”.

Elsa Rakoto/Afro-Feminist Collective Sawtche, France, paint on natural paper, “All feminists in the struggle against imperialism”. “I wanted to represent the young Afro-descendant and African women, conscious of the necessity to protect what is living against the murderous machine of heteropatriarchy, of capitalism.” The raised fist, symbol of Black power, is directly contextualized with the necessity to be part of a broader area of struggle.

María Fernanda Ponce/World March of Women, Belgium, “Rana Plaza never again”. “The objective of this poster is to express feminist solidarity against the power of transnational companies, that have impacts on the lives of working women. Today the international, social, sexual and racist division of labor is part of a cruel strategy: socialize the risks and concentrate the wealth.”

Valentina Machado and Valentina Lasalvia, Uruguay, handmade collage with digital touches. “We were inspired by the diversity of the force of women and non-binary people, that together are capable of tearing the system down and changing everything.”

Bianca Pessoa/World March of Women, Brazil, “Women, agroecology, revolution,” digital collage. The struggle of women across the world for the right to land and for food sovereignty. Since 2019, with the preparations for the Margaridas March, I have been in contact with many women from the countryside and I closely follow their struggles that inspire me.”

Medya Üren, Kurd, oil paints. “It’s the unity, equality and democracy resistance that women from Istardan and İnanna have waged against war, discrimination, sexism, racism and oppression. Women who have suffered economic and sociological blows recently have been hit by the masculine mentality. In particular, great wars were waged in our country, such as the annulment of the Istanbul Convention, the arrest of women engaged in politics, and raids on women’s institutions. Women resist, as always”.

Renata Barbosa Reis, Brazil, embroidery and ink. “on our paths, we must take care of each other!”. After reading the text of Elpidia Moreno on Capire, I could not get this line out of my head: ‘You all, friends of the world, can count on Cuban women. We will always be ready and willing to offer our efforts, our inconditional support to the just causes of the people’. I imagined hands that touched and transformed into an international network connected by the necessity to live without exploitation and violence, with freedom and will to impart wisdom without imperialist interference. The purple circles represent feminist militancy that bring possibilities to build another reality”.

Trinidad Quintana Perlingieri, Argentina, “Alive and free”, collage with superpositions and transparencies of cuts of newspapers and watercolors. “I was inspired in my series of work ‘the Juanas’. I wanted the Juanas to reunite in the mobilization of International Working Women’s Day. I am 14 years old, I read and watch films about feminism, I would like to be part of a feminist organization.”

Andréia Dias Pereira/ World March of Women, Brazil, photo. “It is raining, it is sunny! We will be free women, transcendental women.” “They want to colonize our bodies, but we were born to be the flame of freedom, and this makes us free to live.”

Laure, France, digital painting, “All united.” “For me the feminist and anti-imperialist struggle is above all about unity of all and tolerance. The image of the poster is the image that I have of this struggle, a plural union.”

Carolina Aviles Junco and Fabiola Sánchez Quiroz/ Jóvenes ante la Emergencia Nacional, Mexico, ink on paper with digital design. “With a big heart, all of the feminist struggles are here, synchronized to give the pulse of the same rhythm of life, amid the femicides and the sexist violence.” We think of all of those who left a legacy, the great Rosa Luxemburg and Berta Cáceres and other that we represent with flowers. This poster is the result of our discussions and workshops.”

Clarice Schreiner/Feminist Observatory of International Relations (OFRI) and the Group to Assist Immigrants and Refugees (GAIRE), Brazil, “It is important to connect and see history from the eyes of the person who suffers.” “This poster was created through anger. For the anger that I feel with the cruelty of the president. But in making this, the colors highlight our history, our wisdom, the resistance of our ancestrality and the courage of our people. This poster was created to decolonize. Thanks, Alice.”

Evelyne Medeiros/Consulta Popular, Brazil, hand drawn. “I traced with a black pen, inspired in the struggle of invisible women that are at the forefront of diverse struggles, what we call popular feminism.”

World March of Women, Liban. “8th of March, a day we scare capitalism”. “This is to point out that our struggle as feminists is the struggle of all the oppressed against capitalism, and that this day, 8th of March, was the result of worker feminists speaking up not bourgeois white feminists”.

Diva Braga/Consulta Popular, Brazil, design and collage. “The geography of hunger is characterized by gender and color; the geography of struggle also.” “The poster is inspired by the reflection on the role of women in the Geography of Hunger, a book written by Josué de Castro, that with the political setbacks in Brazil and across the world, we see women put back in this terrible geography. However, the poster wants to remember women as protagoninsts in struggle that confront these inequalities.”

Maria Júlia Montero/World March of Women, Brazil, digital painting “Out with Bolsonaro! Down with imperialism in Latin America!”. “Feminism is a collective feeling (and not a lifestyle). I wanted to show several women together in struggle, as if it were a mobilization. The poster affirms ‘Out with Bolsonaro’, becaue this is also an anti-imperialist struggle, as Bolsonaro responds to the imperialist interests in Latin America.”

Eduarda Santos/PSOL, Brazil, “Struggle like a mom”. “The recognition of women workers is still almost non-existent. We need a feminism that takes into account 99% of women to fight against capitalism.”

Sarah de Roure/World March of Women, Brazil, “Team of struggle”, collage and printing. “The women of the Northeast Brazil, the Indigenous people of Latin America, women in struggle across the world, we are advising that the time is now, and we are already engaged in struggle. By combining different languages, the original images that are so diverse show the internationalism of the resistance. Each piece of paper has a story, together they tell another one. The materials used were cut from pamphlets, books, envelopes of person letters and restaurant paper.”

Check out the photo gallery with pictures of May 1, Workers’ Day, in Argentina