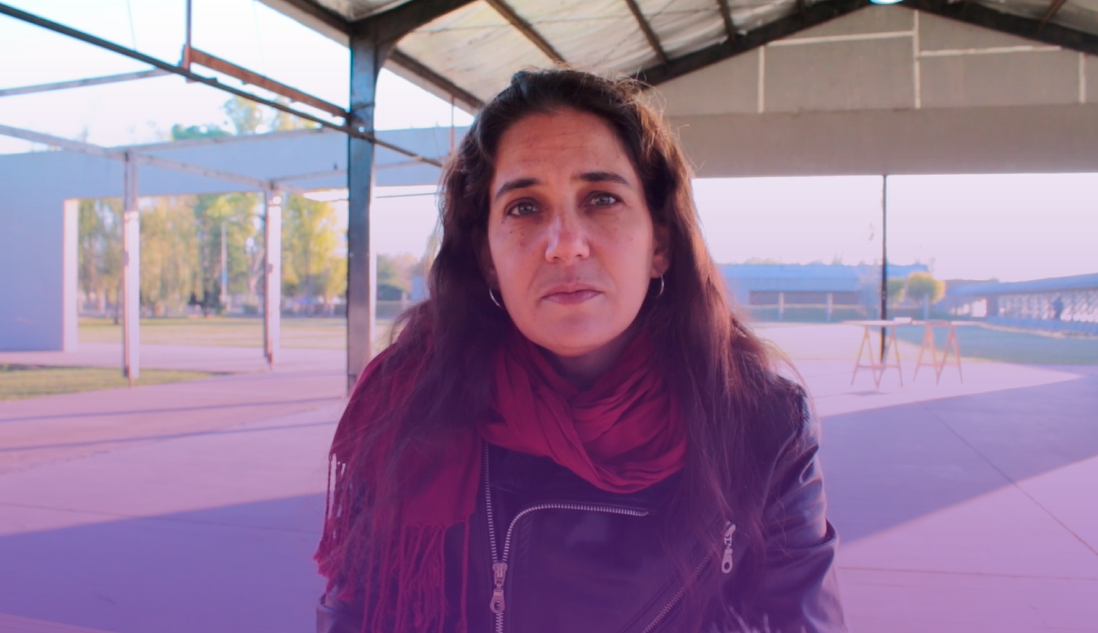 Today we share an interview Llanisca Lugo granted during the 3rd Continental Assembly of ALBA Movements. Llanisca Lugo is a member of the Martin Luther King Center (CMLK) and the World March of Women Cuba. She spoke about the current imperialist offensive and grassroots practices to establish and strengthen sovereignty and integration between the peoples of Latin America and the Caribbean.

“Without integration between the peoples, sovereignty will always be limited, it will always be narrow,” the Cuban grassroots educator Llanisca Lugo told Capire on a cold morning in Argentina, during the 3rd Continental Assembly of ALBA Movements, which took place in April this year. Regional integration is a topic that ALBA Movements is continuously building, as a continental platform of social movements born from the struggles against the Free Trade Area of the Americas (FTAA) and from grassroots resistance in Latin American and Caribbean territories.

Capirespoke with Llanisca about the current attacks by imperialism against ways of living on the one hand and, on the other, about grassroots practices to establish and strengthen sovereignty and integration between the peoples of Latin America and the Caribbean. Llanisca Lugo is a member of the the Martin Luther King Center (CMLK) and the World March of Women Cuba. The full recording is available in Spanish and the interview is translated below.

Can you explain what does the concept of unity in diversity mean to you?

To understand the challenge of unity amid the scenario we are living means, first of all, to understand two fundamental things: who is the collective actor—that is, what is the common aspect that brings us together and means a common body; and what is the project around which this body is built. Unity as an abstraction is a motto, a very difficult flag to support over time, after the specific events that call us and allow us to be together for a while are over. So this collective actor, this common body must necessary be acknowledged in their plural character, in their diverse character: diversity of identities, languages, histories, causes, diversity of pathways, diversity of meanings. This is deeper than we usually think, because we are very used to remaining with what we know, to embracing what is similar to us and putting aside a bit, although not rejecting, but actually not knowing what is different from us. So to really build unity, we must acknowledge ourselves, know ourselves, feel ourselves as plural selves.

But we also must acknowledge ourselves around a political project, which cannot be a motto or a horizon that does not say anything about people’s pressing problems, the needs people feel the most. It is about a project that we must be constantly renaming, embodying, and putting a face on it. Facing this matter, at ALBA Movements we are thinking about our project based on the challenges posed by the peoples’ reality and needs.

What does imperialism mean today? And, on the other hand, what does regional integration mean in face of this imperialism?

Imperialism is not regional. Imperialism is practice, politics, logic, a way of acting and being in the world. It is global and has different actors that also must be exposed and named so that we can understand how imperialism manifests. Because imperialism has a dimension to it that we can clearly see when we see wars, invasions, aggressions, exterminations; but it also has more subtle ways of proceeding, because it chooses its tactics based on the stages of the correlation of forces. What it will never yield is its intention to be an empire, to dominate, control, and regulate everyone’s lives so that we look like the center of power, so that we are not plural. Our plurality, our fundamental wealth, which is our diversity, is the fundamental threat to imperialism.

Imperialism also does not want war. Imperialism wants to dominate quietly and peacefully. This is why the dimension of imperialist culture is so important. This hegemonic culture that pervades us in everyday consumption, that formulates people’s dreams, that permeates social relations, that puts women in situations of subordination without us realizing it, without challenging women for staying at home providing care, sacrificing themselves, without satisfying their rights, and also making us believe that they should be happy and thankful because they have a family that loves them and they have the possibility of not being helpless… These obvious things are also fruits of imperialist culture.

You cannot isolate imperialism and think that it means a US tank barging in a territory—it is that too, but it is so much more. It is making us lose our battle over the meanings and values of a different model and a different way of reproducing life. Youth and many sectors are really being lured. As we become more similar as societies, imperialism is winning its war of domination.

Specifically for Cuba, how important is it to have regional joint efforts?

Without regional joint efforts, no country can win over a national process. When imperialism sanctions, blocks, and aggravates its hostile policies, being capable of eliminating medications, not allowing food to come in, blocking vessels that carry oil, blocking bank accounts, and people are in their cities struggling to eat, when you have this situation of crisis, we understand that, without regional integration, without joint efforts, it is not possible to defeat imperialism, it is not possible to build a sovereignty project.

But without integration between the peoples, sovereignty will always be limited, it will always be narrow, because if we don’t come together—not only with the political concepts that we have as consensus between us, but coming together to produce differently, to share what we produce differently, to create vaccines among all peoples and share vaccines as the result of peoples’ creations—, if we don’t share music between the peoples and the technology that the peoples are creating, then imperialist technology will dominate us, imperialist culture will dominate us, imperialist sanctions will suffocate us, and life will become increasingly difficult. When the peoples are only surviving, there are not a lot of possibilities to become more political, build pathways, organize, struggle, and resist to create a project of justice and equality.

Therefore, integration is vital for sovereignty, equality, and justice. We believe in organizing joint efforts between the peoples because it does not depend on the nature of states and political situations, which can change. It will give us the necessary strength to always enjoy a radical pathway that guides national processes.

We must constantly go from local to regional integration and then go from regional back to local integration. May our social bases be integrated—not with integrated discourses and agendas, but acutally with people knowing each other from the base. May militants be able to express themselves directly, and not be represented by grassroots leaders, but directly express themselves in the integration, creating beautiful things that are being done in Latin America and the Caribbean. There is a lot of power between the peoples when we break some mediations and allow people to flow through the path of dialogue, conversation, and mutual acknowledgment.

Finally, we would like to ask you about the challenges of integration in the Caribbean. How can we bring relationships closer?

There are efforts. Right now, here at the ALBA Assembly, there is a space where sisters and comrades who are part of the Caribbean Peoples’ Assembly [Asamblea de los Pueblos del Caribe] will meet. This assembly will be held in June this year, in Santiago de Cuba, to continue to address topics related to the regional agenda of the Caribbean. For example, in the Caribbean, there is a debate posed to ALBA Movements, and we are discussing the pillars that can impact our contribution the most: we talk about climate change, militarization, food sovereignty, matters that pervade peoples’ suffering, and, of course, decolonization and the anti-imperialist struggle. These are matters that we try to address as the Caribbean, under a motto that comrades from Puerto Rico have very generously suggested: “There is no Americas without the Caribbean.”

Is there some other message you would like to pass on today?

I think we are stronger than we think when we listen to ourselves here and when we feel close to each other. I think that, when meetings happen, we feel again people’s ability to create. It is time to create and imagine. We cannot simply go back to what was not working before, or be stuck in what we think is best. It is time to found new pathways. I think we have to be bolder in our struggles and imagine new pathways.

I believe there is a fundamental theoretical contribution from grassroots movements to rebuild the horizon of emancipation that has been overshadowed. We must study and read our systematization processes to acknowledge it. The processes of the World March of Women, for example, are a powerful theoretical effort to help rebuild an emancipation project. We produce more than we acknowledge. We create more than we know. We must dedicate time and talk about acknowledging it, study between ourselves, and learn that there is an amazing creative force in us, which is not only political and ethical, but also theoretical, and the Latin American and Caribbean left is really missing it.