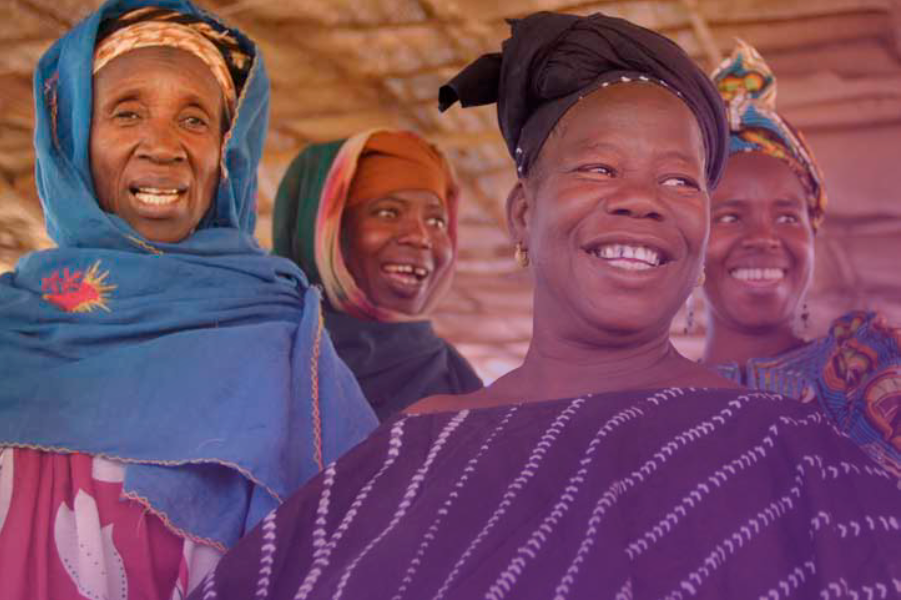 Have you ever been at home picking your meal for dinner? You make a choice based on what you have and like and would want the most, isn’t it? In the food basket regions of Kenya, Nigeria, Cameroon, Uganda, and many other African countries, food is harvested in plenty and the locals can choose their favorite meals to produce and eat, according to their cultures, nature, and organization.

Matoke (unripe bananas) in Uganda, fufu (pounded yam in Nigeria), ugali (in Kenya), there are many staple foods in different African regions. This ability of a region to not only grow crops but grow those that appeal to their culture, taste, and choice is food sovereignty. It is a very stark contrast, although directly related, to food security, which is basically being assured of a meal even if it is not the food of your choice, to ward off hunger or starvation — like it happens during donations to drought-prone areas. The people afflicted have no choice on the kind of meal they have or would like to have, even though they have providence[ASL1]  for a meal to keep them going. It’s the state of assurance, of being able to have a meal for basic human survival, even if it is not something that you would choose or something that is culturally appealing to you.

In the African context, when food or nutrition matters are mentioned, women come into the picture.

In recent times, some of these aspects have changed due to awareness, urbanization, education levels, and even business interests — that is, the emergence of food production as a business entity. And it has resulted in the involvement of all genders, as well as the use of machinery and other chemicals in food production, leading to decrease in human labor and little to no economic empowerment for most families. In the rural areas of Africa though, most of the work is still left to women.

As cities and urbanization increase in Africa, rural areas are responsible for producing the food that is consumed in urban areas. This is because there is a lot of large bare land in these areas, as opposed to cities, which are marred with buildings and houses everywhere. The soils in rural areas are fertile and bountiful, unlike cities, which emit a lot of pollutants and produce a lot of waste, contaminating their soil.

A large problem though facing rural areas is “brain drain,” or rural-to-urban migration, in which many inhabitants, largely young people who make up most of the workforce, move to the city to look for “white-collar jobs,” leaving in the rural areas only the very old and/or people who are emaciated or have disabilities. These people are not suitable workforce for food production. Because of this, a lot of African countries have resolved to import food from other countries.

The convergence of the climate crisis and rising food imports in Africa is a recipe for catastrophe. Unless actions are taken to build up local food systems and reverse the growing reliance on imports of cereals and other staple foods, there will be multiple and more severe repeats of the 2007–8 food crisis that caused food riots across the continent.

With the rising cases of hunger in most parts of Africa, it is pertinent to have locals control their own food production and be self-sufficient. They must have access to land, water, seeds, and means of production, as well as fairly regulated markets, both locally and internationally, which yields economic gains. Israelis, Arabs, and most in Middle Eastern countries live in a desert, yet they have managed to raise their self-sufficiency and food production to suit the needs of their people. In Kenya, for example, people die of hunger in the northern and Rift Valley parts of the country every year, yet Lebanon, like several other Middle Eastern countries, imports soil for agriculture from the same areas in Kenya that are plagued with drought.

Africa’s food forecast for the next decades is troubling. The continent will need more food to cope with a growing population, so much so that United Nations projects dedicated to it will rise from US$[ASL2] 1.2 billion to US$1.7 billion over the next ten years. But, as this demand for food surges ahead, the increasing effects of climate change will make food production on the continent more difficult. Estimates are that global warming could reduce Africa’s overall food production by 10–20%.

In all these aspects, we see that the over-reliance of the cities on rural areas for food production, the migration of most of the workforce to urban areas to look for white-collar jobs, and the idea that farming is a “backward,” “unworthy,” or “retrogressive” activity, as well as climate change and the ignorance of modern farming methods, all that leads to a huge gap in the food basket areas of many African countries, and the inability to attain food sovereignty in many regions of the continent.

That being said, it is worth noting that, despite all these obstacles and hardships, there are some regions of Africa that are closer to attaining food sovereignty and, as a result, almost like a domino effect, food security as well. Sadly, these regions do not make the vast majority of the continent. Every year, Africa makes US$3.2 billion in coffee and cocoa. And every year, Germany alone makes US$4 billion reexporting the coffee and cocoa products it imports from Africa. Africa needs leaders that don’t just sell their countries’ products, but think about an economy for people’s lives.

Be that as it may, Africa has great potential to attain food sovereignty in all its regions, while also building feminist organization and grassroots power. This, of course, will only happen when a few measures are put in place. Some of them include agroecology reforms in food systems to promote a better relationship between work and nature, and better nutrition and health, especially among poor communities. This also helps to ward off or fight diseases like COVID-19 and cancer, among others. Food sovereignty guarantees the diversification of livelihoods and the defense of the dignity and work of women farmers, who are the demographic mostly in charge of this sector in Africa. Food sovereignty is part of a radical process of enabling and empowering people to revive their soils and lands, cultivate strong and diversified crops, and build resilient ecosystems and communities, with no exploitation. For that, we can count on innovative production systems based on ancestral knowledge, meeting the nutritional, cultural, and spiritual needs of the African people.

With these measures, Africa would well be on its way to attaining food sovereignty that has been elusive to most continents[ASL3]  of the world.

Sefu Sanni is from the World March of Women in Kenya. She is also in charge of special projects and correspondence at the Nairobi Young Feminists.