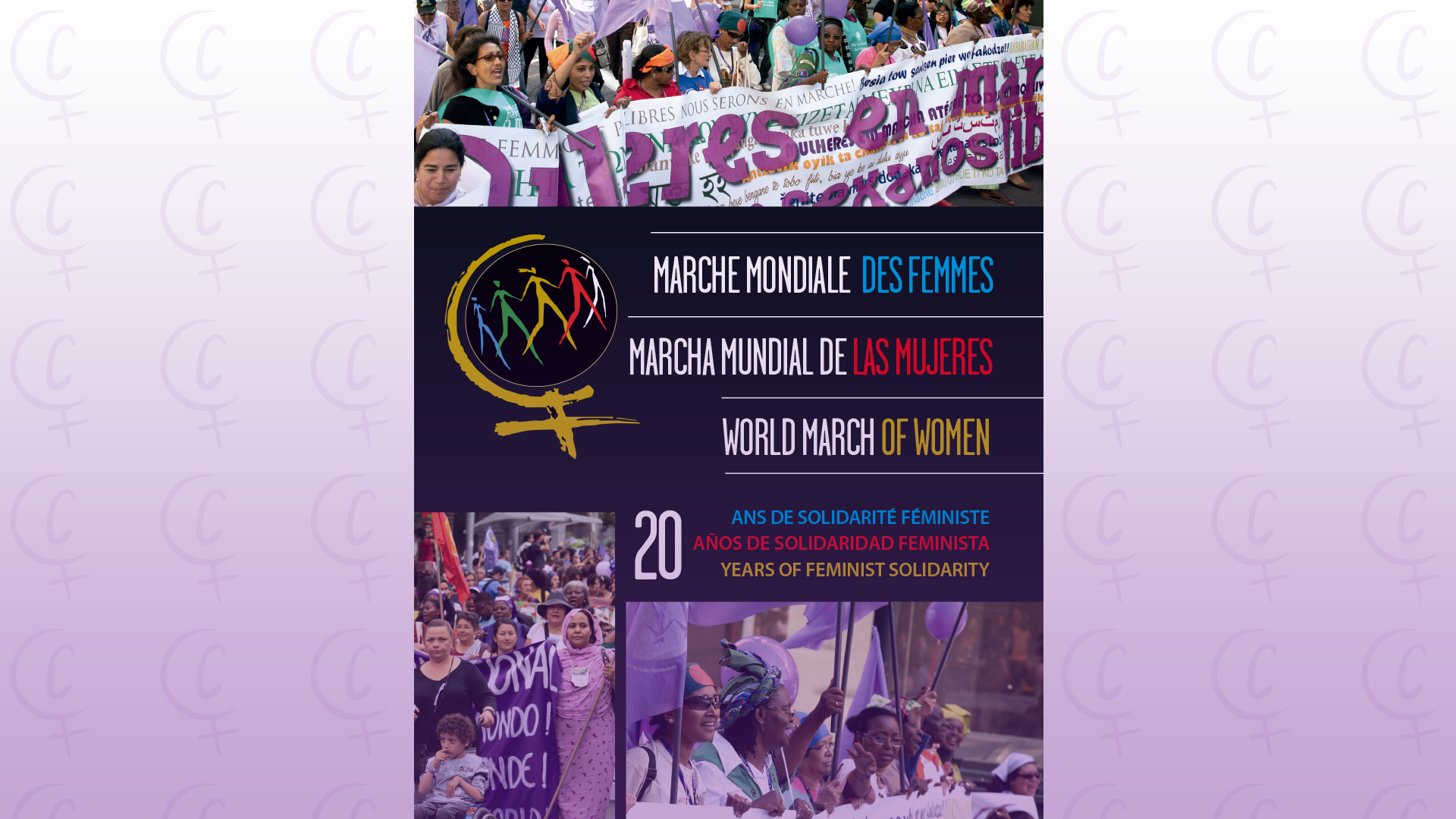 20 Years of Feminism and Internationalist Solidarity in Pictures

Looking back at the history of the World March of Women, a photo book published in Quebec celebrates the 20th anniversary of the movement.

By Marie-France Benoit and Capire

This publication has allowed us to highlight the efforts of militant women from all backgrounds and regions of the world, to pay tribute to them. Marie-France Benoit, a member of the Quebec Coordination of the World March of Women, and Joane Mc Dermott, a professional photographer and WMW activist, wrote the words and researched the photos included in the book.

Publishing costs were covered by the authors and all proceeds will be donated to the World March of Women. The book features a huge number of photographs of women who have taken part in international meetings held by the World March of Women, privileged times that represent the long journey that has led us to adopt the Women’s Global Charter for Humanity (2005) . It introduces readers to the now long history of this international initiative that has no precedent in the history of feminism.

The book provides an overview of great episodes throughout this history and highlights the mobilization, engagement, and solidarity of all these militant women. This is expressed in the book dedication, underscoring that it is dedicated to “all the women and all the activists who tirelessly resist to create an equal, fair, free world in solidarity and peace!”

Unassuming and short, the book sums up our overall history. We also chose to include short texts, in order to publish it in the three official languages of the World March of Women: French, English, and Spanish.

Unfortunately, its official launch, expected to take place on March 17th, 2020, had to be postponed due to the pandemic that is ravaging the world. Because of that, we were not able to promote it broadly outside Quebec. We hope we are still able to launch it properly as soon as conditions allow.