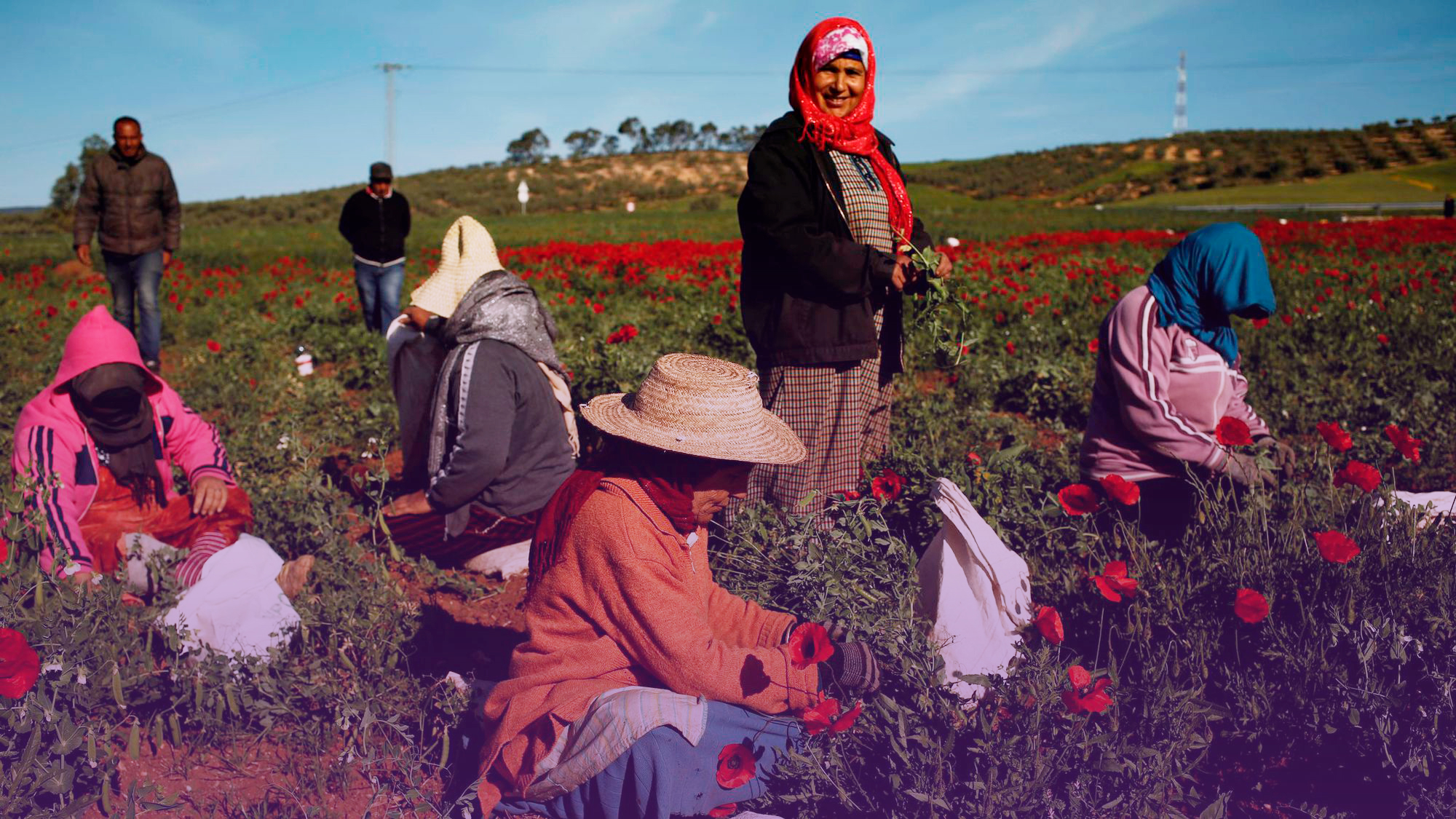 Women struggle for land rights and equal inheritance in Tunisia

Halima Jouini analyzes women’s position in the Tunisian economy and presents proposals based on the women’s movement.

In Tunisia, the issues of inheritance, equitable distribution of wealth, and women’s rights to own and use land are considered the most prominent ones, since discrimination is a reality. The subject is a permanent concern of the feminist movement because it is a pillar of the patriarchal authority. The land issue represents the economic and social dimension of men’s hegemony in society, which justifies and strengthens the exercise of power over women. This is the very basis of a system that, on one side, sanctifies ownership and, on the other side, allows the male gender to marginalize and exclude women.

Women occupy a relevant position in society, particularly those who participate in the agricultural industry producing food for society and working on land, even though they don’t possess it. In Tunisia, the percentage of land ownership for women does not exceed 5%, a number quite close to the global rate. Women’s poor access to land and property rights is thus not exclusive of Islamic societies, but a symptom of the patriarchal system, with a structure that resembles slavery.

The Tunisian Association of Democratic Women [Association Tunisienne des Femmes Démocrates] engaged in a discussion on the subject and made surveys, one of which is being developed in partnership with the Tunisian Human Rights League [Ligue Tunisienne des Droits de l’Homme]. Both associations form the backbone of the World March of Women.

For women, equal inheritance was already considered a matter of justice and human rights before the revolution. This was one of the justifications for the Your text hereYour text hereYour text hererestrictions imposed by Tunisia upon the International Convention on the Elimination of All Forms of Discrimination Against Women (CEDAW). It is also a matter of politics, even if they want to disguise it as a religious issue or a matter related to Sharia, the Islamic law based on the Quran.

Besides, this social issue requires reconsidering women’s position within families, and even rethinking the relations regulated by the Code of Personal Status in Tunisia. While it preserves the patriarchal family structure, the code still is a positive legal instrument, as it does not have the status of a sanctified text, although it is undeniable that its provisions related to family inheritance are to some extent based on the Quran, such as the rule that provides that “a surviving son is entitled to twice the share of a surviving daughter”. The code also classifies inheritance under the category of transactions, and its case law varies according to age, location, and traditions in response to the requirements of time and societies.

The main causes of the Tunisian revolution, which took place between December 17, 2010 and January 14, 2011, were the economic crisis in its basis, the failure of a biased development project based on geographic and gender discrimination, and the refusal to the tyranny of a fascist dictatorship that suppressed freedom both in the public and in the private scope. Tunisian women’s participation in this revolutionary movement is the clear evidence of a wish for freedom and equality, with its main struggles revolving around employment, emancipation, and national dignity.

Feminism is involved with the revolutionary movement, raising the flag of equality for women and for political parties, criticizing the exclusion and marginalization both of the rebel parties and of women in society.

After the revolution, conflicts between the progressive and the conservative reactionary forces emerged and changed the direction of the dispute, which hid a great deal of controversies arising from the different social and development projects. Gender equality became the center of the polarizations and political clashes. This was an important period during which the feminist movement won relevant victories. Such victories include lifting the reservations imposed on the CEDAW in 2011, as well as the struggle to include in the Constitution the principle of gender equality, human rights, and protection to women against violence and discrimination.

The assassination of two left-wing leaders in 2013 was one of the major conflicts ever lived in Tunisian society.

In 2017, we obtained the approval of a comprehensive law for elimination of violence against women. In 2018, a group of specialists and activists was appointed to the head of state in the Commission on Individual Freedoms and Equality to release a report.

A bill was also proposed to amend the Code of Personal Status in relation to equality and inheritance. After the end of the term of office of former president Béji Caïd Essebsi and the election of a new president in 2019, the way was closed. The elected president did not adopt the principle of equal inheritance, although he has demonstrated an approach of justice and equality to economy and human rights. The feminist and human rights movements require equal inheritance as a prerequisite to the achievement of justice and equality.

Family is a private space not subject to equality between men and women. Citizenship is denied to women both in the public and private spheres. Civil society organizations submitted a message to the president requiring a response to such allegations.

The requirement for equal inheritance is still under discussion between the conservative forces and the progressive movement. We consider it the core of the matters related to development, as it establishes women’s property rights that have always been violated.

Regarding the voices that allege that such demands are less important in the current context, we argue that there is not a previously specified time to require freedom, dignity, equality, social justice, and fair wealth distribution. Such demands pertain to all oppressed groups, whether in the countries of our region or in other parts of the world.

Now is the time to challenge the cowards who don’t feel ashamed of living off women’s labor neither of preventing those same women from exercising their most basic rights. Now is the time to enjoy full rights, dignity, and social justice.

We are united: for the right to freedom, to equality, to quality of life, sharing wealth and changing our relation with the land.

Halima Jouini is a feminist militant in Tunisia. She is a member of the Tunisian Association of Democratic Women. This text was originally published in the Sairat Journal, the regional blog of the World March of Women in Middle East and North Africa.