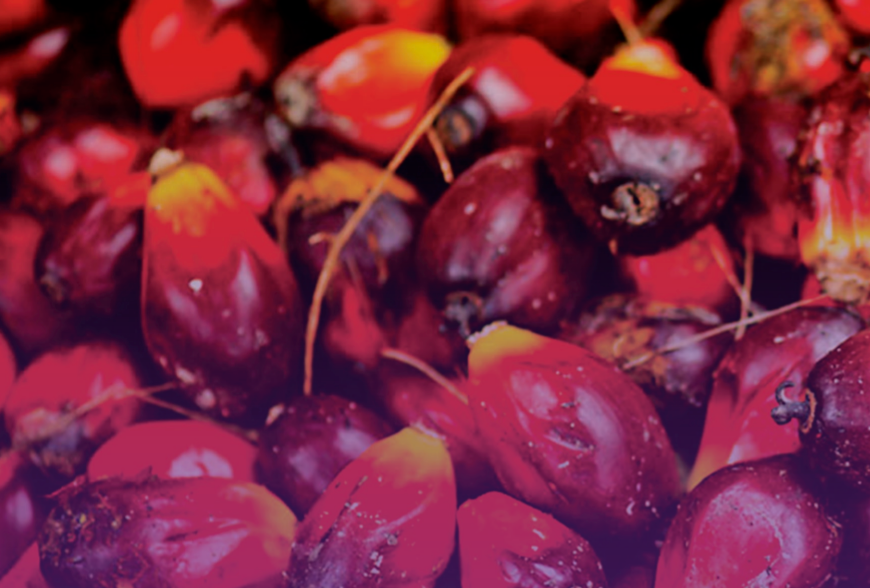 The Traps of the Palm Oil Industry Against Women’s Lives

Read an excerpt from the publication “Nine Reasons to Say NO to Contract Farming with Palm Oil Companies.”

In many parts of the world, companies in the food industry cut deals with governments to obtain land concessions to grow raw materials. The palm oil industry operates in three continents. Their actions in different territories endanger the reproduction of life in local communities, representing a risk to local ecosystems and resulting in new conflicts for the lives of women farmers, as they are targeted by sexual and financial abuse and are overburdened to sustain the life of the community.

As a strategy to maximize profits without “tarnishing their image,” these companies find ways to outsource production, making deals with traditional, peasant, and family farming communities. These deals are traps that endanger their food sovereignty, as they trample over local ways of living and diversity of crops.

As this industry impacts the territories where it operates, communities and environmental organizations have been focusing their efforts on resisting and denouncing these practices. In this process, the World Rainforest Movement (WRM) produced the booklet Nine Reasons to Say NO to Contract Farming with Palm Oil Companies, based on the real-life experiences of farmers from Latin America, sub-Saharan Africa, and Southeast Asia.

Here is an excerpt from the booklet explaining the traps of contract farming created by transnational corporations and the financial market. These agreements can be effective for up to 30 years, which makes them a mechanism to control and keep farmers trapped in practices dedicated to make profits for corporations. As this happens, people are forced to produce palm oil and sell it at the prices established by the companies, while facing risks such as increasing debt and even loss of land. This is one of the reasons to say no to the palm oil industry. We strongly recommend reading the entire booklet, available in Portuguese, English, French, Spanish, and Bahasa Indonesia.

Why are the contracts with companies so dangerous for peasant farmers?

There is a significant imbalance of power between the parties. Companies, governments and banks spend a great deal of money, time and legal expertise writing contracts in a way that benefit them. They have also worked out very effective ways to make sure the other party – the peasant farmer – complies with the conditions set out in the contract. For example, if the peasant farmer fails to meet the terms, the contract says he/she will suffer legal consequences. This may include expensive penalties or even the loss of land. No such penalties or fines are foreseen for the other contract party: the companies, government and/or the banks.

By contrast, peasant farmers have less experience, money and time to dedicate to understand the contract details. For an individual farmer, it may be the first time s/he signs such a contract. The company has probably already signed hundreds or thousands of agreements with peasant farmers in different parts of the world. This experience is reflected in the company’s strategy to get the peasant farmer to sign the contract.

The contract is full of words and expressions that are not used by most people. They are written in the language of companies and banks. Sometimes the contract is even in a foreign language altogether. As a result, peasants sign papers they may not even be able to read or completely understand.

When peasant farmers sign a contract as part of a bigger group, such as an association, they may not even realise that they are signing a contract that obliges them to produce oil palm fruit exclusively for this one company.

How do palm oil companies get peasant farmers to sign the contract?

Being locked into contract farming often starts with someone from the palm oil company visiting the peasant family at home. Someone from a local authority or an official, such as a councillor or Member of Parliament, for example, might accompany the company representative. After having inspected the land together with the peasant farmer, the company representative will talk about their outgrower or smallholder programme and make the peasant farmer an offer to join.

The company will claim that joining its programme can make the farmer rich; that all s/he has to do is sign an agreement (the contract) to plant oil palm for the company on her/his land. The company often promises that the peasant farmer can even continue planting food on his/her land. The company also offers to buy all of the fruit that the oil palm trees produce.

As we will discuss below, this is not an offer but actually a trap. The peasant farmer will not be allowed to sell fruit to other possible buyers and must accept the price set by the company.

Companies and the government, however, present contract farming as a win-win deal. This means a deal that they claim will bring nothing but benefits for both the peasant farmer and the company. The promises that the company makes have just one purpose: to get the peasant farmer to sign a contract quickly so planting oil palm for the company will start quickly. That is why they will make sure that peasant farmers have no time to think about the decision or find information about experiences of peasant farmers elsewhere. Once the contract is signed, farmers are obliged to obey the company rules and have lost their autonomy.

Women tend to carry the heaviest burdens in rural households. If women join a contract farming programme under these conditions, they will be burdened with the hard work of taking care of the oil palm plantation in addition to their existing household chores.

Therefore, when companies highlight the fact that they also sign contracts with women, this does not mean that they have a dedicated programme to really support and empower women. It can be a tactic of the palm oil company in areas where women are running their households alone and the company also wants to access their land. But in most cases, men sign the contracts while women do much of the work on the oil palm plantations outside of the harvesting tasks.

Women then lose out economically on two fronts. First, the men who take the oil palm fruit to the mill are the ones who receive the cash. Second, women run the risk of losing a large share of their access to land and not being able to grow other food crops to sell on their own.

This also undermines women’s capacity to reproduce and transmit their knowledge, practices, uses and traditions around the cultivation of food crops and medicinal plants to their children.