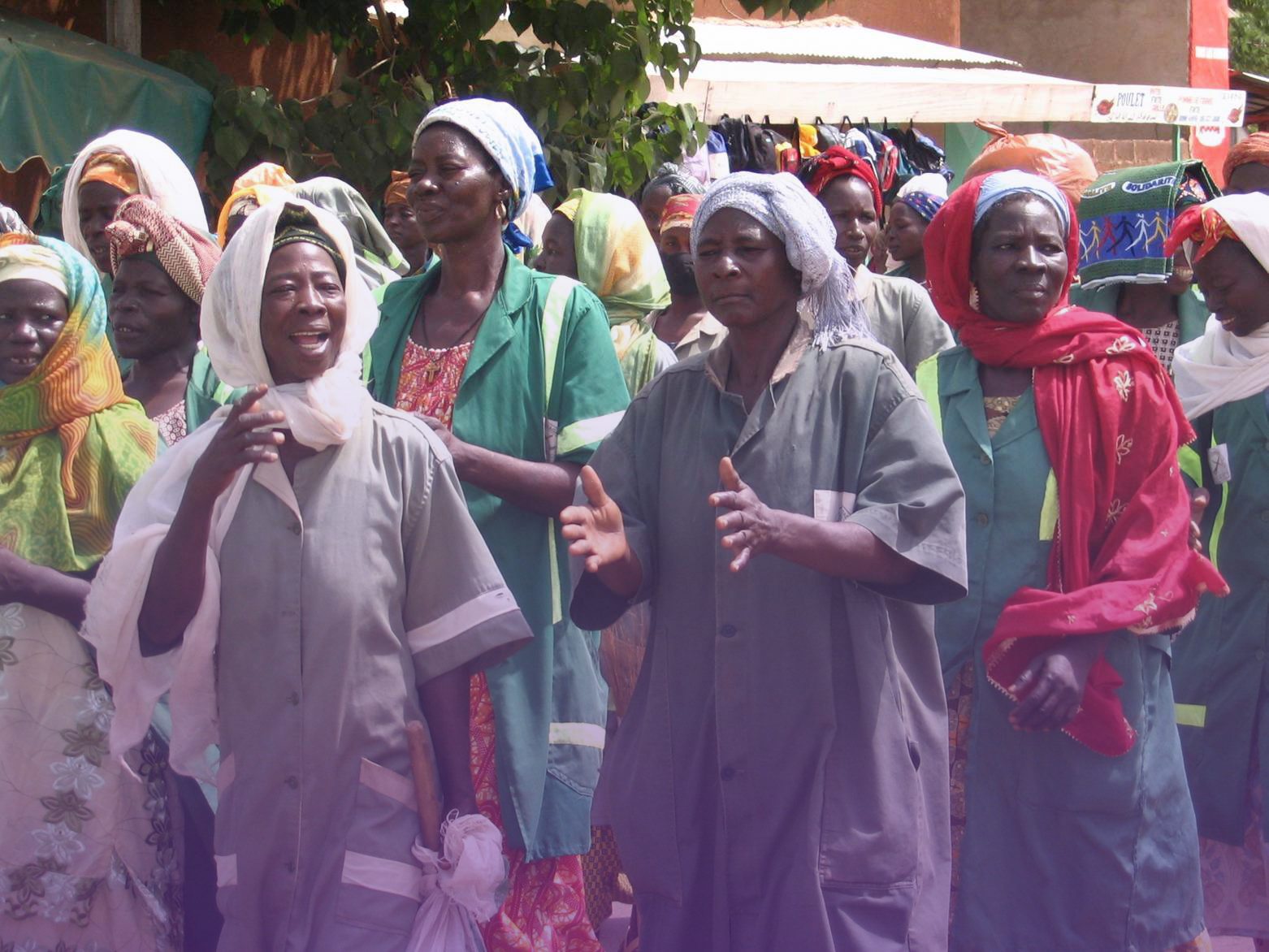 Dignity as Paramount: The Fight Against Transnationals in Uganda

Jean Ngobi, from the World March of Women Uganda, talks about how big international companies are affecting women’s live in Africa

When we talk about transnational corporations, we are speaking about those international, multinational and investments companies that affiliate to the African continent and other countries of the Global South. They are the main reason on how Africa is bleeding, how Africa is dealing with losses and specifically how women’s lives are being negatively affected.

In Africa overall, women represent more than half of the population. If women are the majority and even so they are being more exploited in these international companies, in their relationships, in their homes, then it is society itself that is directly being affected by these explorations.

I believe they are being incredibly egotistical to the population, to the majority of the population that we represent. They don’t talk to the people to see how their work affects their lives, they are not willing to share the benefits of that work with them, but they are still using the resources we have. I am so concerned because big companies are the only ones receiving benefits from this. We see illness, we see nonsense, and even so Africa continues to cooperate.

Africans leaders must answer why the people, and especially the women, are suffering that much with the impacts of big corporations in the continent and in the countries. Our leaders continue to invest and even finance this kind of economic activity. Yes, TNC have improved on employment as they have told us they would. Transnational companies have been credited for providing solutions to Uganda’s employment dilemma, but the dignity of her employees is not counted. They are recruiting more people, but for me dignity is more important.

Companies like TNC here in Africa employ women more and explore them more as well. Women don’t attend enough education to have better jobs so they create a “single opportunity” to give women work but explore them in return. The dignity of the nation is at steak. It is so absurd when leaders bring in these companies because what they offer to them is actually cheap labor, not actually understanding that dignity is paramount.

Creating opportunities for people to work is very significant. But this idea needs to be seen in a perspective that looks attentively to what each proposal means, related to the people’s sovereignty, the preservation and respect with ways of living that already exist and the sustainability of life and nature. When the leaders give our land to international corporations just like TNC, they give those critical areas where people don’t have a proper livelihood.

Large environmental corporations have, over the years, become a transnational industry that manages and exercises control in different areas, in addition to the areas of nature that they claim to protect. TNC and other conservation organizations impose restrictions on the occupation of people and their activities and remove communities from their territories with the justification that they cause forest destruction. These organizations forbid or restrict the occupation of people in the community to their land by law and still significantly modify the routine and day-to-day life of families in the places where they are implemented.

Women represent around 52% of Uganda’s population. However, despite the demographic dividend, the majority of them are at the margins of the country’s development and are not a part of the government. Uganda’s economy is largely controlled by multinational investments while the majority of women (about 81%) thrive on agriculture but do not own their own land and property.

Women and their families are being evicted from their homes so the companies can have land to build their facilities. Because of these evictions, a lot of violations have taken place. Women are being raped, people are being imprisoned. People are suffering a lot and no one is speaking for them simply because the powerful have already taken their loots, they have already taken their bargain, so it is up to the locals to suffer.

Both the political and economic decision making processes for the management and control of multinational companies are largely done by men. It is not a coincidence the unfortunate and clear violence against women in such companies. For example, in the industry, also in oil and gas, transnational companies are harassing women at all levels. Exploitation and violence against women happen in terms of sexual harassment, in terms of economic exploitation, working without having the minimum conditions. Some of the things that are so important to us and to our lives are safety and protection, and they don’t give that freely.

It must be a responsibility of the states and the country must have a better approach to human rights to answer the needs of the people, to give the worth that people deserve, to ensure the rights of the working class in face of these large corporations.

The presidential elections that happened in Uganda on January 14th were an opportunity for women to raise their voices against this nature of oppression. Women of Uganda’s social movements, after a rigorous process of consultations from women survivors, came up with a compact of demands, commonly known as the Uganda Women’s Manifesto 2021-2026. This is a political document developed by women to task key actors such as the government, political parties and candidates to not only understand but become accountable to women of Uganda, whose dignity is relegated in all development processes, including within the ills of multinationals’ investments. These key demands include and are not limited to: resource governance, economic and livelihood development, land and property rights, women’s health, gender rights and political participation, women’s peace and security issues, and more.

Challenges notwithstanding, there is generally a set of demands for our leadership to reflect on and account to as the country navigates the multinational era in relation to the protection of women’s rights.

Relatedly, women have variously contested for political office and, it is hoped that women voices for the legislation, policy and practice of confronting and regulating multinational developments will progressively change and turn into a reality. We also hope that leaders, after swearing in, will reflect on these concerns and perhaps highlight the grassroots challenges to answer systemic and structural gaps sited with transnationals.

What changes with Cuba’s new Family Code, as it will be put to a referendum on September 25th

The Climate Impacts of Carbon and the Lies Behind REDD+

Read the publication “15 Years of REDD,” by the World Rainforest Movement