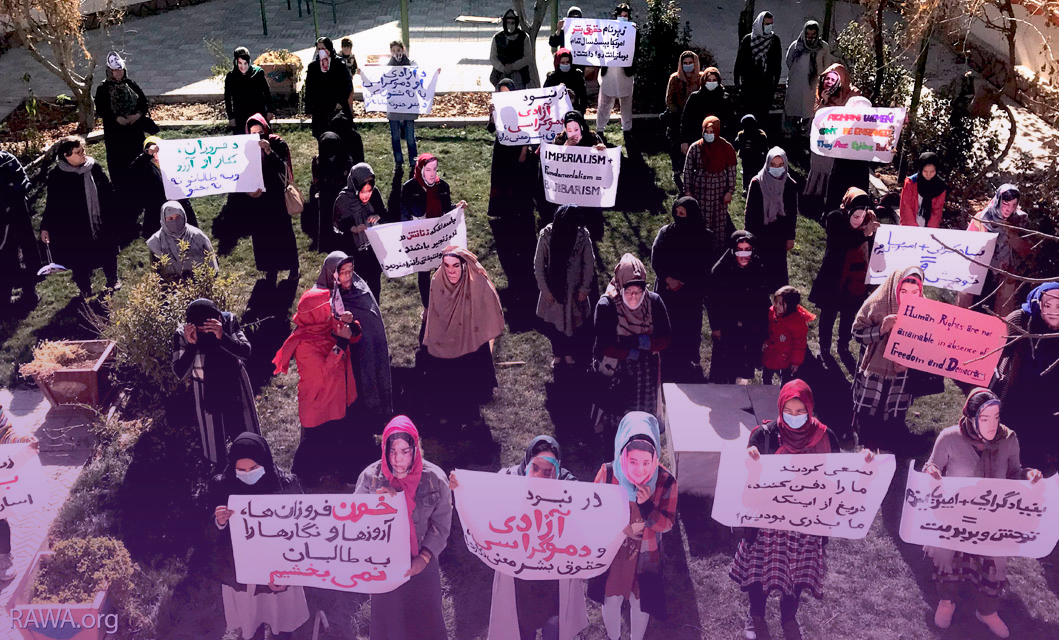 Yasamin Afghan reveals the daily lives of Afghan women and denounces killings and arrests of those who resist the Taliban's brutal regime.

Over the past almost seven months, Afghan people have lost their rights and especially Afghan women have become the main target of the Taliban’s brutal regime. Afghan women and girls are held as hostages by the Taliban and are bargained now and then in case the Taliban want  something from the international community.

Afghan women have been strictly told not to venture outside their homes without a male family member even if it’s a five-year-old male child. Women have been told to cover up and their voices have been forcefully stopped from being heard on radio and television channels though some female anchors are still working but that work is only limited to Kabul city. Outside Kabul, life as whole has become literally a hell to women in Afghanistan.

Women have been told to cover themselves from head to toe in the black hijab, colorful clothes, and high heels have been banned especially for university female students. Recently universities have resumed their work but with segregated classes and female students being stopped for wearing anything deemed inappropriate by the Taliban.

The overall picture from Kabul is grim. Ask women and they tell you that there is daily beating in the bazaars and markets. If a woman is out alone then in no time the Taliban arrive and start beating and insulting  them.

Schools are still shut throughout Afghanistan, even in areas that are considered warm and the biggest excuse so far given was security reasons. The truth is that universities only started because the Taliban want to paint a rosy picture of themselves, but what is really happening  has not been covered by the international or local media.

Afghan women started protesting since day one of the return of the Taliban. That’s why the Taliban are actually afraid of the bravery of Afghan women and that’s the reason that many of the protesters were arrested, beaten and there are reports that they have been raped too. Even now, some women activists are being held.

Activists are traced and killed. Their dead bodies are found or either according to the Taliban “unknown” gunmen kill these women. We, the people of Afghanistan know that the Taliban are the “unknown gunmen” as this was one of the ways that progressive faces were eliminated.

There is heavy censorship in Afghanistan and the local media does not dare to show the brutality of the Taliban. Outside Kabul, there are public beatings and other harsh punishments just like the Taliban’s previous period from 1996-2001.

Afghanistan has already been forgotten especially with the crisis unfolding in Ukraine, the world has stopped focusing on Afghanistan altogether. As the world focuses on Ukraine, the Taliban have been carrying out house to house searches in Kabul, Parwan and Kapisa and arresting people under the disguise of kidnappers, Daesh members and so on. Due to censorship, we still don’t have exact numbers of how many people were arrested.