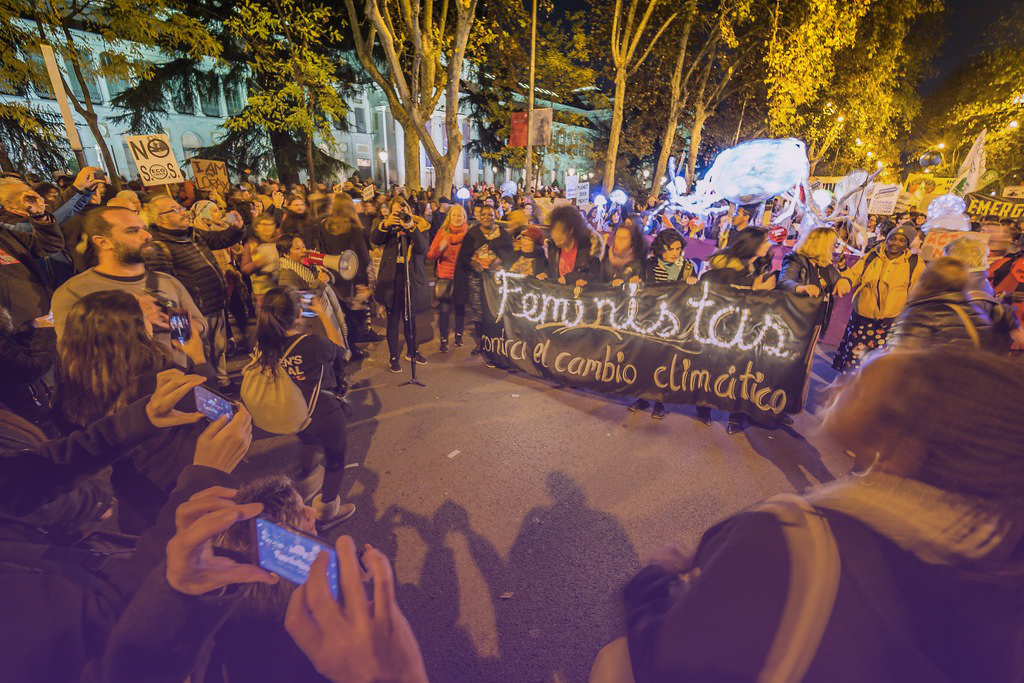 Energy system and climate justice: if it’s not feminist, it’s not just

Read and listen to Karin Nansen’s contribution about the feminist contributions to change economy and the energy system.

In Friends of the Earth International, the struggle for climate justice led us to realize the importance of the need to radically transform our energy system. The current energy system causes climate change and also destroys communities, their livelihoods and their territories. Many communities around the world are fighting to charge this energy system that grabs their lands, forests, water, and women are on the front line of these struggles. This energy system It’s born out of the capitalist patriarchal system, a system based on colonialism, racism and exploitation of nature and people – more specifically, of women’s bodies and work.

We took the concept of a just transition from the Indigenous Peoples and the workers unions who were advancing this need to transit to a new system. The goal goes beyond moving away from fossil fuels. We do need to urgently move away from fossil fuels and mega-dams, but we also need to leave behind the neoliberal paradigm that grants so much power to transnational corporations over the energy system. This paradigm is leading to the privatization of energy and the denial of rights. Many people around the world do not have access to electricity. The neoliberal system that is privatizing and transforming energy into a commodity, is also destroying the lives of so many people. We also realize that there is much more than just changing the sources and technologies.

This is essential, and we learned a lot from feminism in this regard because if we don’t transform our economy, we won’t be able to really transform our energy system. To transform the economy means to look at the way we organize society, work and the satisfaction of needs from the lenses of justice and from a feminist perspective. We need to recognize the importance of care work and care economy.

The energy system needs to be transformed in a way that is at the service of the care economy, the productive but also the reproductive economy and work. We recognize the centrality of work, and this means that we need to move away from this dichotomy between productive and reproductive work. Society as a whole needs to be responsible for care work, we need to share this responsibility between society and the State. It’s urgent to move away from the sexual division of labor that perpetuates the oppression and exploitation of women.

The energy system needs to be organized in a way that allows for the autonomy of women to satisfy their needs and to guarantee their rights. Autonomy is key for women. Many women suffer the impacts of this energy system that denies their rights and turns energy into a commodity. Women must have the right to energy, but they need to have other rights realized, and this means that we need to radically transform our economy. The feminist perspective is fundamental, and it’s not just about recognizing the different impacts of this energy system on women’s lives which are horrible and take place all over the world.

Women are being persecuted, criminalized and killed for resisting such a horrible and detrimental energy system. It’s not just about the impacts, it’s about women who are really the key actors in the transformation. Women are political actors who have a say on how to transform the energy system and on how to produce energy and for what purposes. This needs to be at the center of what we do from now on.

The radical transformation of our society from a feminist perspective led us to the realization of the need to talk about a just energy transition, but also a just feminist transition. Because if it’s not feminist, it’s not just.