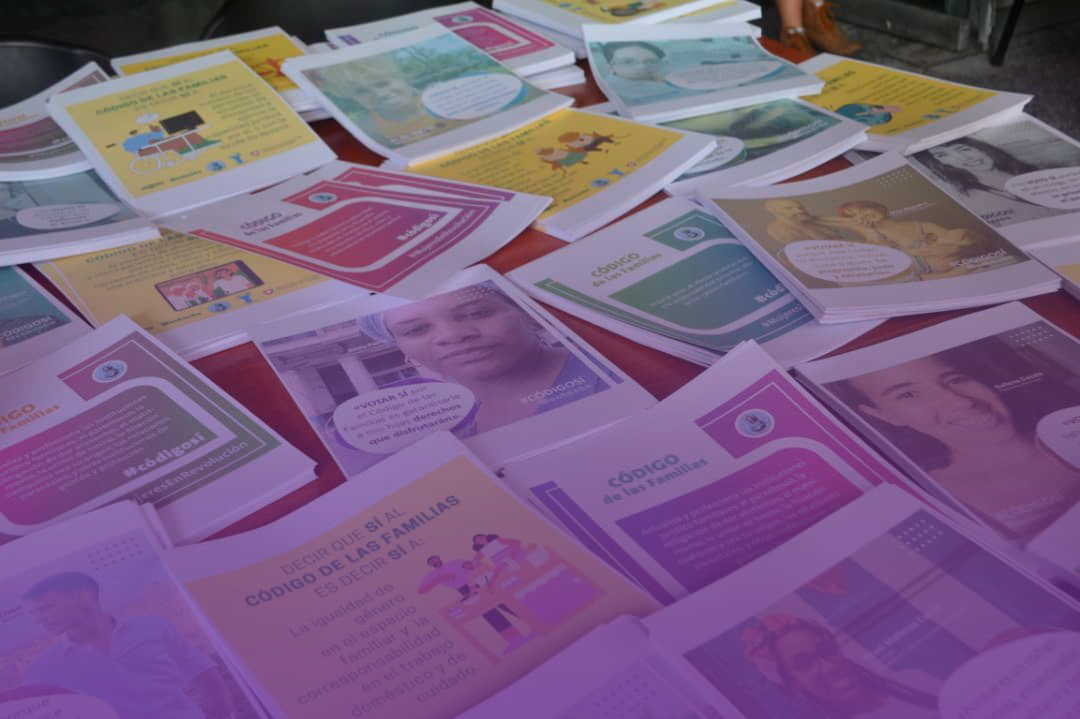 What changes with Cuba’s new Family Code, as it will be put to a referendum on September 25th

On September 25th, Cuba will vote to ratify a new Family Code, based on plurality, affection, and social justice.

The country’s 2019 Constitution had already introduced a number of principles that responded to the evolution, development, and changes experienced by Cuban families. The family structure, established as the fundamental body of society, was, from that moment on, no longer conceived according to the traditional and patriarchal model.

Cuba’s Magna Carta not only set forth the principles of family diversity, but it also established the idea of equality among all people, regardless of race, gender, sexual orientation, or gender identity. Thus, this declaration [which will be put to referendum now] legally acknowledges the same rights and freedoms.

In February and April this year, Popular Consultation processes were conducted across the country to discuss the Family Code draft. In the discussion spaces, the early draft was edited and adjusted according to the perceptions and needs of the Cuban population. According to the country’s National Electoral Council, more than 61 percent of participants said they approve the Code.

This new legislation, which will replace the current Family Code that has been in force since 1975, sets forth a very different concept of family from the religious and sexist standards imposed in the past. It also establishes the paradigm of environments free from violence, respectful and affectionate child-rearing, and a country where all rights for all people are paramount.

A Code for All Families

The structure of the bill that will be put to referendum this Sunday includes eleven titles, 474 articles, 5 transitional provisions, and 44 final provisions.

Militants, feminists, LGBTQIA+ people, and other collectives feel that this Code is a dream that has been enshrined over the course of many years of struggle. A dream that is put on top of a political will to create an inclusive society, with all the nuances and diversity of human beings.

One of its most revolutionary topics—which has been discussed at length in a state that is grounded in a strong base of Catholic and Protestant churches and deep-rooted patriarchy—is the acknowledgment of the legal union between people of the same gender and their right to adopt.

The protection of the most vulnerable segments of society, including older adults, people with disabilities, and people in vulnerable conditions, is included in the substantive text of the Family Code. It acknowledges their rights and sets forth guarantees to enforce these rights.

The new Code also establishes the defense of older adults and their role at home as important and active people, acknowledging their contribution in caring for and protecting babies. Consequently, grandparents are granted the right to raise their grandchildren in cases of parent abandonment or any other reason. It also sets forth the right to self-determination and equal opportunities in the family environment.

Child care and protection has been a key point in the discussion. First of all, the expression “power of the father” [“patria potestad”] is replaced with “system of parent responsibility,” focusing on child-rearing not as an exercise of possession and violence, but rather as a process based on respect, conversation, and kindness. Moreover, children and teenagers are considered rights-bearing individuals, having their ideas and thoughts respected in a manner consonant with their progressive autonomy.

New regulations were created regarding filiation. The current rules include relationships established by blood or adoption, and they will now be expanded to include same-sex couples, introducing the social-affectionate parentage and the acknowledgment of assisted reproductive technologies.

In this era of disinformation, introducing new legal terms has been challenging, due to media manipulation and a highly sexist culture that resists the multiple forms of family structures.

In this sense, religious fundamentalists have created campaigns to support the “original family” and several other campaigns that twist the meaning of parent responsibility and education from a gender perspective.

One of the strategies promoted by religious leaders has been to spread fear about the alleged “homosexualization” and sexualization through education and separation of parents and children when the government sees fit.

Ultraconservative sectors in Cuba are currently dedicated to a highly sexist education, full of gender stereotypes, as well as to exercising child-rearing through imposition.

But their conversation has not been exclusively about the control and manipulation of children. They also question the rights Cuba women have secured decades ago, such as the access to work and abortion. Similarly, they have been reiterating ideas about submissive wives, whose social and divine mission should be exclusively focused on caring for their family and bearing children.

In addition to the homophobia, transphobia, and misogyny that characterize these sectors, the progressive communities of the island also face a number of prejudices and stereotypes that are part of the collective imaginary. The radical right has been using the popular vote as a political weapon, carrying out numerous manipulative campaigns against rights on social media.

The patriarchal structures cemented in society seemed virtually impossible to change. But while raising awareness to end the practices we have rendered natural for decades requires a long-term process, having legislation that acknowledges gender violence, women’s double shift, and the primary role of caretakers while condemning all expressions of intrafamily violence—that is a truly revolutionary step.

This is because the Family Code bill in Cuba demonstrates how necessary it is to have an equitable division of domestic work, as this load has been historically shouldered by women. It acknowledges Cuban women’s right to improve themselves without being overloaded at home, while setting forth for the first time the protection of caretakers and the pursuit of happiness.

Amid this scenario, the struggle for diversity, the respect for women’s sexual and reproductive rights, the end of all manifestations of discrimination, and the condemnation of all kinds of family violence is now more than ever a battle we must win.

Beatriz Ramírez López was born in Havana, Cuba, in 1998. She has a degree in journalism from the University of Havana and works as a journalist at the Women’s Publishing House [Editorial de la Mujer]. She directed the documentary webseries The Cursed Word [La palabra maldita], about feminist collectives and women, for Muchacha Magazine.