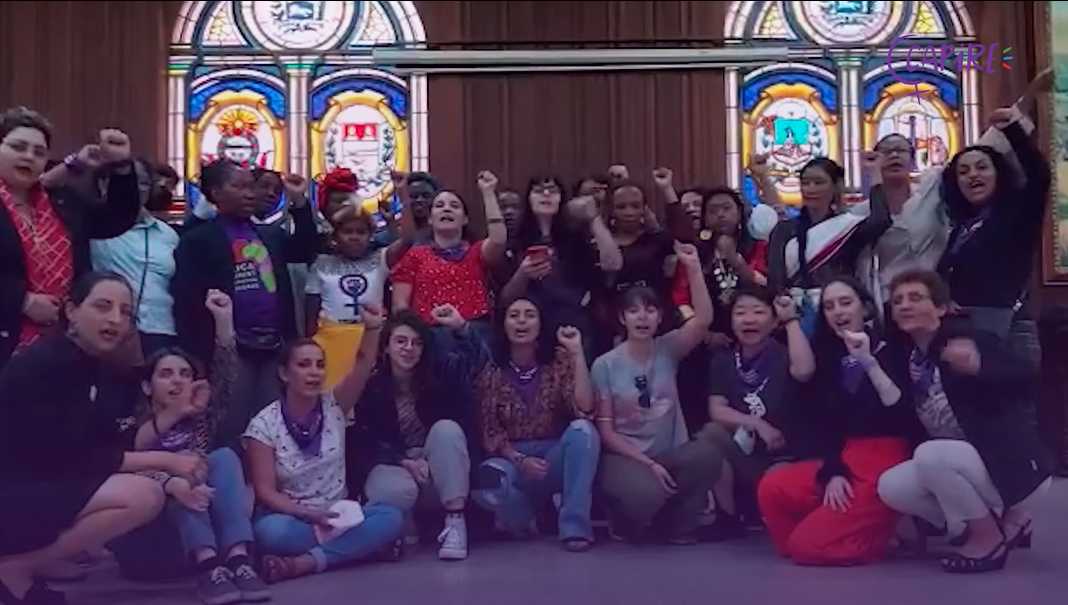 The Simón Bolívar Institute for Peace and Solidarity Among Peoples (Instituto Simón Bolívar—ISB) and the International Peoples’ Assembly have organized an international feminist brigade in Venezuela between June 15th and 27th. The brigade had 28 participants from 20 countries in Latin America and the Caribbean, Sub-Saharan Africa, the Maghreb, Europe, and Asia. One hundred and fifty years after the Russian revolutionary Alexandra Kollontai was born, women from around the world continue to organize and rebel. This is why the feminist brigade was named after her, as a tribute to her struggle and the struggle of women who are dedicated to the promotion of social change and the struggle for liberation.

The activities of the brigade included tours to the states of Anzoátegui, Aragua, and Lara, and spaces of conversation and sharing with grassroots women leaders. These were moments when they were able to present their organizing experiences built during the grassroots governments of Hugo Chávez and Nicolás Maduro. Facing sanctions and an imperialist blockade led by the United States and its allies, women play a fundamental role in grassroots organizing, sustaining life in their communities.

Taking part in solidarity brigades in Venezuela is an opportunity to really get to know the stories of struggle of Venezuelan women, as well as to strengthen the bonds of grassroots feminism between women from different regions and realities. The brigades are a political education practice promoted to strengthen solidarity and realize internationalism.

We share below a video featuring some of the moments and activities of the brigade, with footage submitted by militants of the World March of Women from Venezuela, Cuba, Turkey, and Romania. The narrator, Layan Fuleihan, of the People’s Forum and one of the brigade participants, says that women were transformed by the experience and were “convinced that this brigade is the beginning of a project of solidarity, collaboration, cooperation, and conspiracy between revolutionary women of the world.” Watch it!