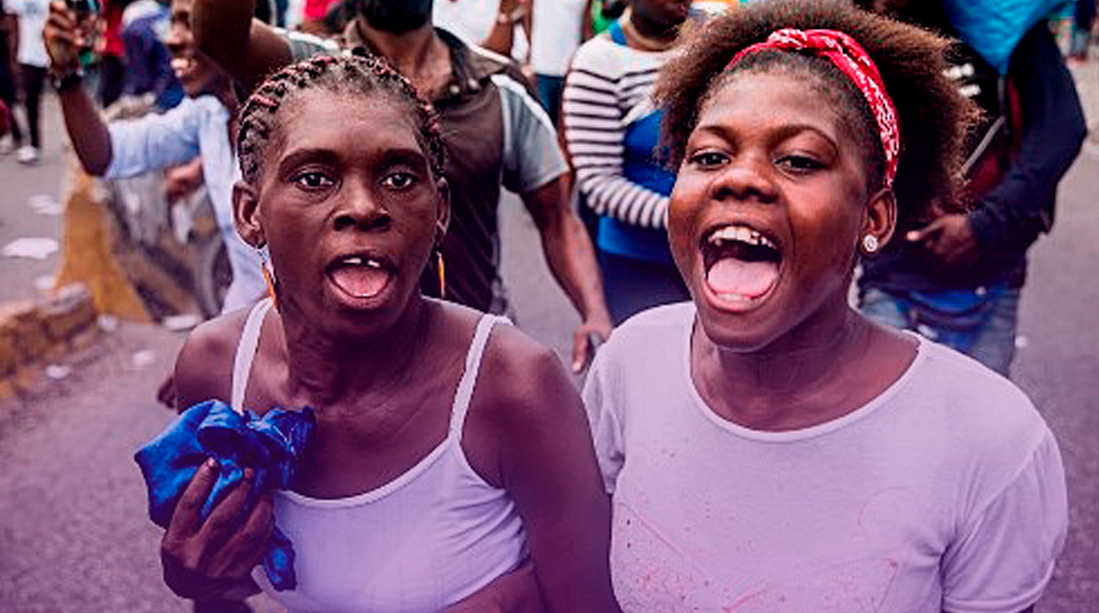 After a four-year term, Jovenel Moïse, of the Haitian Tèt Kale Party (Parti Haïtien Tèt Kale—PHTK)¹ and his politics of massacres and corruption is trying to remain in office by staging a coup. Moïse rose to power by the end of 2016, after an election process in which voter turnout was as low as 21 percent. The country was supposed to hold new general elections in 2020, but that didn’t happen, and now the Moïse administration, which was supposed to step down in February this year, remains in office—with much greater power, because the term of the legislators elected in 2016 has ended. The Haitian people has been taking to the streets of Port-au-Prince and organizing major demonstrations in defense of the Constitution and democracy.

On a video recorded for Capire, Islanda Micherline, a member of the Union of Small Producers of Haiti (Tèt Kole Ti Peyizan Ayisyen), CLOC-La Via Campesina, and ALBA Movements, addresses the crisis in Haiti, the crimes committed by Moïse and his allies’ policies, and their impacts on the lives of Haitians. “There is an obvious desire to twist the current Haitian reality or block any kind of circulation of accurate information about it, to prevent the rest of the world from really understanding what is happening in Haiti,” Islanda says.

Haiti is a country marked by imperialism and militarism, by foreign interventions, a debt economy, dictatorships, and social hardships as a result of major natural disasters. In addition to the practical policies enforced by the current administration, imperialist relationships of exploitation and occupation that have been established in the country for nearly 200 years are putting the lives of thousands of people at risk in rural and urban areas. For all that, the Haitian people has been forged through collective struggle.

The political project that is being undertaken is one of violence, authoritarianism, unemployment, increasing labor vulnerability, and maintenance of inequality. Moïse is backed by the United States and the United Nations (UN), and he is an agribusinessman who profits off of exporting food and natural resources. His government is responsible for strengthening the relationship with foreign businesses and corporations that encroach the territory and nature, aggravating the impacts on the lives and work of the Haitian people during the COVID-19 pandemic.

¹ The name “Haitian Party of Baldheads” (Parti Haïtien Tèt Kale — PHTK) pays tribute to Michel Martelly, a former president of Haiti known for his bald head. Martelly held office between 2011 and 2016, when an electoral crisis ensued in the country.