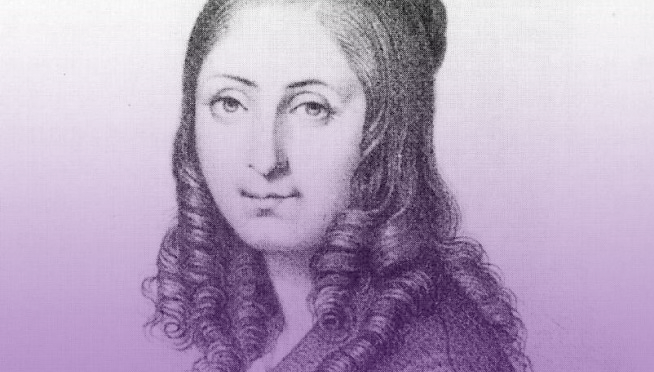 #RedBooksDay | Flora Tristán: writing to emancipate the women and peoples of the world

Read an excerpt from the book “The Workers’ Union,” published in 1843, four years before the Communist Manifesto.

This February 21, independent publishers and left-wing organizations that are part of the International Peoples’ Assembly (IPA) are organizing the Red Books Day. The international mobilization is a way of celebrating the date on which the Manifesto of the Communist Party, by Karl Marx and Friedrich Engels, was published in 1848. In dozens of countries, people will gather to read the Manifesto in its various translations, in addition to other meetings, debates and cultural activities. On social media, people are invited to post photos of their red readings, with the hashtag #RedBooksDay2022.

When celebrating the current relevance and strength of the Manifesto, Red Books Day also reflects on the transformative and collective role of books. A book is not made alone: in addition to always involving many hands in its production process, it brings together the accumulations and bets shared by countless people.

Books can be tools for transformation. They can strengthen our concerns and desires to broaden horizons, and they can also solidify and deepen our critical perspective, necessary to look at the world. We have an idea that a book is an object to be read and understood alone, in a quiet voice. But the reading process does not need to be isolated. When we read collectively, when we debate ideas and proposals put forward by a book, we also create new formulations about the world we live in and how we want to live.

Red Books Day took place for the first time in 2020, called by activists in India. The day also honors the Indian writer and activist Govind Pansare, murdered on February 20, 2015. It is a tribute, then, to all activists who lost their lives for taking a political stand. For Celina della Croce, one of the organizers of the action, “it’s not an option to stay silent. An attack against comrades anywhere is an attack against all of us. The internationalist character of Red Books Day is a way to say that our comrades are not alone.”

Amelia Kraigher, from the International Union of Left Publishers, argues that the event stems from a need to “tight our efforts and make a better world: get the publishing, connect with the publishers that think in the same ways… Then we can translate books that were, until then, unknown for some regions.” She believes Red Books Day is an opportunity to “share our efforts on a global scale, growing in making our vision of a world that can be better for everybody and for many precarious workers.”

Red books, made by the working class for the working class, are fundamental to organize the memory and desires of those who resist around the world. We also draw attention to the importance of “purple” books, that is, feminist books, made by women to criticize the patriarchy and its relationships of oppression, exploitation and control.

For centuries, women have written red-purple texts that question the hierarchies and oppression faced by women. This is a collective effort to integrate women’s emancipation into the goals of the socialist struggle of the working class.

So, within the framework of Red Books Day, we share below the translation of an excerpt from the book The Workers’ Union, by Flora Tristán. “I understood that, once my book was published, I would have another task, to go myself, my project of union in hand, from city to city, from one side of France to the other, to speak to the workers who cannot read and to those who do not have the time to read,” Tristán writes.

Published four years before the Communist Manifesto, in 1843, The Workers’ Union elaborates on the need for international union between workers for their self-emancipation, and also on the role of women in the revolt against social hierarchies. In the work, Tristán denounces that women are treated by society as outcasts, suffering discrimination and political exclusion.

Read the excerpt below, an excerpt from the chapter “Why I Mention Women”:

Up to now, woman has counted for nothing in human society. What has been the result of this? That the priest, the lawmaker, and the philosopher have treated her as a true pariah. Woman (one half of humanity) has been cast out of the Church, out of the law, out of society. For her, there are no functions in the Church, no representation before the law, no functions in the State. (…)

So that is how for the six thousand years the world has existed, the wisest among the wise have judged the female race. Such a terrible condemnation, repeated for six thousand years, is likely to impress the masses, for the sanction of time has great authority over them. However, what must make us hope that this sentence can be repealed is that the wisest of the wise have also for six thousand years pronounced a no less horrible verdict upon another race of humanity — the proletariat. Before 1789, what was the proletarian in French society? A serf, a peasant, who was made into a taxable, drudging beast of burden. Then came the Revolution of 1789, and all of a sudden the wisest of the wise proclaimed that the lower orders are to be called the people, that the serfs and peasants are to be called citizens. Finally, they proclaimed the rights of man in full national assembly.

We have quickly glanced over what is currently going on in the workers’ households. Let us now examine what would occur in these same households if woman were man’s equal.

Knowing that his wife has rights equal to his, the husband would not treat her anymore with the disdain and scorn shown to inferiors. On the contrary, he would treat her with the respect and deference one grants to equals. Then the woman will no longer have cause for irritation; and once that is destroyed, she will no longer appear brutal, devious, grouchy, angry, exasperated, or mean. No longer considered the husband’s servant at home, but his associate, friend, and companion, she will naturally take an interest in the association and do all she can to make the little household flourish. With theoretical and practical knowledge, she will employ all her intelligence to keep her house neat, economical, and pleasant. Educated and aware of the utility of an education, she will put all her ambition into raising her children well. She will lovingly teach them herself, watch over their schoolwork, and place them in good apprenticeships; and finally, she will always guide them with care, tenderness, and discernment. Then what a contented heart, peace of mind, and happy soul the man, the husband, the worker will have who possesses such a woman! Finding his wife has intelligence, common sense and educated opinions, he will be able to talk with her about serious subjects, tell her about his plans, and work with her to further improve their position. Flattered by his confidence in her, she will help him with good advice or collaboration in his endeavors and business. The worker, also educated and well brought up, will find it delightful to teach and develop his young children. (…)

Under the circumstances I have just outlined, the home would create well-being rather than ruin for the worker. Who doesn’t know how love and contentment of the heart treble or quadruple strength? We have seen it in a few rare cases. It has happened that a worker, adoring his family and getting the idea of teaching his children, did the work that three unmarried men would not have been able to do in order to attain this noble goal, Then there is the question of deprivations. Single men spend generously; they don’t deny themselves anything. What does it matter, they say, after all, we can gaily live and drink since we have no one to feed. But the married man who loves his family finds satisfaction in depriving himself and lives with exemplary frugality.

Workers, this vaguely sketched picture of the situation the proletariat would enjoy if woman recognized as man’s equal must lead to thought about the evil existing and the goodness which might exist. That ought to make you become very determined.

Workers, you probably have no power to abrogate the old laws or to make new ones. But you have the power to protest against the inequity and absurdity of laws that impede humanity’s progress and make you in particular suffer. You can and must then energetically use thought, speaking, and writing to protest the laws oppressing you for it is your sacred duty. So now, try to understand: the law which enslaves woman and deprives her of education oppresses you, proletarian men.

To be raised, educated, and taught the science of the world, the son of the wealthy has governesses and knowledgeable teachers, able advisers and finally, beautiful marquises, elegant, witty women whose functions in high society consist in taking over the son&apos;s education after he leaves school. (…) No matter how capable a young man is, if he is fortunate enough to be the protégé of one of these amiable ladies, his fortune is made. At thirty-five he is certain of becoming an ambassador or a minister. While you, poor workers, to rear and teach you, you have only your mother; to make you into civilized men, you only have women of your class, your companions in ignorance and misery.

Thus it is not in the name of woman&apos;s superiority (as I will unfailingly be accused) that I tell you to demand rights for women; not really. First of all, before discussing her superiority, one must recognize her social individuality. My support has a more solid basis. In the name of your own interest and improvement, men; and finally in the name of the universal well-being of all men and women, I invite you to appeal for women’s rights, and meanwhile at least to recognize them in principle.

Thus, workers, it is up to you, who are the victims of real inequality and injustice, to establish the rule of justice and absolute equality between man and woman on this earth. Give a great example to the world, an example that will prove to your oppressors that you want to triumph through your right and not by brute force. You seven, ten, fifteen million proletarians, could avail yourselves of that brute force! In calling for justice, prove that you are just and equitable. You, the strong men, the men with bare arms, proclaim your recognition that woman is your equal, and as such, you recognize her equal right to the benefits of the universal union of working men and women.

Words by Helena Zelic
Translation of “The Workers’ Union” by Beverly Livingston (University of Illinois Press, 1983)
Translated from Portuguese by Carolina Kuhn Facchin