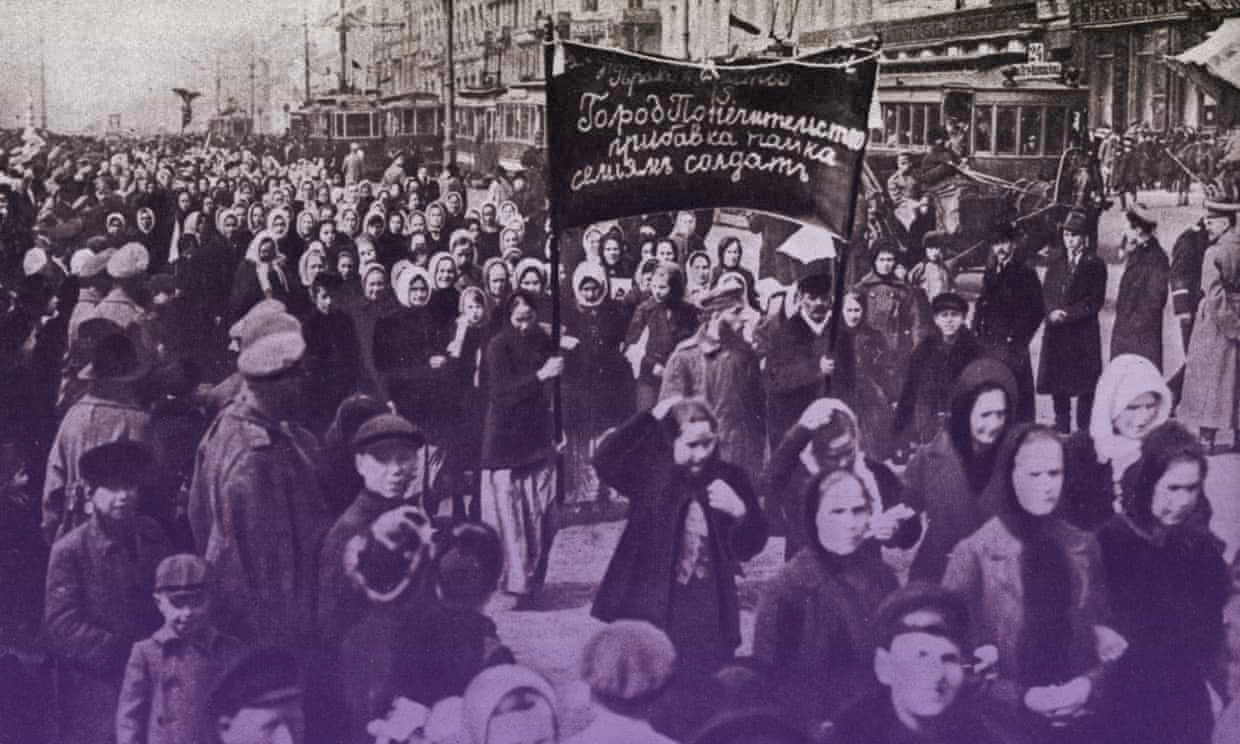 In search of lost memory: the origins of International Women’s Day

Memory, international mobilization and revolution: discover the history of March 8, an international day of struggle proposed by socialist women

The main historical reference to the origins of International Women’s Day is the 2nd International Socialist Women’s Conference held in 1910 in Copenhagen, Denmark. There, the German socialist leader Clara Zetkin and other activists presented a resolution with the proposal to officially institute an international women’s day, following the example of the socialists in the United States.

From then on, the commemorations went on to have an international character, expanding across Europe, from the organization and initiative of socialist women. This resolution and other historical sources prompted researcher Renée Côté to look for the missing links in the history of International Women’s Day. Other researchers have also dedicated themselves to unraveling this story.

Research on the historical sources of the period (newspapers of the time, the socialist press and documents of the women’s movement) shows that the creation of the International Day of Women’s Struggle is the result of international socialist articulation, and that the subsequent definition of the 8th of March for that day of struggle was motivated by the mobilization of women that triggered the Russian Revolution. In the historical sources, no record was found that made reference to a fire that took the lives of many women and that would have been the motivation for the creation of a day of women.

Socialists organize in the United States

The historical sources found reveal the following: the first Woman’s Day was celebrated on May 3, 1908 in Chicago, in the United States, presided over by Corinne S. Brown, at the Garrick Theater, with the participation of 1500 women who “applauded women’s demands for economic and political equality on the day dedicated to the cause of working women,” as documented by the monthly newspaper The Socialist Woman. Finally, the day was dedicated to the cause of working women, denouncing the exploitation and oppression of women, and, prominently, defending women’s right to vote. They defended the equality of the sexes, the autonomy of women, the right to vote for women, inside and outside the party. In 1909, Woman’s Day was an official activity of the American socialist party and organized by the national women’s committee, celebrated on February 28, 1909. Publicity material at the time called for the Woman suffrage meeting, that is, a meeting in defense of women’s right to vote in New York.

Renée Côté found that American socialists suggested a day of celebration on the last Sunday in February. Thus, Woman’s Day in the United States could be held on different dates, and it gained the support of working women, including strikers, with increasing participation.

In 1910, the newspapers reported the celebration of Woman’s Day in New York on February 27, with three thousand women at Carnegie Hall, where the main associations in favor of suffrage gathered. The meeting was convened by socialist militants, but non-socialist women were also present. Several workers from the textile sector participated in this celebration. They had carried out a long strike, which lasted from November 1909 to February 1910, ending twelve days before Woman’s Day.

This was the first large-scale women’s strike in the United States: it denounced living and working conditions, demonstrated the courage of women seamstresses, and received massive support from the trade union movement and the socialist movement. Many of these workers participated in Woman’s Day and joined the struggle for women’s right to vote – won in 1920 in the United States – but, as can be seen, it was not the strike that motivated the creation of Woman’s Day.

An international day of struggle: a proposal from socialist women

In August of the same year, during the 2nd Socialist Women’s Conference, Clara Zetkin proposed, together with other activists, that Woman’s Day or Women’s Day should become “a special day, an annual celebration of women, following the example of the sisters from the United States,” without suggestion for a specific date. Thus, an International Women’s Day is approved, to be organized in all countries, with the central claim of women’s right to vote.

The proposal was published in the German newspaper A igualdade, on August 28, 1910. European socialists coordinated the celebrations of International Women’s Day around the right to vote, linking it to the political emancipation of women, but the specific date was decided in each country.

The Russian Revolution and March 8 as a day of struggle

In February 1917, in Russia, women’s mobilizations took to the streets of Petrograd. They were demonstrations against war, hunger and food scarcity. At the same time, textile workers went on strike. It was February 23rd in the Old Orthodox calendar (which corresponds to March 8th in the Gregorian calendar) when they celebrated International Women’s Day in Russia that year.

Alexandra Kollontai, a feminist socialist leader of the Russian Revolution, wrote about the event and the 8th of March. She says: “Women workers’ Day on March 8, 1917 (February 23, in the old calendar) was a memorable date in history (…). The February revolution began on that day.”

This fact is also mentioned by Leon Trotsky, leader of the revolution, in History of the Russian Revolution. Trotsky says that demonstrations and meetings were scheduled for International Women’s Day. But one could not imagine “that Women’s Day could bring forth the revolution.” Revolutionary actions were being planned, with no scheduled date. But in the morning, despite the directives, the textile workers left work in several factories and sent delegates to ask for support for the strike, “which turned into a mass strike… All went down to the streets.”

In these narratives, it is evident that women triggered the mobilizations and the general strike, courageously taking to the streets of Petrograd on International Women’s Day against hunger, war, and tsarism. The revolution was sparked by grassroots militants who overcame the fears of the leadership. The initiative fell, in particular, to the textile workers, the most exploited and oppressed. The number of strikers was around 90 thousand, most of them women.

In the end, Renée Côté mentions documents from the 1921 Socialist Women’s Conference, where “a Bulgarian comrade proposes March 8 as the official date of International Women’s Day, remembering the initiative of Russian women.”

Thus, from 1922 onwards, International Women’s Day was officially celebrated on March 8 all over the world.

How many times have we heard that International Women’s Day was created in honor of textile workers killed in a fire in 1857 in New York. Or maybe in 1908 or 1910. Or even that the celebration, decided in 1910 at the Socialist Women’s Conference, chose March 8 to commemorate the fire. As we saw above, the creation of International Women’s Day is not linked to the fire that occurred in the United States.

On March 25, 1911, a fire broke out at the Triangle Shirtwaist factory in New York, in which more than a hundred textile workers, the vast majority of them women, died. It was a tragic event in the history of working people in the United States. By that date, however, socialist activists had already approved the annual International Women’s Day.

Mixing, telling and retelling stories linking March 8 to the fire hid the political history of internationally organized socialist activists. Recovering the missing links of facts and history enriches the struggle of socialist women today. The cycle of struggles from an era of great social transformations until the first decades of the 20th century made International Women’s Day the symbol of the active participation of women in transforming their lives and society.

This text is a version of the article published by SOF Sempreviva Organização Feminista on the occasion of the 100th anniversary of the International Day of Women’s Struggle. The article was written by Maria Lúcia da Silveira and the SOF team.