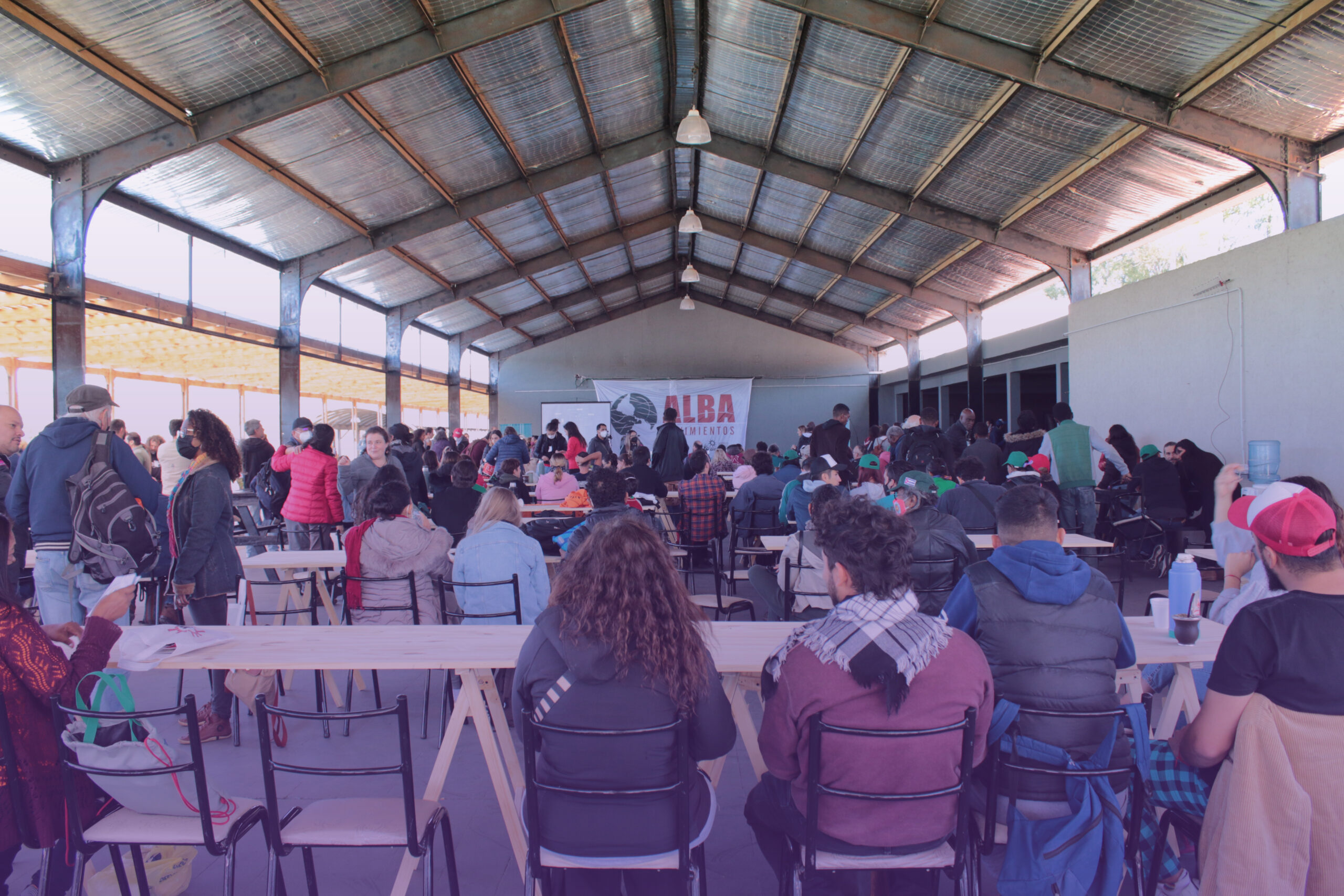 Between the 27th and 30th of April, Capire attended the 3th Continental Assembly of ALBA Movements, a space dedicated to organizing and updating the political syntheses and propositions of this regional platform, which includes grassroots movements from 25 countries in the Americas. ALBA Movements first emerged from the intense struggles against the Free Trade Area of the Americas, a free trade agreement the United States tried to impose on the continent between 1994 and 2005, when it was ultimately defeated by the grassroots struggle.

This process of resistance was key to strengthen the bonds between grassroots movements and the formulation of shared views about imperialism and the attacks of capital against life and territories. On the other hand, through this alliance, organizations have also strengthened each other to propose a common agenda at a regional level, having integration and solidarity as pillars. ALBA Movements was built with the shared horizon of the integration project of the Bolivarian Alliance for the Peoples of Our America (Alianza Bolivariana Para los Pueblos de Nuestra América—ALBA), but coming from the views and actions of grassroots movements.

Many Peoples, One Continent

For all these reasons, regional integration is a necessary political strategy: building it means strengthening the peoples who stand up for themselves and their pueblos hermanos, their sibling peoples. It means changing the basis of the economy, shifting it to the south and the sustainability of life, freeing it from debt and extractivism. It means, therefore, giving it the necessary push toward people’s sovereignty, food sovereignty, and the right to land, to self-determination, and to life free of violence. And only grassroots movements can give that push, as pointed out by Llanisca Lugo, of the Martin Luther King Center, from Cuba, which is part of the coordination of ALBA Movements:

Regional integration is a pillar to face imperialism. Llanisca argues that, “without regional joint efforts in organizing, no country can win a national process, when there is imperialism that imposes sanctions and blockades, which is capable of eliminating medications, stopping food from coming in. We see that, without regional integration, without joint efforts between the peoples, there is no way to build a sovereignty project. Sovereignty is not autonomy, it’s the ability to steer, through people’s authority, the path we want to follow.”

Integration also means achieving shared organizing methodologies and strategies between the peoples, bringing together elements from each people, each culture, each history, creating bridges and lessons. Colombian-born Laura Capote, of the Operational Secretariat of ALBA Movements, shared an example during the Assembly. She said, “political education in Latin America, with the ALBA project behind it, speaks a common language. We are a continent with more than twenty countries and, when we talk about political education, we are talking about the same thing. This is the result of this movement-building process. We think about the power of education for the organization, for its organic character.”

The Half that Cannot Be Overlooked

Feminism has always been part of this process, proposing feminist economy as a horizon and a tool for the struggle toward the integration between the peoples. While on the one hand big corporations and states in the global north grab territories and common goods, exploit labor and the lives of the peoples, feminism places the sustainability of life at center stage and makes women’s political participation visible within movements and communities.

Feminism is stronger than ever today, as we see it across the pillars of work of continental platforms, with a larger number of grassroots women activists, including in spaces of leadership and political representation in social movements. “For many years, the elites, made up of men, have made us the invisible half of history. Today, in the times we live, as difficult as they may be, we have to acknowledge that we are not that anymore. We are the half that cannot be overlooked,” said Nalu Faria, of the World March of Women Brazil, during the opening panel of the Assembly, which discussed the current regional situation.

“Let us never forget what brings us together and that our struggle is meant to take down this system, where the sexual, racial, and international division of labor is intertwined,” she explained, challenging the idea that feminism could divide or break struggles apart. “Our struggle, that is, the struggle of women, Black people, Indigenous people, and LGBTIA+ people, is not a cultural struggle. Understanding that also means challenging the separation between production and reproduction.”

This perspective materializes in the idea of unity in diversity. “This common body, this collective actor must be acknowledged in their character of plurality, diversity of identities, languages, histories, causes, struggles, pathways, meanings,” Llanisca says, adding that, “our plurality, our fundamental wealth, is the primary threat to imperialism, which needs us to be all the same, indoctrinated, disciplined.”