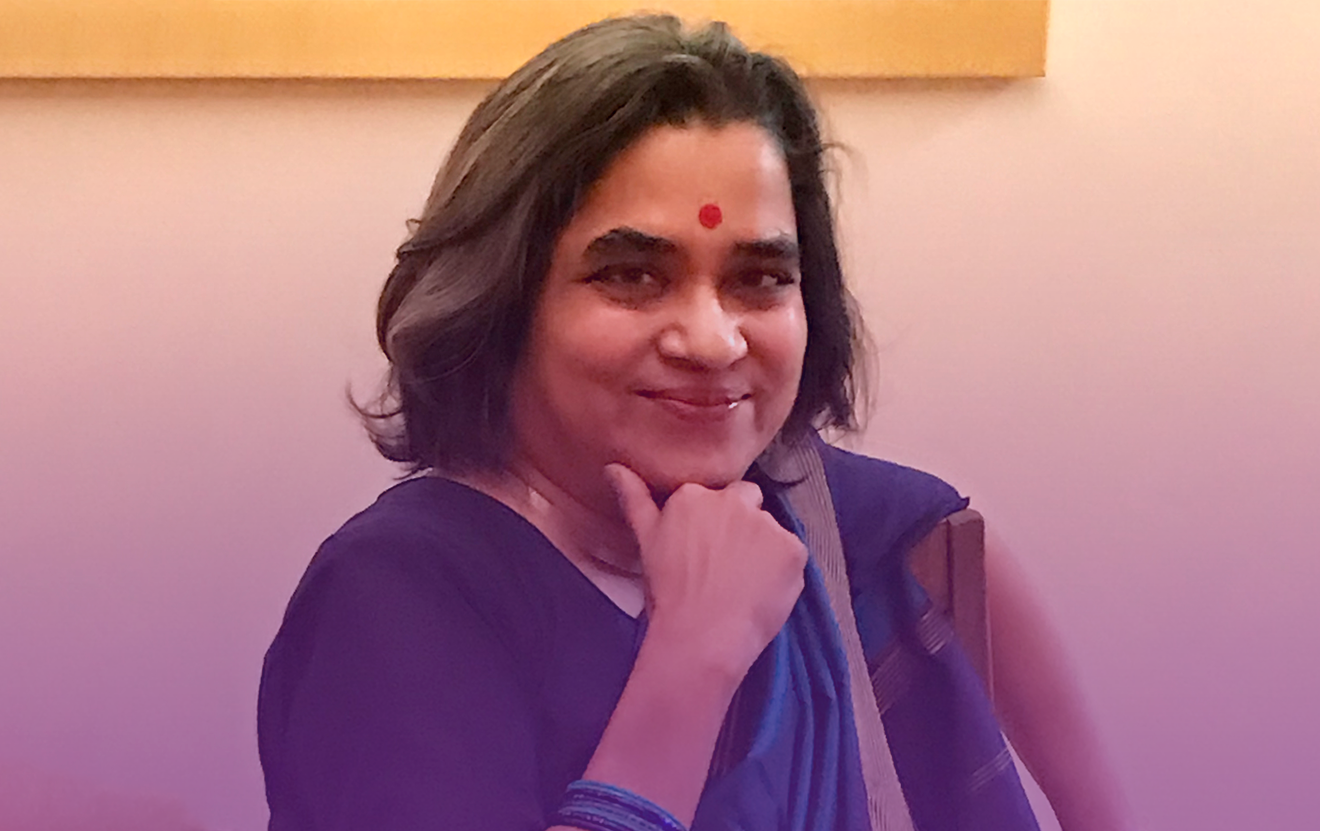 Ruth Vanita is an Indian poet, professor, and researcher. She was a co-founder of the feminist magazine Manushi [“person” in Hindi], edited between 1978 and 1990, and she also authored and organized several LGBTQIA+ poetry and literary critique books in India. In “Speech,” a poem from her book A Play of Light (1994), Vanita talks about love and the need to live it, affirm it, speak about it.

In a 2004 interview to Jayati Lal, of the University of Michigan, Ruth Vanita spoke about the context that inspired her love poems from A Play of Light and about how lesbian relationships are easily suppressed by heteronormative interpretations.

These love poems were mostly about very different relationships with three women in those years. Actually one was before, but the others were 1990 to 1994. And it was just my way of coping with the difficulties of those relationships and in almost all these poems I kept the genders very uncertain, which a lot of homosexual poets have done through time. And it’s ironic that one woman reviewer in India just assumed it was a woman writing to a man.

The first word you said was not ‘love’.
The first word, when you lay, eyes shut,
In a darkened afternoon room,
When you stood, looking down at me,
Meteor in midnight leather,
When you knelt, on a green flying carpet,
Your mouth an unstereotyped rose,
When your hair caught in my lips
And had to be gently unwound.
When you came, at the start, and before
You spoke, your first word,
Your first dream, whisper it, cry it aloud,
Shine on me, rain on me,
Rise slowly on the horizon, and say,
When I ask, the same syllable, bless
Me with simple things, ring me
Round, will me to be found — yes —
yours — yes, and again, again yes.

Check Out the Virtual Gallery “Artists for Food Sovereignty,” by La Via Campesina