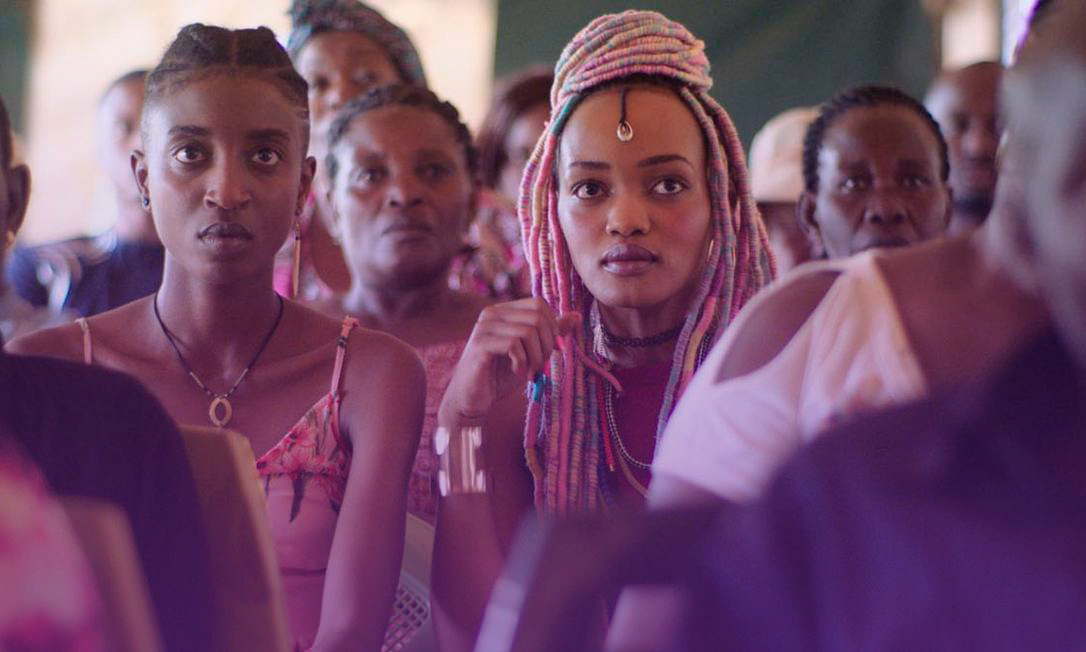 “Rafiki”, a movie about love between women

Read about Kenyan director Wanuri Kahiu's feature film that portrays a lesbian relationship in a neighborhood in Nairobi.

Rafiki (2018) is a feature film about the discoveries and conflicts faced by Kena (Samantha Mugatsia) and Ziki (Sheila Munyiva), two young women living in a suburb region of Nairobi, Kenya. “Rafiki” is a Swahili word meaning “friend”. The film talks about the relationship between the characters, the daughters of rival political candidates and part of different groups of friends. The more they get together and relate, the more they face the embarrassment of silence, heteronormative expectations and violence.

Class differences, gender roles, family relationships and experiences in community are themes marked in the film that open up, fertile, for debate. The narrative is inspired by the short story “Jambula Tree” by Ugandan writer Monica Arac de Nyeko, winner of the 2007 Caine Prize. The main actresses suffered from conservative sectors attacks and the film found resistance to be displayed. “Rafiki contains homosexual scenes that are against the law, the culture and moral values of the Kenyan people. (…) The film seeks to overtly promote lesbianism”, declared the head of the Kenyan Film Classification Board.

Sefu Sanni, activist of World March of Women on Kenya, says that “sometimes you need to shake society with the truth, with reality and even with the unexpected to bring out the truths that are hidden or turned a blind eye to”. For her, “the reality exposed by the movie highlights the love that is non-binary, non-conforming and transcendent of societal views and expectations. Rafiki dared to speak on lesbian love in a society where such a truth exists but is being buried everyday”.

Director Wanuri Kahiu is co-founder of the Afrobubblegum platform, dedicated to telling stories about Africa from a perspective of celebration and joy. Rafiki was the first Kenyan film presented at the Cannes Film Festival in 2018. Watch the trailer below:

Documentary shows some of the thousands of women who make feminism in Brazil a continuous, organized, and grassroots movement.