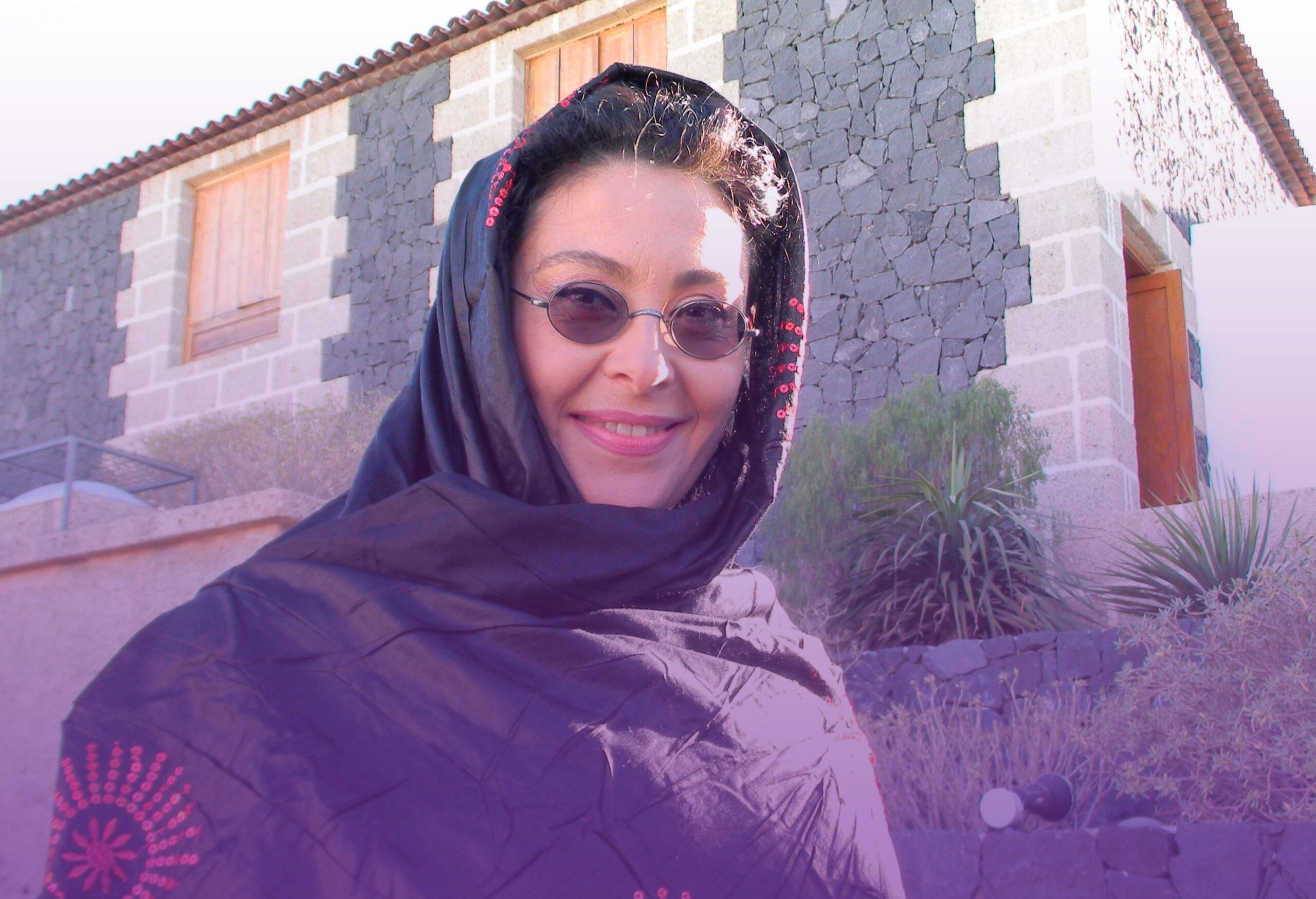 “I Am Sahara,” a poem by Salka Embarek

For the freedom of the people of Western Sahara, here’s a poem by Salka Embarek

On February 18th, the movements struggling for the self-determination of the peoples of the world are mobilizing: it’s Sahrawi Women’s Day. The Sahrawi people has been facing the colonialism of the Moroccan state, which manifests through violence, control over territories and the economy, and political persecution. Women play a key role in grassroots resistance and processes of struggle for self-determination: they are organizing on the front lines and ensuring the sustainability of life in the communities. So here is “I Am Sahara,” a translated poem by the Spanish-Sahrawi poet Salka Embarek.

Salka was born in El Aiune, Western Sahara, and migrated with her family to the Canary Islands. Her poetry usually addresses topics of returning to and the freedom of her territory. She is not alone in her writings: Salka is part of the Sahrawi Friendship Generation [Generación de la Amistad Saharaui], a group of poets writing for the liberation of their people. Salka’s verses create images that expose Moroccan authoritarianism on the one hand and, on the other, the power of anti-colonial resistance. She argues that, “poetry is a voice for resistance, a push for denunciation, a weapon for peace.” She told Capire about her process writing this poem:

“I wrote the poem ‘I am Sahara’ in October 2009, after a spokesperson for the Moroccan regime made some statements disparaging the Polisario Front and belittling the Sahrawi people. He called us ‘braggarts’ and publicly mocked our decision and ability to take up arms again against the systematic violation of our human rights and against their disrespect for international law. His arrogant words encouraged Moroccan settlers in our occupied territories, who attacked Sahrawi neighborhoods and tortured families in broad daylight for several days. With this poem, I wanted to convey the strength of the Sahrawi people and express that we are one, we are united, and we will stand up for our right to exist with the power of justice, reason, and dignity.”

I Am Sahara
Salka Embarek

I’ll be war
and when necessary, I’ll be peace.
I’ll be the peace of war
and the boundary between them
I’ll be the one to draw.

Let them not call me a braggart again,
Let no minister again
tease me,
as during the years of my tragedy
I have taken down some of their walls
and made some false standards fall.

There is no government too usurper
or cruel,
or king too sovereign
that can look me in the eyes
and claim they are not guilty.
They can’t, for they won’t forget the times I have faced them,
exposed them, and won.

I am old now,
It’s been thirty-four years
stomping on my body,
buried under feet of earth.
More than thirty years have left
bitter tastes in my mouth,
some I don’t feel anymore,
others became the arms
of unknown leaders,
of hopeful women,
arms of martyrs who return
spread out on the surface,
answering my call,
of this old woman that I am,
who now becomes young again,
and replenished.

Let them not call me a braggart,
for my children will respond
that my voice is not alone,
I am Sahara.

Intro by Helena Zelic
Translated from Portuguese by Aline Scátola