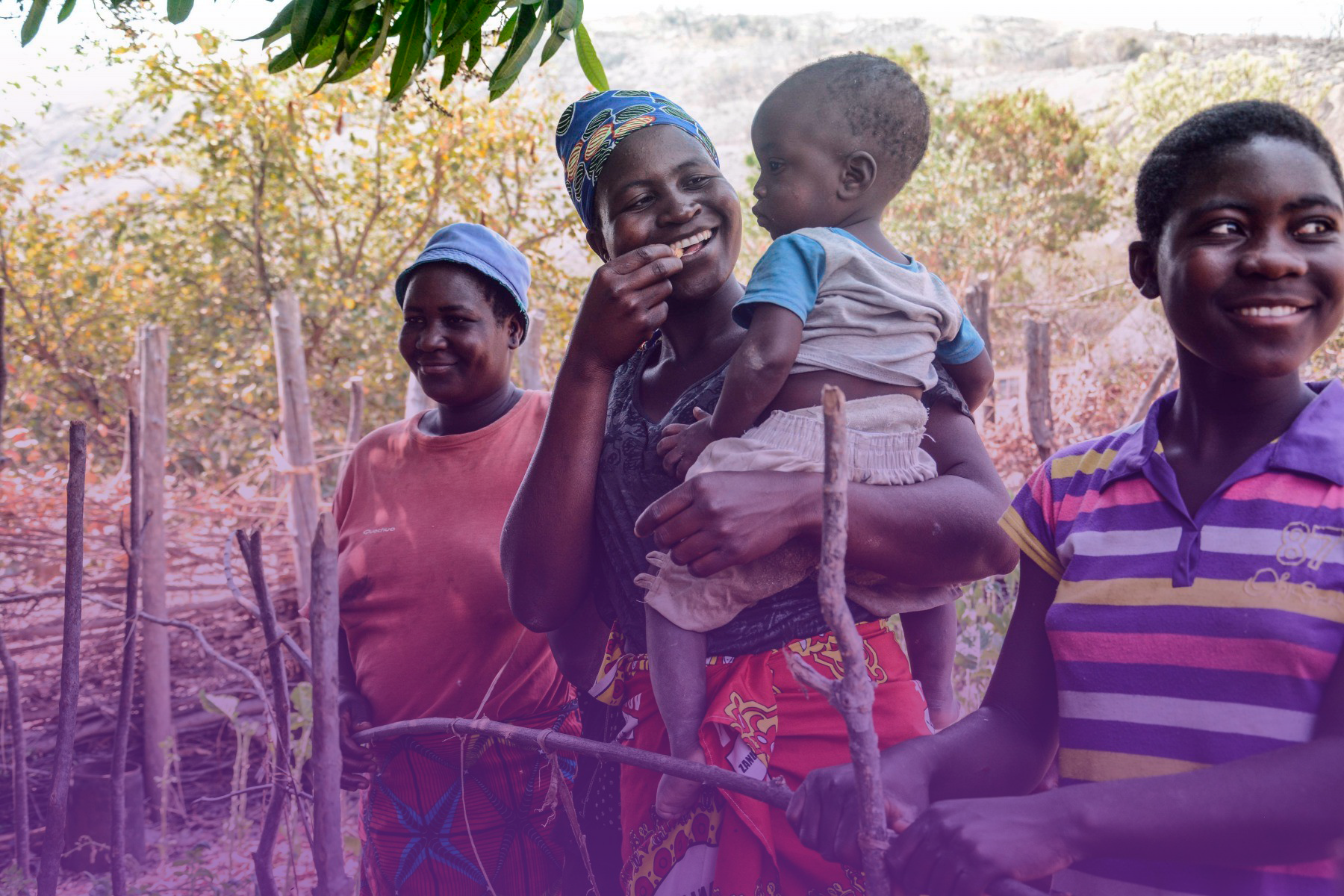 When will we have food guidelines without patriarchy?

Paola Romero Niño talks about the struggle for the right to food for women, girls and non-heteronormative people

Quote taken from CSIPM interventions during the third round of negotiations of the Voluntary Guidelines on Gender Equality and Women’s and Girls’ Empowerment in the Context of Food Security and Nutrition (GEWE).

Every year since 1974, the United Nations Committee on World Food Security (CFS) holds its plenary session. Despite its complicated name and not being very well-known, the Committee carries out the fundamental task of developing policies which enable and promote the implementation of the human right to healthy and adequate food in the world (the right to food). The CFS is a unique space. Not only is it the foremost inclusive international intergovernmental platform to discuss global food policy recommendations, it is also the only body of its kind to take a human rights-based approach in its vision and work. Rights holders, i.e. the communities that suffer the most from food insecurity and malnutrition, actively participate in the CFS through the Civil Society and Indigenous Peoples Mechanism (CSIPM). The CSIPM is an autonomous space made up of thematic working groups, which enable different constituencies, social movements, Indigenous Peoples, trade unions and organisations from all over the world to work together to influence CFS policies for food sovereignty and the right to food. During the CFS 50th plenary session, which took place mid-October 2022 in Rome, the CSIPM Working Group on Women and Gender Diversities carried out important advocacy work on behalf of millions of women, girls and non-heteronormative people. In the following account, we explain how and why, and lay out the path that still needs to be walked.

For decades, women, girls and non-heteronormative people who have historically been discriminated against, marginalised, and subjected to multiple intersecting oppressions, have struggled to advance gender equality and food sovereignty. Behind each human right that has been recognised by the United Nations lies the disruption of the established powers in an unjust and unequal patriarchal society, undergirded by the vital strength of those who feed the world.

Since 2019, a process of policy convergence has been underway at the CFS to adopt the Voluntary Guidelines on Gender Equality and Women’s and Girls’ Empowerment in the Context of Food Security and Nutrition (GEWGE). The CSIPM Working Group on Women and Gender Diversities has actively participated in this process. Within the architecture of global food governance, this Working Group is one of the few spaces that remains for the participation of a wide range of women’s and feminist organisations to advocate the right to food, which is inherent to all other human rights.

Following the wide participation of women in all their diversity, and through their regional consultations, the CSIPM Working Group gathered, in a collective spirit, the main food-related problems and solutions experienced by women, girls and non-heteronormative people. During the negotiations on the contents of the Guidelines, which took place this year of 2022, the Working Group raised these problems and solutions, while also emphasising the political linkages with, among other elements, the right to food; food sovereignty; violence and discrimination; women’s and LGBTQI+ people’s rights; the intersectionality perspective; fair, sustainable and territorial food systems; agroecology; the right to land; access to water and natural resources; the right to peace; the protection of those living in conflict or under occupation; universal social protection and equal pay; access to public services; and the need to reduce, redistribute and recognise unpaid domestic and care work.

However, many States, among others the Vatican (which has an observer status at the CFS) considered the language used in the Guidelines to be controversial. In the absence of technical elements to substantiate this argument, the ideological and patriarchal colouring of their positions became clear. This made evident the emergence of a counter-reform and a setback on what the United Nations system itself previously established. Opponents of the Guidelines are trying to seriously undermine the possibility of addressing issues such as, among others, gender identities and sexual orientation beyond the binary framework; intersectionality, and; sexual and reproductive rights, replacing these with services, or limiting them to the field of health and reproduction.

The main expectation is that the Guidelines become an inclusive, ambitious and transformative policy document with a spirit that truly guarantees gender equality and food sovereignty, which is crucial if they are to have a substantial impact on the communities and territories most affected by hunger. At the very least, these Guidelines should strengthen the protection of those most in need. To this end, States and the United Nations are required to guarantee the language and spirit of human rights.

This means taking steps towards a progressive and transformative language, which interprets the current reality of varying intersecting forms of oppression of women, girls and non-heteronormative people. Much of this language is already officially recognised and interpreted by the United Nations in General Recommendation 34 of the Committee on the Elimination of Discrimination against Women (CEDAW), and the Declaration of Peasant Rights, among others. We must remember that the patriarchal status quo, which shapes oppressive gender norms, exists, and if we do not make progress it will never be transformed.

Advancing in the spirit of human rights. This implies that the ‘grandmother’ United Nations  assumes her history and her legacy and responds in a substantial way, in other words, in a concrete way so as to change the lives of innumerable women, and recognising that patriarchy operates in many different ways. There are situations of discrimination and injustice that prevent the realisation of the human right to adequate food and nutrition, and this needs to be recognised too.

Discrimination and injustice become apparent when, for instance: peasant women are displaced by war and have to abandon their crops; when a woman in the city does not have access to healthy food but rather to ultra-processed food products; when a young woman is raped for going to fetch water; when non-heteronormative women are discriminated against work-wise and subsequently fall into food insecurity; when women are not recognised for their knowledge in decision-making in food policy; and when the bodies of girls are controlled and disciplined in the context of armed conflict.

Two years into the process, the CFS has not yet achieved Guidelines to help realise the right to food for women, girls and all people in these contexts. Recently, the CFS50 Plenary Session agreed to continue with the process aiming to present a document to be adopted at the CFS51 Plenary Session, to take place in October 2023.

The CSIPM Working Group on Women and Gender Diversities considers that the conditions under which these Guidelines can continue to be negotiated with States include the following:

> Build collective work methodologies with guaranteed participation in conditions of equality and through paths that converge. Be clear on what consensus means, as there are regressive positions and unequal positions of power, as well as institutional violence that must be avoided.

> Not question the multiple and intersectional forms of discrimination against women, girls and non-heteronormative people. This means targeting the structural causes and not the symptoms, which is in line with the terms of reference (item 14) of the mandate of the Guidelines.

> That the CFS adhere to what has already been recognised in terms of gender equality, and then make clear what the agreed language is, so as not to allow for setbacks.

> With the aim of guiding evidence-based public policy actions, create a space with experts who provide information, data and arguments that is free of conflict of interests. The data must go beyond what exists, given that the current information systems are androcentric and sexist, and have few gender variables. Qualitative data is needed, and analysis frameworks need to be wider in scope, so as to draw attention to the food process and care work. Women are not merely numbers.

States have here a unique opportunity to recognise the reality of those who feed and care for the world. We can contribute, redistribute and do food justice. Therefore, States must listen, all the while remaining open and inclusive. If this is not achieved, history cannot be changed. The majority of people on the planet, women, will continue facing hunger and malnutrition.

It is for these reasons that the CSIPM Working Group on Women and Gender Diversities published a statement on the process. The statement can be signed by both individuals and organisations.

Each form of discrimination and injustice hinders us from realising our human right to adequate food and nutrition!

Paola Romero Niño is member of the CSIPM Working Group on Women and Gender Diversities. She is the FIAN Colombia Project Coordinator and Coordinator of women’s rights and gender. This article was written with support from CSIPM Secretariat.